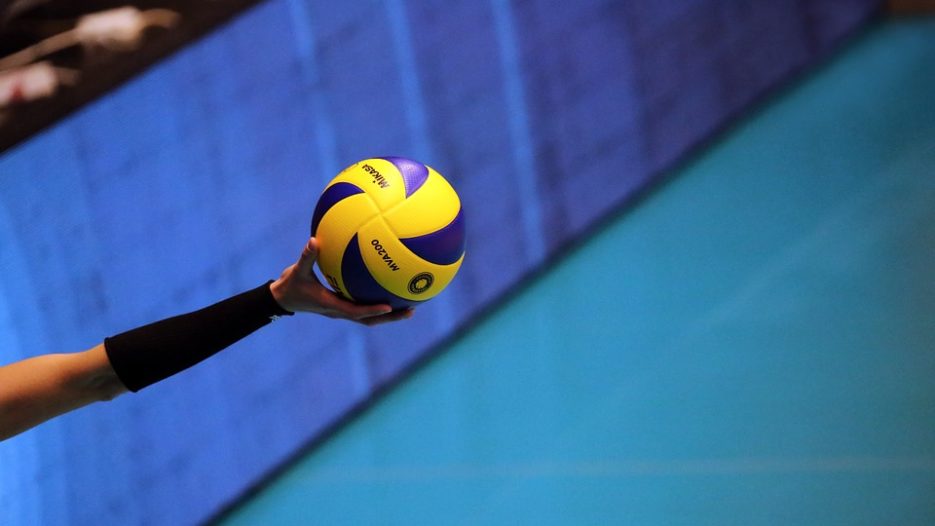 The Status of Volleyball in China

In China, the national female volleyball squad stands head and shoulders above most Chinese sports teams. Almost four decades after first making it to the top, the team continues to be an inspiration. For a country once called the “Sick Man of East Asia,” sports hold a tremendous significance that goes beyond itself. In China’s 70-year leaping development, sports have been playing an indispensable role in inspiring generations.

How popular is volleyball in China? Chinese people are pursuing the sport. The women’s national volleyball team is among the best squads in the world, winning numerous Olympic and World Cup titles. Their increasing achievements contribute to the popularity of volleyball in China.

The Chinese female volleyball team transcends generations. In 1981, this group of heroines defeated Japan 3-2 to win their first FIVB Women's World Cup title. The victory is a significant patriotism and morale booster for Chinese people. It came at a time when the world hardly recognizes China’s might.

The team continued their gold medal haul at the 1982 World Championship, the 1984 Olympic Games, the 1985 FIVB Women's World Cup, and the 1986 World Championship. Despite their undeniable dominance on the global stage, the Chinese squad receives limited financial support. As a result, they had to train under arduous conditions. At the time, their training court has cement flooring full of potholes. During training, the volleyballers often hurt their bodies after rolling on the ground to recover the ball.

For all the challenges facing the team, they chose to move on instead of complaining. They amazed the entire country with a dramatic title-winning run. The squad is admirable for many things. These include their remarkable dedication, unyielding spirit, and resilience.

Fast forward to the Athens 2004 Summer Olympics, the Chinese female volleyball squad once again touched the heartstring of the entire nation after winning against Russia in a thrilling final. Russia was leading two sets to none and was well underway to clinch the victory. However, China mounted an unbelievable comeback. They fought tenaciously to tie the ballgame at two sets apiece. Since then, China played flawlessly, taking home the title-deciding final set.

Younger Chinese female volleyball teams echo the success stories of their predecessors. But the difference is that China is now a sporting powerhouse. Recent achievements symbolize China’s continuous progress and unstoppable preeminence in volleyball.

Nicknamed the “Iron Hammer,” people admire Lang Ping for her tactical brilliance, fierce spiking, and elegant athleticism. She joined the newly formed Chinese National Team as a teenager. Lang debuted her international career with a bronze medal at the 1978 Asian Games. She served as the lead spiker of the dominant Chinese National Teams in the early 1980s.

After ending her playing career in 1986, Lang coached US and Italian volleyball teams. In 1995, Lang became the first female coach of a Chinese National Team and a top rank squad. The volleyball legend coached the National Team to a gold medal at the 1998 Asian Games and 2016 Olympics in Rio de Janeiro, a silver medal in the 1996 Olympic Games and the 1998 World Championship, and a bronze medal at the 1995 World Cup.

The 2016 Rio Olympics victory made Lang the first volleyballer to win Olympic gold medal as both a coach and a player.

“Talent and hard work are equally important when it comes to being successful as a player,” Land said. “Mr. Yuan Weimin, my first coach in the national team, played the biggest role in my volleyball career. Mr. Yuan guided me meticulously and introduced me to a new, higher level of volleyball,” she added.

Zhu Ting is a household name in China. That is due to her outstanding leading role in winning the finals at the 2019 World Cup and the Rio Olympics. Add to that her glittering three-year stint at the Turkish club Vakifbank in Istanbul. During these years, Zhu won six MVP titles in different tournaments. She twice helped the club bag the league championship, scoring 2,150 points over 125 games.

In her first international outing, Zhu bagged a silver medal at the 2011 Girls U18 World Championship. She got her first MVP award the following year at the 2012 Asian Junior Women's Championship. The Chinese volleyball superstar has been serving as the captain of the Chinese senior National Team since 2017.

Meticulously nurtured by volleyball legend Lang Ping, Zhu is now the highest-paid volleyball player in the world. Although in a 2017 interview, she revealed that it did not make her feel special. According to Zhu, her salary was decided by the club.

Zhu played for the clubs of Tianjin Bohai Bank (CHN), VakifBank Istanbul (TUR), Henan Huawei (CHN), and Guangdong Evergrande (CHN). The Chinese outside hitter is back in China to prepare for Tokyo 2020.

Wei Qiuyue is a highly accomplished young setter, winning major titles in the court. She captained the Chinese national team to claim back-to-back titles at the 2015 FIVB World Cup and the 2016 Rio Olympics. Her long list of accolades includes silver medals for the 2007 FIVB Grand Prix and 2014 World Championships and a 2008 Olympics bronze medal.

“From watching the Olympics on television in 2004 to experiencing it in 2008, to feeling I should dominate the event in 2012, my role changed constantly. The Olympics is where you can realize your dream,” Wei stated in an interview.

Sadly, Wei retired at only 28 years old to focus on her personal life. “I have not made up my mind on my future, but I am sure I will be love volleyball as always,” she remarked. The star setter learned volleyball at five. Wei has devoted the best years of her life to volleyball.

Hui Ruoqi is a former captain of the Chinese volleyball squad. She led her team to a gold medal at the Rio 2016 Olympic Games. Chinese fans will forever remember her for scoring the game-winning point in China’s epic 3-1 Olympic finals against Serbia.

The outside hitter was only 26 when she announced her retirement. Before that, Hui was seldom seen on the court due to health considerations. Throughout her career, Hui battled injuries, including heart problems. In 2010, she underwent a left shoulder operation leaving seven steel nails inside. She also received a pair of heart surgeries in the next years. Such contributed to her decision to finally call it quits.

Off the court, Hui has built a foundation concentrating on the development of female volleyball in China. Months after her retirement, the Olympic champion remains an active sports promoter and charity ambassador. “It was volleyball that helped in building up my self-confidence, and it became my biggest hobby after study,” Hui stated.

Hui bagged the Best Server award at the 2012 London Olympics. She was also part of the Chinese team that finished runners-up to the USA in the 2014 FIVB World Championship.

Xu Yunli boasts multiple Best Blocker awards under her belt. The Chinese middle blocker is the MVP of both the 2013 FIVB World Grand Prix and the 2013 Asian Club Championship. The three-time Olympian is part of the last three Olympic Games. That includes for bronze in Beijing 2008 Summer Olympics and gold at Rio 2016 Summer Olympics.

In 2017, Xu suffered a severe knee injury, sitting out the entire year to recover. However, the volleybelle failed to get back into shape, continuing to experience physical problems. At the time, people were also speculating that her playing career was over.

Betting on Volleyball in China

China is notorious for its harsh gambling laws. The country is said to be the “inventor” of the concept of gambling or betting. However, residents of mainland China are not allowed to gamble. But thanks to the acquisition of Macau and Hong Kong, locals have a place where they can wager.