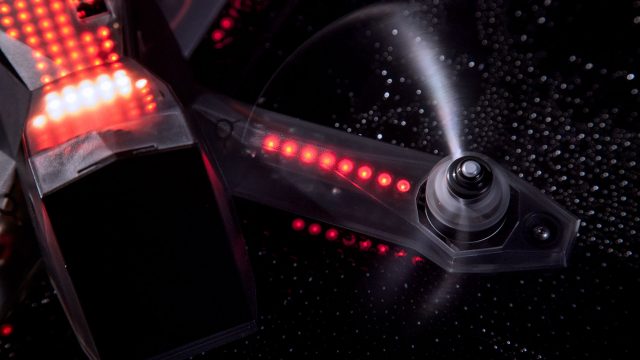 Betting has rapidly evolved over the last decade. Betting enthusiasts have seen the changes and adapted to them quite well. Some had to learn how to bet online while others caught on sports betting because of its online presence. Today, even online betting markets have increasingly changed. Aside from the major sports, other trending sports like eSports and drone racing have taken the lead in sports betting.

Like eSports, drone racing has become a competitive sport in Thailand, which exploded in popularity over a short time. Some even think that its popularity has even leveled with the more commonly known racing like Formula 1 and NASCAR and as they say, where there are people interested, the money will follow and so gambling will happen.

While it was Pinnacle Sports that first offered online betting for drone racing, Betfair has made headlines when they announced their offering of betting markets for the UK’s first-ever professional drone racing in 2017. The Drone Racing League (DRL) also made a deal with Sky Sports and ESPN to televise a 10-episode series of drone races.

While still new and events are still far out, betting markets are still limited annually. The DRL only holds races every June but there are several other races and competitions where wagers can be placed throughout the year. Many believe that the market will balloon in the coming years as the sports continues to grow. Since betting is limited, wagering on outrights or choosing a pilot to win without spread is often the obvious choice for each race. For significant races, betting on individual “heat” or lap is available as well.

Drone racing and the Drone Racing League are fairly new markets, which means the level of action is quite limited compared to other established and major sports. Betting limits are considerably lower. This means that a $500 maximum betting on outrights and heat is probably more common. But getting on the market while it is fairly new, can be quite beneficial. As with drone racing, it is forecasted to grow in the next years, which will increase the betting limits.

Should you bet on outrights or heat? The best bets one can make boils down to how much you know about drone racing. Obviously, betting on outrights will give the highest payout.

How To Bet on Drone Racing: Tips and Tricks

The best tip for betting on drone racing is by looking at the other racing sports to find out handicapping blueprint. Those successful in betting on other racing events know a good deal about the race itself, the drivers, and the race courses. They follow several competitions and the DRL, specifically, will give bettors the greatest edge when they place their wagers.

Here is our step-by-step guide on how to start your drone racing betting:

The Drone Racing League was successful in pioneering first-person view (FPV) drone racing. These are camera-equipped headsets pilots use when operating their drones. Just like any air races, pilots must finish the entire course with as little time as possible. Drones have speeds of 120 miles per hour as they fly through LED-lighted courses and obstacles. The FPV gives the pilot the view of the drone as it races through the obstacles. While any drone may be used to race, the DRL has included specific standards before one can be included in their races. To ensure fairness, the DRL makes all the drones that will be used during its events. They supply pilots their drones including backup drones in case of failure.

In DRL racing, pilots go up against each other during heats around the race course. A race has several heats and pilots score points when they clear obstacles and finish their heat. The league gives each pilot a new drone after doing the necessary video checks and control of each drone.

The DRL Allianz World Championship is the highpoint of drone racing. The league hosts the event once a year after a playoff race. DRL races are held in iconic venues worldwide where pilots fly hand-built and identical DRL racing drones throughout a complex, 3-D, mile-long courses.

Some of the complexes DRL have held their events include:

Since its humble beginnings in Australia in 2013, drone racing has come a long way and have gathered several promotions by big companies including:

How fast can racing drones go?

How can I bet on drone racing?

Drone race betting is like placing any sports bet. You just have to choose a trustworthy betting site. At the moment, Betfair and Pinnacle Sports are the online bookmakers that offer drone racing betting on DRL-sponsored events.

What is the best drone for racing?

Drone racing, just like any racing sport, is controlled by a pilot or driver so it is really tough to say which is the best but when it comes to specs, Racer3 is the top product to have for drone racing. It has the perfect agility and speed for competition. It also features 209 LED lights and can go from 0 to 80 miles per hour in less than a second.

Thailand’s pride in drone racing is attributed to 11-year old Wanraya Wannapong. Wannapong is considered to be the winningest drone racer in Thailand by winning two FAI-sponsored events: the 2018 China Drone Racing Open held in Shenzhen, China last May 2018 and the FAI World Drone Racing Championship last November 2018. Besting other women, Wannapong became the youngest winner in the Women’s Category. She regularly trains with her father in their own training field in Thailand.

Southeast Asia’s leading drone software and services provider Fling, signed a sponsorship package for Drone Academy Thailand, the national drone racing team. Through this sponsorship, the company aims to place itself as the leader in drone technology development.

The Drone Academy Thailand has a wide pool of members with ages ranging from as young as nine years old to 30 years old. Their youngest and top competitor is Niracha OnMan, aged nine years old, has already made television appearances to show her drone piloting skills.