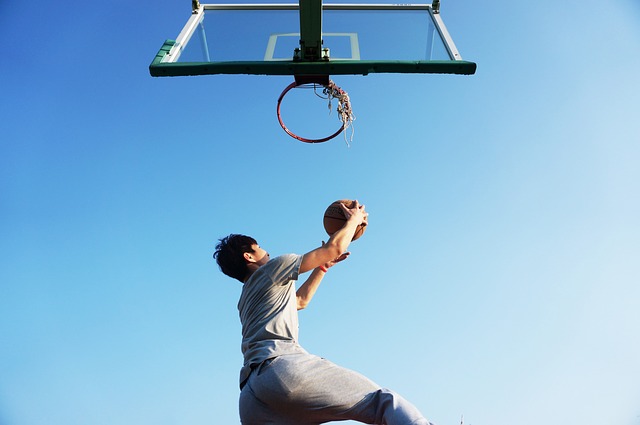 With the Chinese basketball team ranking first in the 2018 Asian Games Basketball Tournament, a lot of locals have renewed their interest in the sport. Basketball may not be as popular as badminton in the country, still, a lot of people are huge fans of the hoops that some even consider betting on the sport. Aspiring players and fans alike should never miss out on these basketball movies and they may just pick up a trick or two.

Top Basketball Movies of All Time

Released in 2005, Coach Carter is one of the few classic basketball movies that teach about discipline and motivation. Based on the real Ken Carter, a basketball coach, who became famous in 1999 for locking out his Richmond High School team from playing despite being unbeatable on the court. His reason? The kids have bad grades. The film is often used to educate young basketball players to never sacrifice academic integrity and discipline just so they will win. Coach Carter taught his players to become men rather than just basketball players who win. Back in 2005, it is like every basketball fan memorized Marianne Williamson’s “Our Deepest Fear.” Watch the film and let it soften your heart.

Cornbread, Earl and Me

This 1975 American drama flick based on Ronald Fair novel Hog Butcher, follows the tale of three American-African youths residing in an urban neighbourhood. Cornbread, played by Jamaal Wilkes, is a high school basketball star player who is bound to attend college on an athletic scholarship. Going to college gives pride and optimism to his neighbourhood as he is the first to attend college. However, life had other plans for Cornbread leaving his district feeling vaguer about their future.

Directed by Joseph Manduke, the film gives its viewers a reality check of how one should look on to their future of broken hopes and dreams. The film is a must-watch, especially the final scene, where Fishburne made his testimony.

In a world where people of colour are highly questioned for their abilities, this film strikes to the heart as it tells about the story of a black basketball player and his dreams of becoming one of the best writers in an elite private school. Squashing stereotypes and teaching viewers to look beyond the superficial, Finding Forrester is a great film not only for basketball fans.

Jamal Wallace (Rob Brown) is a phenomenal basketball player from the Bronx who builds a solid friendship with a popular Scottish novelist William Forrester (Sean Connery) who became a recluse and an unlikely mentor. Wallace gave Forrester the will to live again and in turn, Forrester lets Wallace learn that he can be a writer no one expects.

Directed by James Gartner, Glory Road tells about the story of the first all-black starting lineup basketball team. Josh Lucas stars as Don Haskins, the coach who led the UTEP team to the national championship. By recruiting seven black players with no chance of attending college, Lucas built his team without looking at the skin colour but mostly on their skills just like how basketball should be. The film remains one of the most riveting basketball films because it is well acted and it has historical significance. Glory Road shows us how the game of basketball has drastically changed from the 1960s to the present.

Directed by Spike Lee, He Got Game is a must-watch for every basketball fan out there. This film follows the story of Jesus Shuttlesworth portrayed by Ray Allen. To persuade Jesus to play for the Big State University, Jake Shuttlesworth (Denzel Washington), Jesus’ strict father, was granted parole from his murder sentence. Jesus, on the other hand, tries his luck to play in the national leagues without anyone influencing him or guiding him through the process.

The film is brave in terms of showing the basketball recruitment process, paternal relationships, and the role of athletics in America. Fans who want to learn more about life other than basketball should definitely add this film to their must-watch list.

This film may be released in 1986 but it is still highly regarded as one of the best sports movies ever made. Hoosiers follows the story of a high school team in a small town of Indiana as they win a state title. Directed by David Anspaugh, Hoosiers is rich in details and factual portrayal of all the struggles a team must overcome to make it big. The film tackles gossips, domineering parents, and everything in between.

One of the relatable basketball films is Like Mike since almost every kid wants to be like the living legend Michael Jordan. Like Mike is a story of Calvin Cambridge played by Lil’ Bow Wow, an orphan who finds and wears an old pair of sneakers with a faded “MJ” initials. While wearing the sneakers, his basketball skills suddenly improved leading the Los Angeles Knights to sign him to their team.

The film boasts for having the most NBA stars cameo, making it a really worthwhile and entertaining watch.

Directed by Gina Prince-Bythewood, Love and Basketball is one of the few basketball movies infused with romance. The story revolves around two athletes Monica and Quincy who try to make it big on the hardwood at the USC, while being a couple.

“All is fair in love and basketball,” can be clearly seen as the two lovers try to keep their relationship strong and steady as they both work on achieving their goals. The film shows the lessons one can learn after the game finally comes to an end.

Based on the novel The Basketball Diaries by Jim Carroll, the film is not the typical basketball film. Caroll played by Leonardo DiCaprio sees basketball as a disturbing representation of the society as drug addiction, sexual abuse, and other rude realities.

DiCaprio effectively portrays the role of a basketball star who was sexually abused by his coach leading him to dwell deep in the clutches of drug addiction.

Released in 1992 and directed by Ron Shelton, White Men Can’t Jump is a cult classic. It tells the story of two street hustlers who make a living by playing basketball, a game they love. Dean (Wesley Snipes) and Hoyle (Woody Harrelson) play pick-up games as a way to survive since they are good street ballers as well. These hustlers started off as enemies but ended up becoming partners as they soon realize working together would actually bring them more monetary gains.

Have you watched any of these great basketball movies? Did we miss anything on our list? Let us know in the comments below!