7 Hardest Cycling Climbs in the World 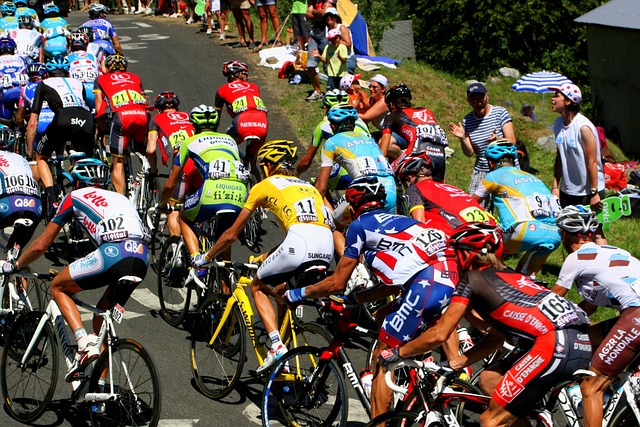 The number of bikers around the world is constantly increasing, and many are willing to go on adventurous rides with their bikes. Some would ride their bikes on long-distance journeys, roaming around town to use it for work or school and a challenging uphill ride on difficult terrains.

Climbing hills on a bike can be difficult, depending on the terrain conditions. Many cyclists like to climb hills for their health and fitness programs, and others like to keep track of their statistics and performance. To improve your strength and skill in cycling, you must condition your body to be physically and mentally prepared. You must also know the details of the hill or mountain you want to climb. Here are some of the world's hardest cycling climbs to inspire your journey.

Using your bike on an uphill climb will test your strength and patience to be successful. You will need proper training and motivation to prevent unwanted health risks and accidents. Many riders like to record challenging cycling climbs to prove to themselves and fellow riders that they are getting better with each climb. Challenge yourself with these hardest cycling climbs in the world.

Mount Wuling in Taiwan is one of the cycling climbs you can do with an altitude of 3,275 meters above sea level. The mountain starts at Qixingtan beach on the Pacific Ocean side and runs a distance of 105 kilometers. It has severe uphill gradients, scenic waterfalls, and the monumental Taroko gorge you will experience through your ascent.

Riders say that they have difficulty riding with its humidity, gradient, and distance. The prevalence of the high altitude and thinner air takes effect after 2,500 meters, which makes Mount Wuling one of the hardest cycling climbs in the world.

Mount Wuling is the venue for the KOM challenge in October, where many professional riders participate and compete with each other. The Italian Vincenzo Nibali broke the course record in 2017, which was his career's hardest and longest uphill ride.

The El Teide (El Medano) has five major cycling routes going to its summit. All are considered extremely hard and long cycling climbs. The ascent from El Medano is the main feature of this bike ride because of its 54-kilometer climb that riders must tackle. This bike route is also notorious for its sunny weather for almost the whole year, which makes it more difficult to overcome the climb.

Despite the route obstacles, El Teide has good road surface conditions. You will also enjoy riding from the Atlantic coast, which goes through lava fields all the way up to El Teide's crater. Many professional cyclists train here during the winter months, making El Tiede one of the best cycling climbs for most professionals around the world.

Mont Ventoux is one of the favorite cycling climbs of many professional cyclists. It has three routes leading to the summit using a road bike. The ascent that starts from Bedoin is popular with the cycling community, and it has been the official route going to the top of the mountain by the Tour de France.

Mont Ventoux is one of the most challenging cycling climbs in the world, with its 21 kilometers total distance and a gradient of about 7.5%. Most cyclists experience a strong headwind on this route, making it harder to climb the mountain.

The final six kilometers of the Mount Ventoux bike route has a lunar-type landscape that started from Chalet Reynard. The last kilometer of this route will take you to the memorial to the British rider Tom Simpson. He was a great cyclist who collapsed and died during his climb in the Tour de France in 1967.

You will also find many cyclists when you reach the summit, proving Mont Ventoux is one of the world's best cycling climbs you can experience.

If you are considering taking on some of the world's hardest cycling climbs, the Alto de I'Angliru should be on your list. Alto de I'Angliru is in the Asturias region in northern Spain, south of Oviedo. It became a major route of the Vuelta a España, and many professional cyclists turned fearful of this challenge.

The Alto de I'Angliru route tested Bradley Wiggins' strength in cycling. He had a hard time and lost time on the Cuena Les Cabres, an infamous three-kilometer section from the summit with a 24% gradient.

The organizers of La Vuelta surfaced the Alto de I'Angliru route with tarmac, an old goat path. This route rivaled some of the Tour de France climbs in the late 1990s. The Alto de I'Angliru is one of the hardest cycling climbs in the world because of its fluctuating gradient. This bike route has an average 9.9% gradient and a total distance of 12.5 kilometers. The route also includes wildly fluctuating gradients that are steep parts exceeding 20%.

Passo di Mortirolo is a great test for professional cyclists. Lance Armstrong once confessed that this was the hardest climb of his career, and Mark Cavendish also had the same sentiment. Alberto Contador used a 34/32 gearing setup when he conquered this climb. Passo di Mortirolo has a brutal ascent to its summit, making it one of the hardest cycling climbs in the world.

Passo di Mortirolo has a nearby contender that often overshadows it, but many professional cyclists would say that this is more difficult than the iconic Passo Dello Stelvio. Passo di Mortirolo is a great challenge for most cyclists, and they look forward to every event posted by organizers.

The route is generally hard, especially in a section six kilometers away from the San Matteo Church. The last kilometers of the route are easy, with an average of 10% gradient, but the fatigue on a cyclist's legs would be tested.

Climbing Mount Washington on a bike is what cyclists describe as the most difficult uphill climb in the United States and probably the whole world. It has slopes that are brutal to most cyclists, making it one of the hardest cycling climbs in the world. Mount Washington is in New Hampshire in the northeastern portion of the United States. It has been a test for many professional cyclists for over 50 years in the cycling industry.

The average gradient in Mount Washington is 11.9%, which is an average difficulty for cyclists. But the headwind going to the climb's summit would be a great test for conquering this climb. It also has one-mile hard-packed gravel that makes the climb more difficult.

Mount Washington has an average gradient of 10% on its flatter portion until you reach within one mile of the summit. The area also has some sharp switchbacks with a gradient that goes over 20%. This climb has never been used for a professional race, but its difficulty makes it one of the hardest cycling climbs that you will ever see.

Monte Zoncolan is one of the Giro d'Italia's popular climbs. It doesn't cover much distance, but the slopes are savagely steep slopes that challenge cyclists' capabilities to climb. It has a distance of 10.5 kilometers that starts from Ovaro and a maximum gradient of 11.5%.

After passing the village of Liariis, which is almost the middle of the route, cyclists will conquer a forestry four-kilometer section with an average of 15% gradient and goes as much as 20%. Cyclists will go through three tunnels before tackling severe switchbacks and reaching the summit.

The climb on Monte Zoncolan is so steep and difficult for most professionals to attack, and many would advise not to have rapid acceleration. This route is one of Europe's hardest cycling climbs, but it is great training for all cyclists.

Many people enjoy watching professional cyclists compete with each other at the Tour de France every year. The grueling mountain climbs, time trials, and tracking their statistics are some activities you can enjoy. You can also place live bets on this special event and hope to win some money while you watch the race. Many reputable betting sites will add more fun to the event.

This list of the hardest cycling climbs in the world shows how cyclists test their skills and determination to finish an entire route. They go through intensive training and use top-quality bicycle parts to prevent accidents from happening. Cycling is a fun and healthy activity, especially if you have a beautiful scenic view going through the bike route.