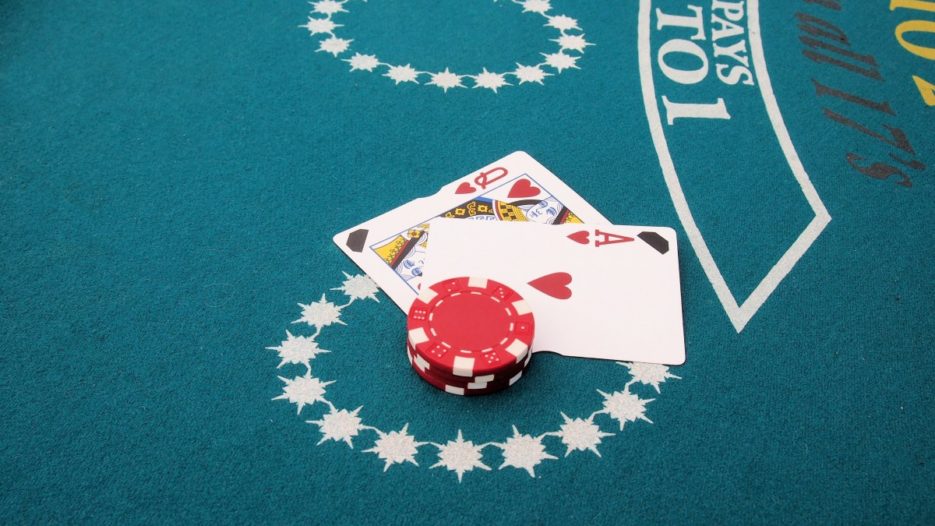 Poker has always been considered a gambling activity. A game where players take their chance on the cards dealt to them and the hope that it is even a little better than the opponent’s. However, in recent years, poker has been associated with cognitive skills. The better they can predict and read the cards and their opponents, the higher are the chances of the player winning the hand.

The debate on whether poker is a game of skill or chance may never end but to many players, poker appeals to them because every hand has a varied outcome. The chances of them winning is highly dependent on their inherent skills like emotional intelligence, which ultimately involves having a deeper understanding, perception, assimilation, and management of their and their opponent’s emotion. These skills can be gained thoroughly through experience. For this reason, a number of highly successful poker players work their way on improving their emotional intelligence through playing against players with different emotional styles.

Poker as a Cognitive Tool for Business Owners

Playing a high-stakes poker game is not very different from operating a startup business. Both of them require a level of cognition that allows them to assess the potential risks, analyse the opponent or competition, being aggressive when opportunity knocks, controlling emotions especially in tight situations, and ultimately knowing when they should hold or fold.

Are entrepreneurs better at playing poker? Some would say otherwise. Majority of them claim that playing poker has enabled them to become better entrepreneurs. Poker allows these business owners to train their brains when it comes to assessment and making decisions despite not having all the information – like in poker – allowing them to run their businesses much more effectively.

Poker is like a miniature and simplified version of a business, particularly a startup. They both have uncertainties and most of the time owners and players rely on their own confidence alone to identify their assets and potential losses. Just like high-stakes poker, startups run on a fast-paced environment, which forces owners to come up with decisions during times when they are lacking important information.

One CEO who credits poker for his business-savvy decisions is Tom Popomaronis. Popomaronis the founder of OpiaTalk, a startup company based in Baltimore making promotional coupons for e-commerce businesses. He was a poker enthusiast playing online poker from 2003 to 2009 who has made about $45,000 in earnings.

Popomaronis claims that his poker days allowed him to become a better listener – a trait crucial for CEOs. He said that poker forced him to listen to both the verbal and nonverbal tells of his opponent. He trained himself to read people even with the slightest movement of their hands and even in the neck pulsations.

The former OpiaTalk CEO also credits poker with his ability to resolve issues raised by his employees, customers, and investors by being conscious of the littlest details when conversing with them. Poker has also taught him to sharpen his emotional intelligence.

Poker as a Test for Cognitive Maturity

Players are known for their skill in recognising their boundaries. One example of this is when they can only choose to play on blinds that suits their bankroll. Most experienced players would never force themselves to play at a table where they will shell out more than they can, particularly at odds where they are highly uncertain. Poker players also, as much as possible, play at a level they have the most confidence in. This is the reason why some wise poker players often gain experience by simply watching and observing from the sidelines and not sitting with them.

Cognitive maturity is measured in poker when players understand that losing a hand does not mean they have lost the war. Poker wars are composed of hundreds and thousands of battles. Mature poker players know that when to concede and equate it to just resting and taking a break from the battles. They know that saving their ammunition for the bigger battle is more important than wasting it on a battle with low chances of winning.

Having the ability to control oneself whilst on the table is a basic characteristic that separates a good and professional poker player from a newbie or a problem gambler. Professional poker players almost always have self-control – a trait that saves them a lot of money and gains them an insight into the game. They know that they cannot be emotionally invested in a game even though the game induces emotional more than logical reactions from the players. Recklessly chasing previous losses would only cause poker players to lose more than they can handle, which ultimately forces them to go on “tilt.”

Online poker players are the ones most at risk from chasing their losses because of their accessibility to tables, which makes it even more tempting to go online and play and even hope that they would have a better night than before. They are also the ones who do not have any access to a social support system to tell them that it is not causing them any good.

Poker, as one would learn, can help you improve cognitive skills if you allow it and if you play smart. Those who want to measure their cognitive maturity through poker will learn that the slower they play, they can make decisions based on probability and knowing their opponents. Those experiencing a bad beat are highly advised to sit out a game or two to regain their confidence and composure before playing again.

Playing poker is a mental activity. It is like a brain workout that somehow rewires the brain. The human brain is such a fascinating organ. Performing an activity consistently helps the brain create new neural pathways and nerve fibres that protect the nerve cell. Poker players have high levels of focus and concentration, which are tested when they join poker tournaments and competitions. Poker somehow trains the person’s brain by giving them a longer attention span. They need to focus on their hand, the opponent’s hand and their tells, the dealer, the cards on the table, the bets called, and even the players who folded. All of these teach the players to concentrate.

Poker and Dementia and Alzheimer’s Disease

One of the ultimate tests of poker as a cognitive skill is its ability to reduce the risk of dementia and Alzheimer’s disease. These neurodegenerative disorders have been proven to lessen as people cognitive sports like poker. In a well-known study by Dr. Jeffrey Cummings, engaging in poker activities reduces the chance of developing Alzheimer’s disease by as much as 50%. The findings are supported by the 2009 French study, which found that individuals who are playing card games, including poker, can encourage mental function in the elderly, which is quite crucial in battling the development of Alzheimer’s disease.

Poker is a mind game that allows its players to think rather than relying on chance. Whilst there are cognitive benefits to playing, players should never make the mistake of becoming too addicted to it. Playing in moderation, to release stress, is highly recommended. Poker is a lucrative activity only if players can practice self-control. Self-control is what would set you apart from a being a professional player who enjoys the sport to a problem gambler who has no control over their emotions. It is important for poker players to realize that they are the ones who control the game and not vice-versa.

The game of poker teaches its players to know themselves as well. It allows players to gain insight into how they react to certain stimuli and situations. Whatever information they can get, they should learn how to respond to it on a positive note or else everything would be futile.