Understanding the Arcade Culture in Japan 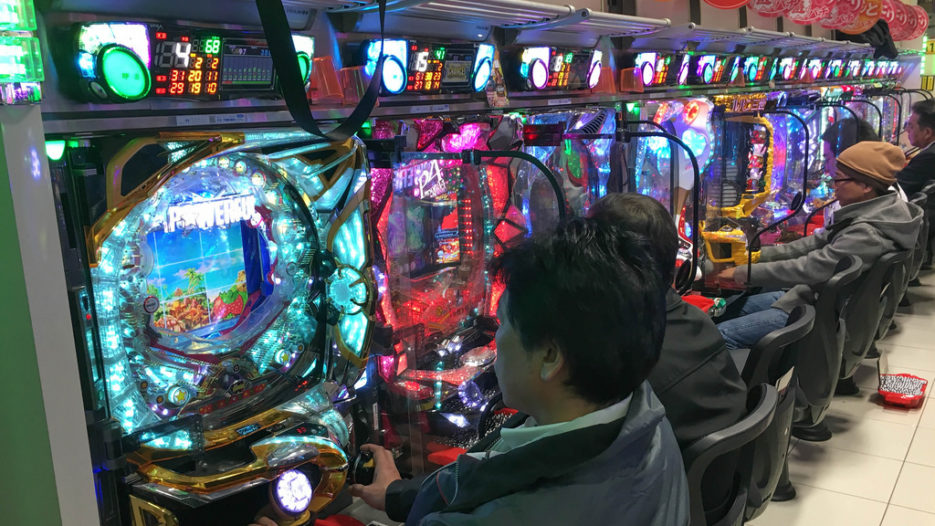 Understanding the Arcade Culture in Japan

For more than four decades, Japan’s arcade industry has seen meteoric rise. Even with the advent of mobile games, arcade games only declines but never vanishes completely. Arcades are part of the Japanese culture, a way of living, and a hallmark of several business establishments. Many locals will head to gaming centres near their place of work to let off some steam after a stressful day. Some arcade centres are even built adjacent to train stations, allowing gamers to find a leisurely activity before the train arrives.

After the Second World War, Japan’s economy had transitioned into manufacturing, bringing more advanced technologies into the industry. As the country expanded its economy, the arcade industry was born. Japanese people have the money to spend, a manufacturing industry capable of innovation, need for more urban leisure activities, and the hunger for novelty. With all of these mixed together, further strengthened the arcade culture. As arcades in Western countries declined in the early 1960s, Japan’s arcade industry remained unfazed. There are numerous gaming centres that still proliferate. The popularity of gaming arcades in Japan peaked during the mid-1980s when the country served as home to more than 44,000 “geemu sentaa” or gaming centres.

Why the arcade industry in Japan is still thriving? What makes them retain the appeal they have from before?

Gaming centres in Japan, though declining, is still ever present because:

Most of the arcade owners are the game developers as well. Since they are the owners, they have the liberty to decide which game titles to fund. These owners have already invested good money in the locations of their gaming centres, they want to make the most out of it by attracting more customers and players. Following this integrated system allows them to keep the arcade industry afloat.

Gaming centres in Japan have strategic locations. They are visible and accessible to their customers. Arcade owners know how the infrastructure and location can make or break their business. Most of the arcades in Japan are built near major train stations. Since public transportation is a huge part of a Japanese’ way of living, there’s no escaping from arcade and gaming centres. In fact, many locals and even visitors pop in a centre, play a few games, and be on their way. It is not only major cities one would see gaming centres. Even suburban and rural areas have arcades incorporated into the general landscape of their shopping malls. Standalone arcades are also built along areas reachable by bicycles. Part of the appeal of Japanese arcades is its bright and airy atmosphere, that even families with small children will be attracted.

Part of the reason why Japanese arcades like video poker and pachinko continue to attract patrons because they respond to trends. They can adjust their themes to what is popular among its frequent customers. For example, some gaming centres have more elderly players. Owners then offer gaming themes that appeal to their age bracket. They also adjust the volume of games so more elderly people can be comfortable while playing. Some centres also give additional perks like offering blankets to those who feel cold and providing more ergonomic chairs.

In Japan, arcades continue evolving. They grew from being a mere pastime activity played in small spaces to business models that need to innovate to remain relevant. This is in the wake of the declining number of gaming centres and arcade machines. According to the Japan Amusement Industry Association, about 5,000 gaming centres are registered with the authorities, approximately 9,000 tiddlers with less than 50 machines each.

Unlike American arcade, Japanese arcade culture continues to flourish despite the shift in focus. It is not hard to notice that there are lesser video games. The decline is well compensated by the rise of other games such as crane games, purikura, and the famous pachinko or pachislots. Pachinko remains one of the most popular recreational activity in Japan across all ages. It has become a form of gambling for some.

It seems that arcades and gaming centres will always have a place in Japanese culture. As a way of life, these gaming activities underwent evolution and innovation in order to thrive in the ever-changing lifestyle of the locals. Innovations gave rise to modern gaming centres. Standing several stories high, modern gaming centres is now changing the landscape of Japan as they appear in about every prime city space or shopping mall. These gaming centres will often carry major franchises like Club Sega, Taito Station, Adores, or Round One. There will also be titles from Bandai Namco, Konami, Capcom, and Koei-Tecmo. Casino operators are also joining the revolution and offering their video poker and horse betting on site.

Depending on the size and design of a particular building, a modern gaming centre will have a general floor layout like this:

For newbies, the gaming centres often provide helpful special booklets to explain the basic controls for their video games, especially for the latest arcade releases.

One of the more famous game in gaming centres are gambling simulators since it is generally illegal to gamble in the Land of the Rising Sun. This is how most Japanese citizens let out their frustrations in playing casino games. As mentioned, the recreation game of pachinko has evolved to become an avenue for gamblers to play for cash. Other medal games attract patrons for the sole reason of gambling. They use the non-exchangeable tokens for play and using it to amp the gameplay offering of these machines.

These arcades also continue to thrive because of its strong following among the elderly, which comprises a large percentage of the Japanese population. Many of these older crowd spend their hours on these gaming centres just like as they would in a casino. Depending on their age bracket, players spend several hours enjoying a game or two of their favourite game. Most middle-aged men are often seen tinkering with horse betting simulators featured on standalone stations with CGI horses galloping on a horse track. Women are often attracted to pusher games like coin cascade, similar to a turbo-powered slot machine.

Japanese people love to gamble and they also love to engage in activities that would allow them to relax after a long day at work. The availability and accessibility of these gaming centres with various machines give them the liberty to enjoy without having to take some time off from work. Instead, arcade has been inculcated into the culture of the locals. An activity that is a big part of their life. An activity that defines their entertainment lifestyle as a country. Though dwindling in numbers, these arcades will remain with the Japanese people for times to come.