Home / China / Why Are the Chinese Excelling In Most Sports

Why Are the Chinese Excelling In Most Sports 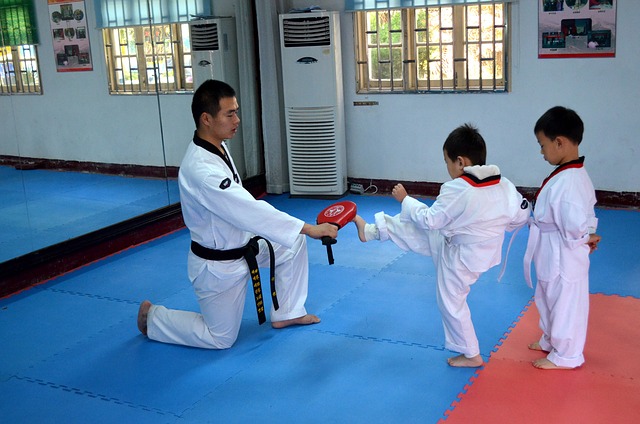 The international sports competitions are highly visible podiums that can be used to expedite cultural exchanges and strengthen a country’s international character. It allows states to showcase the best of their nation to the rest of the world. Several countries are struggling to improve to create a significant appearance of itself among the global community. China is one of them, and they are now considered a super country with its success in sports competitions. Success at these competitions hinges on what happens both inside and outside of the stadium.

The Olympic Glory-Winning Program Guidelines 2001-2010 was established by China to adopt a state-driven method to international sporting competitions. Through government strategies and programs, the country has improved its athletic success. China’s General Administration of Sports (GASC) has put forward the Guidelines in 2002 and placed among the top 3 medal winners in the 2008 Olympics. With China’s performance had historically been disappointing, they included the “Project 119” program aimed at improving outcomes in disciplines. If you are asking why are the Chinese excelling in most sports, this is one of the reasons they succeeded in some competitions.

China’s over two thousand state-run sports private schools are training promising children as young as four years old. This is how China’s approach in recruiting its athletes.

Beijing contradicted criticisms by saying that its training programs are responsible for providing resources for underprivileged families who want to compete internationally. Zhu Ting, who grew up in poverty, was the captain of China’s gold-winning 2016 women’s volleyball team, was of the same case. She was allowed to compete through a state-run training school. Yao Ming is one of the notable Chinese athletes that received education through this system.

In the past years, Beijing shifted its training schools in developing not only just good athletes with increasing medal counts but also likable personalities. Although the Chinese did not do well in the 2016 Rio Olympics, it is noticeable that these athletes are now more expressive with themselves. Chinese swimmer Fu Yuanhui received praise from around the world for being honest and true to herself when she stated how menstruation might have affected her performance. Chinese athlete Qin Kai proposed to his girlfriend, He Zi in public after she gained a silver medal in diving.

Nearly all of the Chinese women’s coaches are men. They operate in an atmosphere influenced for thousands of years by three noticeable Confucian philosophies: A girl shall obey her father; a wife, her husband; a widow, her son.

Male successors are so valued under the government’s single-child policy that female infanticide is not unusual. Whereas the tradition of binding women’s feet to keep them from running off was stopped early in this century, women are still sometimes compulsorily sterilized or retailed into marriage.

A Chinese woman might not find the duty of winning an Olympic medal, particularly discouraging, faced with those rows to hoe.

Women who do best in sports receive the same government support, bonuses (including up to $10,000 for an Olympic gold medal) and random endorsement chances as men – and more public commendation.

Women athletes in China today speculate their training and accomplishment into fame, allowing them to climb the social ladder.

“Training the Body for China” is a book by Susan Brownell, an American anthropologist, scrutinizes sports in the People’s Republic. She has a theory on why the Chinese people are quicker to accept women’s athletic achievements than men’s. This shows why are the Chinese excelling in most sports.

“Chinese people are comfortable with the idea of their women suffering pain for the food of the nation – as opposed to the Western Victorian view that it’s the male’s duty to work hard, so women don’t have to suffer,” Brownell says. “It may have something to do with a history of honouring female martyrdom.”

After the Olympic gold medal in 1984 and the women’s volleyball team won world titles in 1981, 1982, 1985, and 1986, the players were showered with flowers and marriage proposals. As a whole, Chinese men don’t consider athletic women unfeminine.

The wedding of the volleyball team’s star, Lang Ping, a spiker also known as the “Hammer,” was broadcast nationwide by the Chinese television.

No one can disagree that China has some of the world’s best gymnasts. Most of them are walking away with medals in their respective categories. As with most things, the secret behind their success is training. But the big difference is that the Chinese start really early and they take their training very seriously.

Susan Brownell had the chance to witness how the Chinese went about their early training when she visited the Shanghai Yangpu Youth Amateur Athletic School, a gymnastics centre to be found in Beijing, China. These minors are being trained with the ultimate aim of winning gold in the Olympics.

There are thousands of such training academies all over the country.  The Chinese government supports this by providing “sizable funding,” so that athletes as young as six years old who show early talent and potential in sports like table tennis, taekwondo, gymnastics, and badminton for years can bringing money and reputation back to their families.

Chinese gymnasts have fundamentally prepared for the 2020 Olympics for they have been training their whole lives. A significant percentage of these gymnasts came from low-income families who take this opportunity as a solution for their poverty.

Emerging triumphant in the early Olympic trials earn the athletes and their families the chance to live in the metropolises.

The unforgiving reality is that many gymnasts will not win. Still, the tradition and the system will continue and do what it is designed to do – to produce medals.

The Most Popular Sports in China

Sports have been widely held in China ever since the beginning of civilization. Hunting, archery, and rowing were some of the earliest sports that were played by the people in this region.

China incorporated modern sports only as recent as the 20th century. Recently, the country produces athletes with enormous talent and skills in sports thanks to the support of its government and the awareness of the people.

Also referred to as ping pong, this sport has become an Olympic sport in 1988. Since then, the Chinese have won 20 of the 28 gold medals on offer. China has a well-developed infrastructure for the development of table tennis, starting with the youth stages. It has enabled the country to produce competitive players consistently. Players like Zhang Yining (women’s category), and Wang Hao (men’s division) delight in celebrity status in their homeland.

China has been dominating this sport for quite some time now. It is and well-known sport in the country and is taken up by Chinese children early in life. Though it has generated fears that this sport might soon become boring for athletes to play.

China is the oldest country that started playing basketball after the USA and Canada. The sport arrived in the country in the 1890s and was acknowledged as a national amusement in 1935. Basketball became popular in China only in the 1990s, when globalization allowed the Chinese population to come in more significant contact with the sport.

The popularity of the sport gratified new heights after Yao Ming joined the National Basketball Association (NBA) in 2002. There are also arguments that basketball may soon replace table tennis as the most played game in China.

This game is another very popular sport in China. There is a massive fan following for the teams in the German, English, and Italian leagues. Chinese national team is at number 86 with the ranking as far as FIFA is concerned.

China is one of the prime centres of the world of gymnastics. Although some of the stories of young children being forced and abused to train may be true, the training is willingly accepted by most kids. They hope they can outdo the past success of Chinese gymnasts.

China is fast becoming the top contender to be the next superpower. The massive development of sports in the country, especially in the last three to four decades, has been eminent with the popularity of other sports on the rise. The reason the Chinese excelling in most sports is the support they get from the government. Additionally, their people are supporting each other for the development of their athletes.

ChinaWhy Are the Chinese Excelling In Most Sports
read more