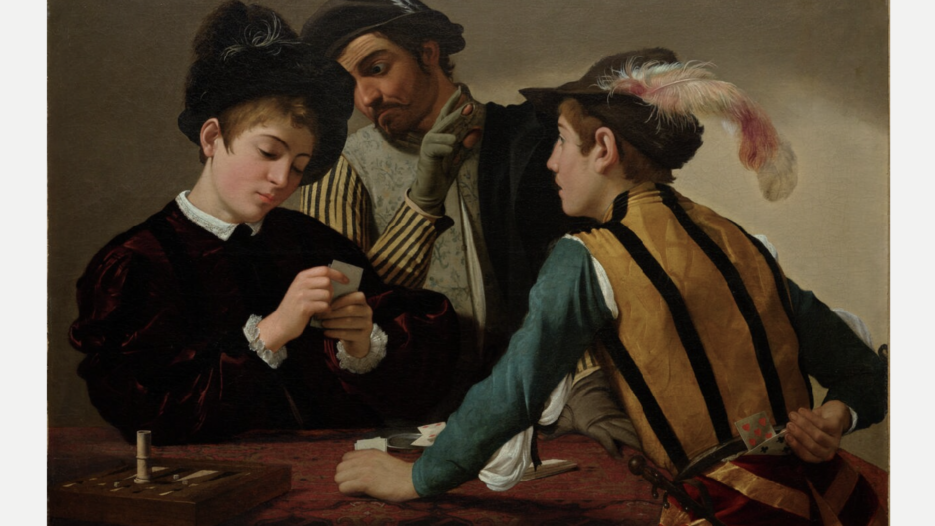 Do you know any gambling art pieces?

Gambling takes many forms. One of which is in art pieces. Gambling is among the activities that continue to attract a wide range of participants worldwide. Worldwide estimates show roughly 26% of people engage in gambling, translating to 1.6 billion gamblers. Given this fact, it’s no longer surprising to come across artists using gambling as a way to express themselves.

The relationship between art and gambling dates back to the olden times, as evidenced by cave paintings and other murals. The reason for this interest could be due to the adrenaline rush that “taking a risk” gives them. Humans are creatures of contradictions. We want something that’s safe, but we also crave the uncertainty and the thrill of not knowing what to expect. And this is something that these following art pieces were able to satiate.

This article will list down some of the gambling art pieces to show this connection.

Here are some of the most popular gambling art pieces that will pique your interest and perhaps change your view about gambling in general:

The Cardsharps portrays how gambling is prone to cheating if you’re not keeping an eye on your opponents. The artwork created by Caravaggio depicted his subjects in a novelistic way, showing how simple gestures and glances can evoke deception. If you look at it, the three players in a game of primero (a forerunner of poker). The subject on the left is the victim or the dupe. As he is completely engrossed in his cards, he fails to see that “cardsharp” is already signalling to his accomplice, who is reaching a hidden card from his back.

The Cardsharps gave birth to numerous paintings with related themes across Europe, including Cheat with the Ace of Clubs by Georges de La Tour.

The painting was initially under the possession of Cardinal del Monte until 1627. After his death, the location remained unknown until it came out in 1987 in a private collection in Europe.

The Dogs Playing Poker is a collection of paintings made up of sixteen oil paintings commissioned by Brown & Bigelow. The artwork was part of the company’s advertisement for its cigars.

This particular painting has been depicted and reenacted in many films, theater and TV shows, and other popular cultures. Some even recreated the painting to serve as their backdrop in their homes.

Edvard Munch created the painting while he was in his late twenties when he was yet to have his signature style. The artwork shows a group of people surrounding a roulette table. Many believe that Munch was able to depict the extravagance of a Monte Carlo casino because he frequently associated himself with Western Europe’s most prominent individuals. According to some research, Munch is a common sighting in casinos, even detailing his escapades in his journals. He shared his thoughts on the game of roulette – considering it a game where one can win or lose money in a matter of seconds.

When discussing the gambling art pieces, it would be a sin not to mention Paul Cézanne’s masterpiece, Card Players. Made by the artist in the last decade of the 19th century, the painting took inspiration from the early works of both Caravaggio and Coolidge by effectively capturing the raw emotions of everyday people, from drinking in bars to socializing with friends and colleagues and playing cards.

For many, his work on this particular gambling art piece is his most popular. It shows two men enjoying a game of cards while in a bar. While it may seem quite ordinary, it perfectly captured the players’ emotions as they enjoyed their leisure time. Like Coolidge, Cézanne’s work is a series of masterpieces, with each one bearing its own uniqueness and appeal.

While many say that Slot Machine doesn’t belong to significant art, it’s still among the most popular gambling art pieces that show how gambling does transcend age and gender. For many, gambling is always about a group of men willing to bet huge money in bets. But gambling can also be a form of leisure, a kind of entertainment that even old ladies enjoy. Wilkerson’s work, as its name implies, showcases an old lady with her cat enjoying a game of slot machine with a drink in hand.

Among the well-known gambling art pieces is Jan Steen’s Argument Over a Card Game, created in 1665. The painting shows that while gambling may show camaraderie among players, it can also be the root cause of an argument. Gambling can bring chaos, and Steen captured it with its realistic expression in the painting’s characters. This is one of the gambling art pieces that show the anger that a player feels when they lose a bet or learn about cheating. As you can see, some people, including a child, try to stop the fight from getting even more serious. The addition of the dog, with its surprised look, strengthened the visual message of the gambling art piece.

Gambling and art are connected. For avid gamblers, placing bets, choosing the most likely winner, developing strategies, and the feeling of winning are highly similar to what most artists go through. Many artists place bets on what subjects and themes they will work on, hoping patrons will like their work. They choose the most likely winner among their works that will help them get more money and commission works. Artists also need to develop and hone their strategies when it comes to painting, from simple artworks to highly controversial ones like gambling art pieces. Lastly, they also share the same feeling of winning whenever their artworks get the recognition it deserves.

Have you seen any of these gambling art pieces in person?