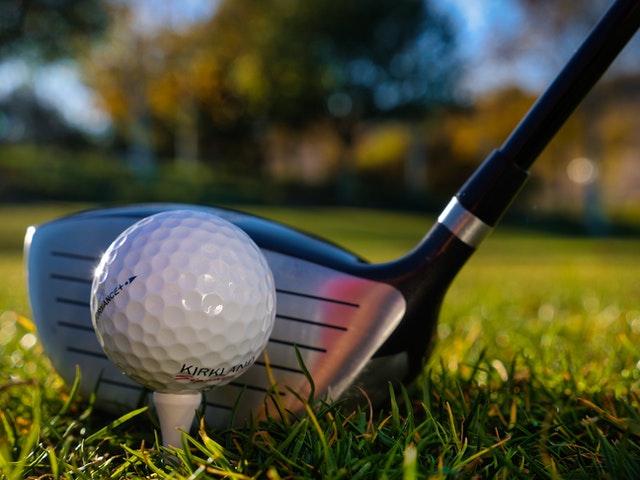 Ready to meet the top golf players and learn how much their skills on the green have earned them?

Golf is one of the most prestigious sports in the world, where you would typically see professional golfers belonging to high-class society. These golf players have unique stories about their success in the sport and how much money they earned. This sport already has many followers, and many people would like to become successful golfers like these top-earning golf players in the world. Read and be inspired by the figures these famous golf players have.

Golf players can earn vast amounts of money during their careers. They earn from playing huge golfing events and landing endorsements from big companies. Playing professional golf also creates a massive following for golf fans worldwide. Here are some golf players with their total earnings, net worth, and different sponsors that made them create prosperous careers.

Tiger Woods is probably the most famous golfer in the world and is the current highest-paid in the golf industry. Due to his injury from a car accident, he is now inactive in golf tournaments and trying to recover fast to get back on track. Despite this, Woods is still in the leading position, and his popularity among his sponsors and fans helped him retain the top spot.

His absence from the tournaments did not stop him from earning, as he still received $191,000 from the recent golf events. He also gained $62 million from endorsements such as Discovery Communications, Inc., Bridgestone, Monster Energy, Her Motocorp, Rolex, Nike, Upper Deck, and TaylorMade, which made him $800 million net worth.

Tiger Woods had his last major win in 2008 Open at Torrey Pines, where he defeated Rocc Mediate in sudden death preceding an 18-hole playoff, which is one of his epic performances in his career as he played the tournament with a stress fracture in his tibia.

Phil Mickelson lands on the second-highest earner in the golf industry. He collected $4.1 million in prize money from tournaments he participated in, and he is the oldest golfer that won a major golf trophy. Mickelson reached a net worth of $400 million with the help of numerous national and international brand endorsements such as Callaway Golf, Rolex, Heineken N.V., and Amgen. He reached $42 million in earnings from his many sponsors.

Phil Mickelson became the oldest major champion in the history of golf by winning $2.16 million in the PGA Championship. He also won $9 million against Tiger Woods in an exhibition game in 2018.

Dustin Johnson is the third highest-paid golfer, and playing professional golf is his major source of income. He managed to earn $24.8 million from playing in the recent tournaments. Like Tiger and Phil, Johnson also has a handful of endorsements from sponsors such as Adidas, TaylorMade, BodyArmor, RBC, NetJets, Perfect Practice, and Hublot. Johnson also has a $50 million net worth with the help of the $16 million earnings he earned from his major sponsors.

Dustin Johnson led the Official World Golf Rankings, which helped him have more lucrative bonuses from his sponsors. His golfing performances also lead to a hefty appearance fee in Saudi Arabia. Winning the FedEx Cup and the Tour Championship added $15 million to his earnings.

Rory McIlroy ranks fourth among the top-earning golf players in the world. He participated in many events and was able to earn $4.8 million in prize money. McIlroy also has numerous endorsements such as Nike, TaylorMade, Golf Pass/NBC Sports, Optum, and Omega. He also received a total of $56.6 million from a capital firm and added another $28 million from his endorsements, pushing his net worth to $150 million.

Rory McIlroy is the principal of Symphony Ventures in Dublin. The firm includes investments from tech and healthcare, insurance, and LetsGetChecked, a virtual healthcare platform.

Jordan Spieth is the fifth top-earning golf player in the world, as he receives large amounts of money from his endorsements and golfing events. He earned $4.6 million from his participation in various golfing tournaments. Forbes ranked Jordan Speith as the 52nd highest-paid golf player in the world, showing his $110 million net worth. He also has many brand endorsements like AT&T, Under Armour, Birghtspot, Titleist, Rolex, NetJets, Full Swing, and Club Champion.

Justin Thomas has an estimated net worth of $30 million, making him the sixth top-earning golf player in the world. He ranks 17th in all-time among golfers’ career money earnings. Thomas also made $21 million from winning several golfing events, such as the Masters’ triumph and the FedEx Cup.

Justin Tomas also has a strong endorsement portfolio that includes Footjoy, Titleist, NetJets, WHOOP, Beats Electronics, and Citigroup. He also has his signature clubs and a hat manufactured by Titleist. Thomas also appeared in several commercials for Footjoy and Titleist.

Xander Schauffele managed to earn a total of $24 million throughout his professional golfing career. He also reached a net worth of $20 million from his earnings and substantial prize winnings. Some of his notable winnings are the Greenbrier Classic, where he won $1,278,000, the Tour Championship with $1,575,000, his Rookie of the Year award, and $4,312,674 prize money in the PGA Tour, and an Olympic Gold in 2021 in Japan. He didn’t win any prize money in Japan, but the United States gave $37,500 to Xander Schaufelle and all gold medalists of the USA.

Xander Schaufelle finished second in the FedEx Cup in 2019 and went home with $5 million and another $4.5 million for the same event the following year. He also has many endorsements from famous companies such as Adidas, Callaway, Aon, and Hyland.

Jon Rahm has $30 million in career earnings and a net worth of $16 million. He became the 44th golf player to reach the $30 million mark among players of PGA Tour’s all-time money earners. Rahm is a successful professional golf player who established second place in the PGA world rankings.

Jon Rahm also landed a partnership deal in 2018 with Mercedes-Benz and became the second golf player to do so with the German company. He made $5.9 million in the 2020 season and another $7.7 million in the 2021 season, which helped him continue earning vast amounts of money in his career.

Bryson DeChambeau has a no worth of around $10 million that he earned in just five years of playing professional golf. He has $23 million in total earnings and ranks 65th among all-time money earners by a professional golf player. DeChambeau also has a list of endorsements such as Rolex, Bridgestone, Bose, DraftKings, Rocket Mortgage, and NetJets that helped him become a top-earning golfer in the world.

DraftKings signed DeChambeau to become their first signature athlete right after becoming a PGA Tour sports betting partner. He made some appearances in the company’s commercials, landed a partnership with Cobra Golf, a Puma subsidiary, and launched a DeChambeau collection. He also has a partnership with Bentley.

Hideki Matsuyama made $25 million as his total earnings and managed a net worth of $35 million during his professional golfing career. He won 2017 with three tour titles and took home $5,945,990 for finishing second place behind Dustin Johnson. Matsuyama also received $2,070,000 for winning the Masters Tournament in 2021.

Hideki Matsuyama became the first Japanese player to win a significant men’s golfing event. He also became partners with Srixon, Lexus, and Nomura Securities, where he became Japan’s best golfer for his successful golfing career. Matsuyama ranks 32nd on the PGA Tour’s highest-earning golfers. He was also promoted to World No. 14 for winning The Masters and managed to earn $1.19 million after paying taxes.

These top-earning golf players in the world give inspiration to other professional golfers and fans as well. They went through a lot of practice and hardships to attain a successful career in playing golf. Most of them started young and continued playing the sport passionately. Some golf players had unfortunate career experiences, such as injuries, accidents, and significant losses. These events are also huge factors in making them successful golf players.

The top-earning golf players in the world have different stories about how they became wealthy in playing professional golf. Some lived growing up with different cultures and traditions that became huge factors in how they play golf. Their success is all about determination and love for the sport.