Home / China / How to Play Chinese Poker Like a Pro 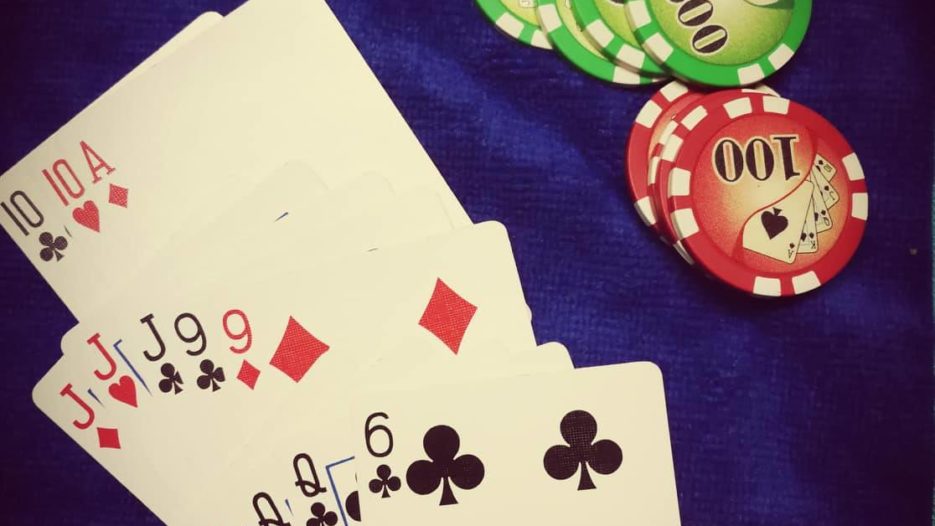 When heading to China, gambling may be one of the activities you would want to try thinking that Chinese people are big on gambling. However, when you get to Mainland China, you would soon realize that it is illegal to do so. All kinds of gambling including poker are illegal in Mainland China. So what do you do? The next best thing to do is learn how to play Chinese poker and enjoy it with newfound friends who may teach you a thing or two about leisurely gambling at their house.

What is Chinese Poker

Aside from Pot Limit Omaha and Texas Hold’em, Chinese locals and some Asians enjoy playing this game during their downtime. Chinese poker is not really a type of poker. It is called as such because it uses poker hands to determine the winner. The game involves two to four players and a regular 52-card deck. While the game commonly does not use chips or betting, some players have a pot that they can win when they have the best hands. There are also several websites that offer online Chinese poker where players can win coins.

How to Play Chinese Poker

As mentioned, the game has a maximum of four players. Once shuffled, the dealer hands out the whole deck to the players, with each player having 13 cards. Should there be only three players, the fourth hand is left face down and remains unused. Should there be two players only, the two hands are used on the next round. The players can only look at the present hand that they are currently playing. They cannot peek on the other hands to remove bias.

Chinese poker does not usually involve betting or raising, but each player can agree on a point value and its equivalent. For example, $1 for every point.

In the game, each player gets 13 cards and they have to arrange it into three sets of poker hands. Do note that two of the poker hands have five cards and the other hand has three cards, which usually sits on the top tier as you arrange it.

Three-Card Hand: The three-hand card, since it should be the worst, can only be a high card, a pair, or a triple. Players cannot place straight or flushes.

Five-Card Hand: The five-hand card is similar to the standard poker rankings. In here, straight, flushes, are allowed.

Once everyone has arranged their cards, the players can now turn their cards face up and compare which of them has the best hand. Each hand is one point against one player. If a player beats another player in all of the three hands or a scoop, he gets a three-point bonus.

Scoring the hands is done by comparing each specific hand against everybody else’s hand of the same type. The better hand gets a point off of the player with the weaker hand. To make it easier to understand, here is an example for two players:

Sometimes having multiple players can be quite confusing to keep track of the score. The best and easiest way to do it is by letting each player keep a tabulation of their score against each of the player. It is also useful to devise a system. For instance, start scoring each hand with the dealer and the player to his left and so on. Then, Player 2 can start comparing and so on. Remember, scoring a scoop awards a three-point bonus.

Chinese poker rules are simple and straightforward. Here are some special rules players need to remember:

Scooping – as mentioned, a player who wins all hands against one player gets a bonus. Typically, the standard bonus is equivalent to doubling the points.

Fouled Hand – a fouled hand is when a player sorts the hand wrongly or against the rules. When this happens, the opposing player automatically wins in all hands or scoops.

Lowball in the Middle – players can choose to play with the middle hand a 2-7 lowball hand instead of a standard poker hand.

Some Chinese poker players would award royalties or bonuses for having a particular hand. For example, player 1 has quad fives and player 2 has quad sixes. Only players 2 would receive a royalty. Other players make it even more complicated by awarding different points for each type of royalty.

These are the most common types of royalties:

No People: This is also a 13-hand card. A player who receives 13 cards without a single face card gets a royalty.

13-Card Hand: Receiving a 13-card hand with a straight from 2 to Ace. The player who receives this automatically scoops.

Three of the Same: A 13-card hand with three sets of flushes or straights.

How to Score Chinese Poker for Money

Chinese poker is quite an enjoyable game among friends who want to spend their downtime earning money but it can also be a lucrative gameplay for the hustlers. So before engaging on any Chinese poker betting, practice with your friends first or you can also do so by playing online. Find the best online Chinese poker websites and take advantage of their welcome bonuses.

Open-Face Chinese Poker is one of the rapidly growing games in the poker scene. It was first developed in Finland and is currently widely played among professional players during their downtime. The Open-Face Chinese (OFC) poker is similar to regular Chinese poker. The players must arrange and sort their cards into three poker hands.

Unlike the standard Chinese poker wherein players immediately receive 13 cards, the OFC players do not receive the 13 cards at the start. Instead, they are given five cards and they must set it up face up. After it, each player gets cards one at a time and they must place them in a row before the succeeding card is received. This shall continue until they all have 13 cards each.