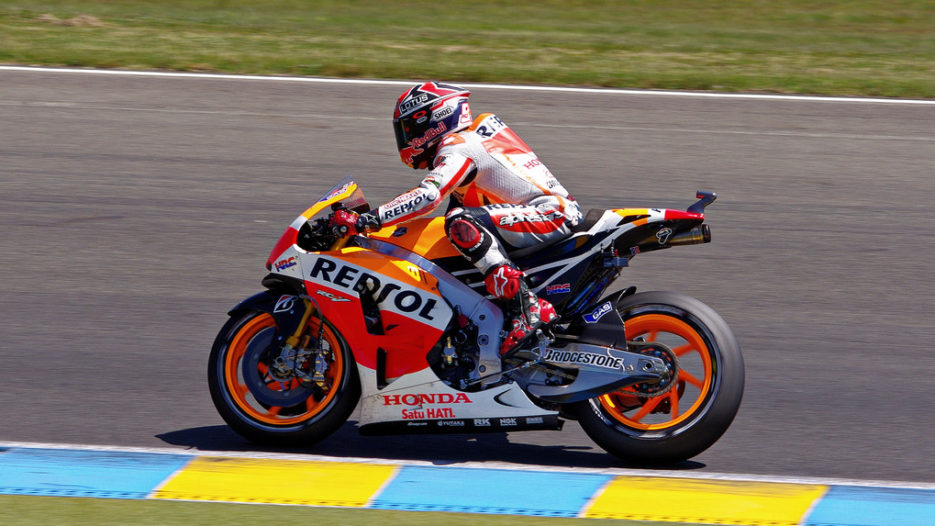 Japan may be very well known to be one of the few Asian countries without a legal land-based casino. Soon enough this will be a thing of the past as the government has already signed into law the Integrated Resort Promotion. Whilst waiting for these casinos to pop up and serve the interests of gamblers, Japan has a number of exciting gambling activities that they can try their luck on. One of the most followed and exploited races in Japan is motorcycle racing.

Motorcycle racing, may not be a gambling activity for some, but in Japan, it is. It has a huge following that some underground gambling operators go to great lengths just to secure a win.

Before we give out the list of top-earning motorcycle racers, let us first delve into a few important details about motorcycle road racing. It was first organized in 1949 by the Fédération Internationale de Motocyclisme or FIM. The FIM-sanctioned races are divided into four classes: the MotoGP restricted to 250cc motorcycles, Moto2 restricted to 600cc motorcycles, the Moto3 restricted to 1,000cc motorcycles, and the MotoE. All of the motorcycles in the said classes except for the MotoE uses four-stroke engines. MotoE, the newly added class, only uses electric engines. To date, the sport’s regulations are under the FIM whilst the commercial rights belong to Dorna Sports.

Grand Prix motorcycles are built for the sole purpose of racing. They are not available for purchase by the public and are not allowed to ply public roads. The Grand Prix races have dramatically evolved in the past years, accommodating the changing times and the demands of the public. Changes also occurred with a motorcycle racer’s performance and annual earnings. Some of the well-known MotoGP racers travel worldwide to compete in a number of FIM World Championship Series. How well they will perform in these tournaments will dictate the income they are most likely to get. Those who do really well can secure endorsement contracts from companies who want to ride on their popularity and fame.

Companies involved in motorcycle racing spend lots of money to win. Leasing a high-performance motorcycle for a racer in the MotoGP can cost them as much as $3.5 million for a single racing season. These riding machines can have speeds reaching 200 miles per hour, making MotoGP races as an extreme sport. So you see, these companies really do scrutinize and choose only the best motorcycle racer to ride the leased motorcycle.

These companies really do base a rider’s winning form in the World Championships. Being the best motorcycle racer comes with a hefty salary. Whilst these racers are not paid as much as NASCAR drivers, they still make a pretty handsome amount of money. If you are an avid follower of Grand Prix racing, you might think that 7-time MotoGP champion Valentino Rossi is the highest-paid racer, particularly after signing a contract extension with Yamaha. Take a guess and read on to see if you got it right. Do note that the list only includes salary from their stint as racers. Earnings from endorsement deals are not taken into account.

Annual Earnings: $2 Million
The 29-year old racer from Italy raced with the Team Suzuki Ecstar where he earned an annual pay of $2 million. Like most riders, Iannone began his racing career on riding pocket bikes before becoming a champion front-runner. His first win was in the 2008 Chinese Grand Prix, which proved to be a career-defining win for him since he had never placed higher than ninth a year before the said race.

Iannone competed in the Moto2 series in 2010, successfully becoming the first rider to take two poles in the class – the Assen and Mugello. For his 2019-2020 season, Iannone will ride with the Aprilia Racing Team.

Annual Earnings: $2.8 Million
Another Italian motorcycle road racer on our top-earning list is the 28-year old Danilo Petrucci. Petrucci was most notable for winning the 2011 Italian Superstock 1000 Championship. He began his racing career in 1998 using mini-cross bikes and mini-trials where he won several national titles. It was in 2006 when he entered CBR600 Cup, bagging the best rookie award. He now races with Pramac Ducati team.

Annual Earnings: $3 Million
This prominent Grand Prix motorcycle racer hails from France and is widely known for bagging back-to-back wins of the 2015 and 2016 Moto2 World Championships. He is regarded as the most successful French motorcycle rider in the Grand Prix racing for having 16 GP victories. For 2019, Zarco will ride for the KTM MotoGP team.

Annual Earnings: $3.3 Million
Dani Pedrosa is one of the well-known MotoGP racers. He made his name in the motorcycle racing world when he became the youngest 250cc Grand Prix World Champion. Pedrosa is yet to win a MotoGP World Championship but he already has some notable victories under his belt. Probably due to his high injury per crash ratio, Pedrosa has announced last July 2018 his retirement from MotoGP racing. Still, fans would see much of him as it was confirmed that he will serve as KTM MotoGP team’s development test rider for 2019 until 2020.

Annual Earnings: $5 Million
Still young but already proven so much in the MotoGP motorcycle racing industry. This 23-year old Spanish racer has won the 2013 Moto3 World Championship. In the MotoGP class, Viñales was awarded the best rookie award in 2015.

Believe it or not, Viñales began his competitive racing career when he was just three years old riding mini-motos before shifting to motocross and circuit racing when he was seven years old.
Fast forward to his MotoGP career, Viñales won the 2017 MotoGP race in Qatar, giving him a solid start with Yamaha. He had some good runs with the team including the win in Argentina.

Annual Earnings: $7 Million
Racing with the Ducati Team, Andrea Dovizioso is one of the top earners in the motorcycle racing industry, earning $7 million annually. His list of victories includes the 2004 125cc World Championship and third place in the 2011 MotoGP. Dovizioso is a consistent rider, finishing fourth and fifth in a number of occasions, and even achieving a third-place podium finish at the Malaysian MotoGP. He finished second to Marc Marquez in the 2018 MotoGP Championship

Annual Earnings: $8 Million
A highly celebrated MotoGP rider in the past years, Lorenzo has been consistently included in the top-earning motorcycle riders. In 2014, he was the second-highest-paid MotoGP rider with an annual salary of $9.2 million, with $7.2 million as his salary from his then Yamaha Factory Racing Team and the $2 million from various endorsements. Ducati now pays the MotoGP Champion rider $8 million annually.

Annual Earnings: $10 Million
The legendary Valentino Rossi may not be the highest-paid MotoGP rider in 2018 but the 39-year old’s accomplishments are already one for the books. He is the only motorcycle racer in the history of the World Championship to ever win the four different classes – 125cc, 250cc, 500cc, and MotoGP. He has won the MotoGP title six times. Rossi holds nine Grand Prix World Championship victories. Whilst his salary is not enough to clinch him the top spot in our list, his net worth of $135 million is enough to make us green with envy.

Annual Earnings: $11.5 Million
Marquez tops the list of highest-paid MotoGP racers for 2018 thanks to his impressive wins in the past years. The Spanish racer first wowed the industry when he won the 2013 MotoGP World Championship at age 20 to become the youngest ever to do so. The said win has allowed Marquez to break several records including the youngest rider to clinch pole position, to hold successive podium positions, to win five successive Grand Prix, to have the fastest lap, and to lead the championship in Premier Class.

Still at a young age of 25, the Spaniard is expected to bring in more impressive podium finishes. Marquez currently rides for Honda.

Did you correctly guess our highest-paid MotoGP rider? Do you think the list will change much next season?