The Complete List of the Top Badminton Players of All Time 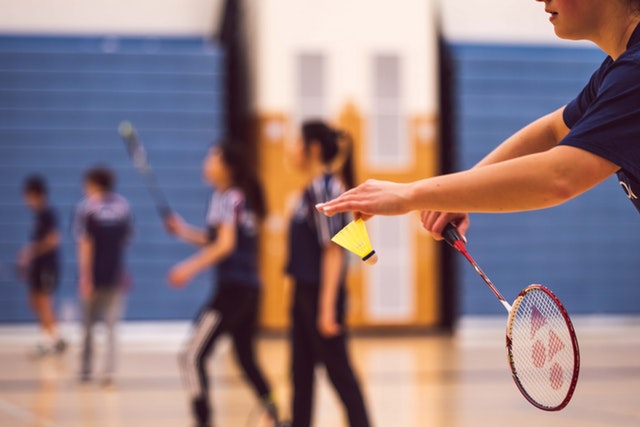 When people talk about badminton, the top badminton players come to mind often originate from China. The game is one of the sports in the world with a huge following. In fact, it is the second most popular game next to soccer. Chinese people are one of the most competitive when it comes to badminton, more so when it comes to sports betting.

Why are more people into badminton? Badminton is referred to as the first racquet sport in the world and is one of the easiest to learn. Widely played in Asia and an Olympic major event, the sport requires players to be agile, precise, and deft in their techniques. Players must also have the needed muscle power and strength coupled with quick reflexes to become one of the top badminton players of all time.

The Badminton World Federation oversees the sport, including tournaments in cooperation with other regional and international bodies.

Here is the list of the top badminton players of all time:

Top Badminton Players of All Time

Lee Chong Wei is a retired professional badminton player hailing from Malaysia. He is only the Malaysian player to rank first worldwide for over a year from August 2008-June 2012 as a singles player. Lee Chong Wei has also played in the Olympics where he took home three silver medals, making him the sixth Malaysian player to bring home an Olympic medal. When he won a silver medal in the 2008 Olympics, then Malaysian Prime Minister Najib Razak gave him the title Datuk and described him as a national hero.

While Lee Chong Wei is a good badminton player, badminton was not his first sport. Growing up, he loved playing basketball but his mom did not let him making him shift his focus on badminton. He uses Yonex Duora10 as his playing racket.

He announced his retirement last June 13, 2019, after several struggles to return his fitness after being diagnosed with nose cancer.

Referred to as Little Dan or Junior Lin Dan, Chen Long is a professional badminton player from China. Ranking no. 2 worldwide, Chen Long began his career in 2007 BWF World Junior Championships. Since then, he has been a force in the badminton particularly when he defeated Lee Chong for an Olympic gold medal in the 2016 games.

Chen Long is a two-time World and All England Champion known for his power, playing style, and badminton shoes. He admits following the career of Lee Chong Wei and Lin Dan since he witnessed them in Beijing Olympics.

Lin Dan is a Chinese professional badminton player who is also a two-time Olympic champion, six-time All England Champion, and a five-time World Champion. Often called as the greatest badminton player of all time, Lin Dan has successfully won all nine major titles there is in badminton including Olympic Games, World Cup, World Championships, Thomas Cup, Super Series Masters Finals, Sudirman Cup, Asian Games, All England Open, and Asian Championships, making him complete the Super Grand Slam only at the age of 28 and is the first and only player to achieve all of it.

Lin Dan is also the first men’s singles player to defend an Olympic gold medal by winning in 2008 and again in 2012. He goes by the nickname Super Dan given by his opponent Peter Gade after taking home the All England Open championship. His playing style is aggressive and risky often smashing towards the sidelines even when he is off balance.

Viktor Axelsen is a professional badminton player from Denmark. Axelsen made headlines when he defeated Lin Dan in straight sets during the 2017 BWF World Championships in Glasgow earning him the World Championship. He is also the first European to hold the 2010 World Junior Championship when he beat Kang Ji-wook from Korea. That particular event is also his most memorable achievement to date.

The Danish player started playing badminton at the young age of six years old. His father introduced him to the game and allowed him to play at the Odense badminton club where he began winning titles including the 2009 German Junior and the U-17 European Championships.

Another non-Asian top badminton player is Jan O Jorgensen. Hailing from Denmark, Jorgensen plays in the Denmark Badminton League representing SIF (Skovshoved). He successfully took home the 2014 European Championship. His other achievements include winning bronze at the 2008 and 2012 European Badminton Championships, silver at the 2010 and 2016 European Badminton Championships, 2012, 2013 and 2015 Danish Championships, and he was also a runner up at the 2009 China Open Super Series. Jan O Jorgensen is also the first European male singles player to win the Indonesian Open when he joined in 2014. He successfully reached the All England Super Series in 2015 but ultimately lost to Chen Long.

Carolina Marin is one of the top female badminton players of all time. She has won the 2014 and 2015 Women’s Single World Championship making her the reach number one BWF ranking in Women’s singles for 66 weeks. She is the first ever Spanish player to achieve this status. She is also the reigning Olympic champion, a four-time European Champion, three-time World Champion. Her 2018 win at the BWF World Championship made her the first female badminton player to win the title three times.

Marin is known for having a powerful smash and swift moves. In terms of world rankings, she is the only player to play left-hand. She is also revered for her immense mental strength and fighting spirit.

Wang Yihan is a retired Chinese professional badminton player. Wang started her badminton career at a tender age of nine years old and credited her badminton success to her mother who always pushed her to give her best. Under the wing of Coach Wang Pengren, Yihan was chosen for the junior tea in 2004 and as subsequently promoted to the senior team after only two years, allowing her to shine in major outings.

Wang took the number one spot in 2009 and has won several accolades for her superb performance during the 2006 World Cup, 2011 and 2013 Asian Championships, 2011 World Championships, and 2012 Olympics.

Li Xuerui is a Chinese top badminton player. She has won a gold medal at the 2012 London Olympics for the women’s singles event. Li Xuerui is among the Chinese players that boast of 14 super series titles, reaching the number one status or 124 weeks, effectively cementing her name next to Wang Yihan in the Super Series tournament.

The Chinese player is notable for her excellent technique, mental stability, physical strength, and good court coverage. However, she suffered a loss to Carolina Marin during the 2016 Rio Games following an anterior cruciate ligament and lateral meniscus tear forcing her to withdraw from the bronze match against Nozomi Okuhara. After recuperating, Li returned to professional badminton via the 2017 National Games of China, playing doubles. She returned to international women’s singles at the 2018 Lingshui China Masters where she won the title.

Ratchanok Intanon is a Thai professional badminton player and the youngest player to ever win the singles World Championship at the age of 18 years 6 months and 6 days old. Intanon also held the Junior Championships for three consecutive years from 2009 to 2011. She also holds the recognition as the only Thai player to reach number one status in Women’s Singles.

Intanon has amazed spectators and commentators for her relaxed hitting motion and light footwork often described as that of a ballerina’s. She holds the following records: Youngest ever singles BWF World Champion (2013), youngest ever BWF World Junior Champion at age of 14 (2009), first ever three-time champion in a single discipline of the BWF Junior Championships (2009, 2010, and 2011), youngest ever singles finalist, first singles player to win three Super Series titles in three consecutive weeks, and the first Thai player to reach World no. 1 ranking.

One of the top badminton players from China hails from Taiwan and holds the number one spot in Women’s Singles. She became number one in women’s singles at age 22 and has held the rank for 125 weeks already surpassing Li Xuerui. She is also the youngest player to reach the number one spot in the Taiwanese Ranking Competition at only 16 years old. Tai Tzu-Ying has won six Super Series titles in 2016 and 2017. She also won the All England Open in 2017 and 2018 and is also a three-time Hong Kong Super Series Champion in 2014, 2016, and 2017.

Tai Tzu-Ying’s playing style is quite unpredictable and spontaneous making disguise shots with impeccable technique. She also has a relaxed hitting motion and is known for fast smashes with a record of 360 kilometres per hour. Tai Tzu-Ying also has a strong backhand and impressive net play. 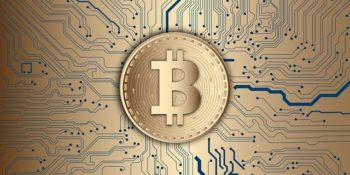 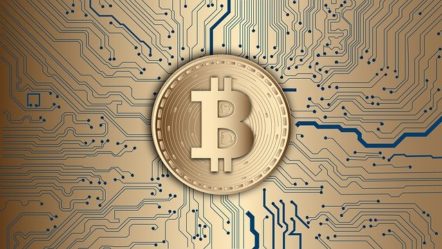 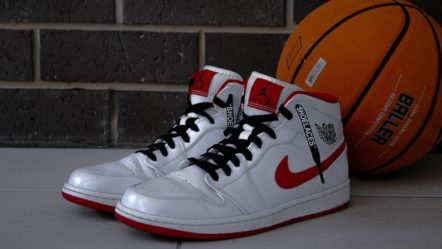 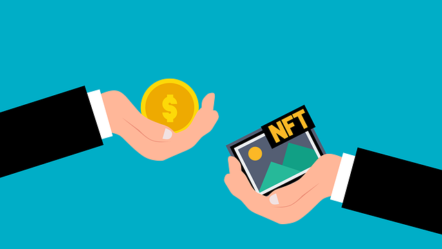 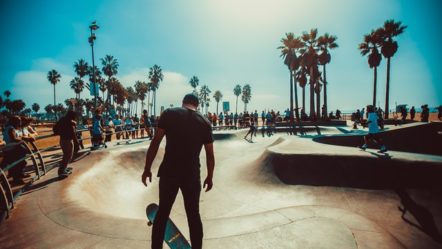 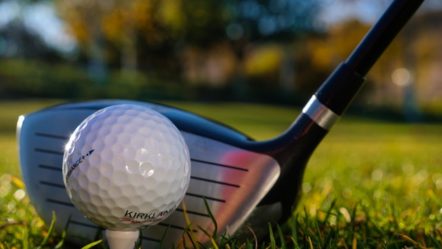 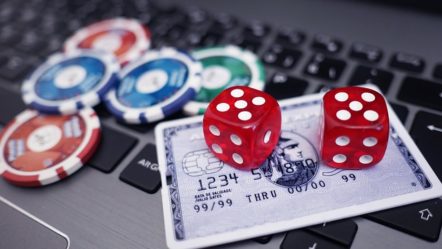