Home / Blog / Sports Stars and Their Expensive and Cool Cars

Sports Stars and Their Expensive and Cool Cars 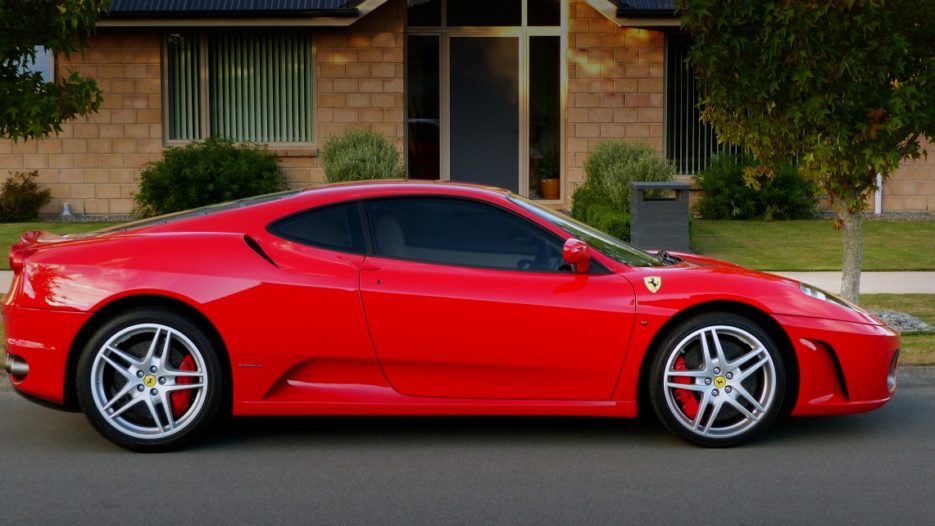 Being good, terribly good at any sport, can fetch you large sums of money from salary and other sponsorship deals and it is no wonder if these sports stars would splurge it on expensive and cool cars. Some of these stars buy their cars because it was their dream car before they were even famous whilst others buy them just because they can really afford these cars and no one can even fault them for that. As China's super-rich increase in number, so does their interest in super cars.

LeBron James is probably the most popular and most criticized basketball players. People can hate him for his swag but this doesn’t change the fact that this forward has made millions for being good at what he does. James has made millions in his NBA stint and various endorsement deals. This has allowed the player to assemble a fleet of enviable cars including the Ferrari F430. The car is not the best car to drive your family around but it is the best one to drive when you want to have some alone time whilst soaking in the sunny afternoon.

James is a sportsman who really wants to stand out amongst the rest and he clearly does it by buying for himself the Aventador Roadster. A super expensive car, James’ Lambo may not be a visual treat but it suits the basketball star’s taste.

The Filipino boxing champion is known for his superb hand speed on the ring and the tremendous amount of money he has made. He is also popular for rewarding himself with several lavish buys from houses, a basketball franchise, and luxury vehicles. Pacquiao drives around a Ferrari 458 Italia, a mid-engined sports car with a top speed of 325 kilometres per hour.

Probably one of the most ostentatious sports stars of this generation, Floyd Mayweather is not ashamed to show the world his assets. The boxing star always makes his 22.7 million Instagram followers know where he spends his money including a fleet of Bugattis. Bugatti Veyron, a supercar in all proportions, is a rather pricey purchase and Mayweather has several of them. You do the math. He is indeed one of the few sports athletes, if not the only one who can own as much since the said supercar costs more than a million dollars.

Aside from an ultra-expensive Bugatti, Mayweather also owns a Koenigsegg CCXR Trevita, estimated to cost close to $4.8 million. The car can have a top speed of 250 miles per hour, making it an enviable supercar. The boxer couldn’t find any other way to spend his moolah and we sometimes wish we can be as lucky as he is.

The New England Patriot star player who celebrated their recent Super Bowl win owns an Audi R8. The car is a two-seater sports car that utilizes the Audi’s Quattro permanent all-wheel-drive system. Brady has earned for himself a huge sum of money that it is easy for him to purchase any car he prefers. With his recent win, maybe this Patriot will find himself shopping for another beast to add to his growing collection.

Shaq is a big guy and we do not expect him to drive around a sports car that would only cause him difficulty as he drives off from meetings to meetings so it is understandable that this gentle giant purchased a $400,000 Rolls Royce Phantom. Shaq has made quite a noise when he almost went bankrupt for making unnecessary lavish purchases at the height of his career. That point in his life made Shaq limit his expenses and think about investing, making him an accomplished entrepreneur.

Rolls Royce is a perfect car. It is classy and is sure to last Shaq a good several years and it has a good resale value, making it a good investment vehicle.

Lamborghinis are famous choices for several athletes. It could be because the price tag is a show of how successful they are in their chosen field. Zlatan Ibrahimovic is a remarkable futbol player who fell in love with a Lamborghini, but since a lot of his contemporaries own one, he customised it to make it his own. He had his car custom painted pink. Why the choice of colour? It could be because no other player would try to copy it? We can’t say really but what we know is that he went all out with the paint job.

John Cena is John Cena and it is no surprise if the wrestler chose to have Corvette custom-made a car just for him. Aptly called, InCENArator, the Corvette C7 R was built by Parker Brothers to make it fit for Cena whose only request was to make the car look like it was the year 3000. The car comes with a glass clamshell opening roof and 24-inch rims inspired by jet-turbine engines. Cena, in his true fashion, put a flamethrower in each cylinder. The car is stock Corvette with a 5.5 litre V8 making 491bhp.

Kobe Bryant is a force to reckon with on the rubber. He has made a glorious career playing basketball that it is fairly okay to spoil himself from time to time like with a cherry red Ferrari F430. The car, which sells for $61,000 to $470,000, may not be one can expect the Black Mamba to own but he has definitely made a good choice by going with a classic supercar.

The former Major League Baseball pitcher has made a successful transition into an automotive dealership and he is proud to own the McLaren P1. Wilson loves this supercar that the pitcher even made an article about the supercar after driving it home. We cannot blame him when he said that the car, worth more than a million dollar, is his dream car.

Wilson’s McLaren “hyperblurple” has a stunning paint job – bold and unique, wacky and gorgeous, as Wilson himself described it.

It’s like every athlete wants to own a piece of Lamborghini and National Basketball League’s Russell Westbrook is happy to join the bandwagon. The shooting guard has an impressive car collection and owns a car dealership so it is no surprise that he would get a cool car like a Lambo.

Derrick Rose may be popular on the court for his number of injuries but the former Chicago Bulls star is also famous for being pictured shovelling the ice around his Bentley Mulsanne. The $300,000 supercar is a beast on the road just like Rose is on the court when he is lucky enough to play for his team.

Maria Sharapova is a commendable tennis player who served as the Brand Ambassador for Porsche. With the many Porsche models she was pictured in, it was the Porsche 911 Cabriolet that she truly called her own. Maybe Sharapova wanted to drive a car without having to worry about being super flashy just like her personality.

This car reportedly converted Sharapova from SUV to a die-hard Porsche enthusiast. Before options, the car costs roughly $200,000.

Racecar driver Lewis Hamilton is hungry for speed. When he is not racing on the track, he would love to drive something that is close to what he is driving for work. Pagani Zonda is an extremely fast and ultra-expensive car having a price tag of more than $1.4 million. The car has a top speed of 220 miles per hour and the purple colour is a statement that Hamilton wants to be seen when he is on the road.

Cristiano Ronaldo is a soccer superstar. His face is easily recognizable wherever he goes and it is no surprise if he chose to add a Bugatti Chiron to his growing collection of cars. He currently owns Bentleys, Porsches, Ferraris, and limited edition Audis but his prized car is this Bugatti Chiron, touted as one of the fastest cars to ever hit the roads.

Another tennis great to land our list is Serena Williams. She owns a Bentley Continental GT with a price tag of $198,500. The car has a W12 engine producing a 581 horsepower and sends the GT to 60 miles per hour in only 4.3 seconds.

He is great on the field but Messi has good taste in cars. He owned a Maserati Gran Turismo MC Stradale with a price tag of $150,000. He upgraded the car and threw several thousand more to its base price tag. He put up the car in 2017 for only $125,000 – a real catch for Messi’s biggest fans.