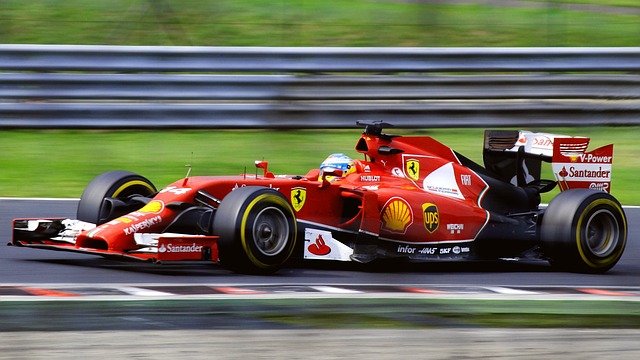 Formula 1 ranks behind other sports like baseball and football by quite a margin. But not in Japan. Locals love watching and following car races. Some Japanese even bet heavily on this sport. This billion-dollar sport has the most competitive drivers, regarded as the world’s best athletes, and they receive huge salaries for their skills like MotoGP racers. Not all Formula 1 drivers can demand a high income, but lucky for those skilled and talented drivers, they have made sure they receive the paramount dollar at the end of each season.

Here is the list of the highest-paid formula one racers:

Embellished across Lewis Hamilton’s helmet and tattooed across his shoulders is the saying “Still I Rise,” he has performed to be the most celebrated rookie in F1 history in 2007. He has surpassed his hero Ayrton Senna with the all-time pole position, second place in the wins column after Michael Schumacher, and outperformed the legendary Sir Jackie Stewart for having the most championship by a British driver.

Hamilton has gained his respect from his competitors and peers because of his achievements as an F1 race car driver.

Sebastian Vettel has won back-to-back world titles between 2010 and 2013. He looks up to his hero, Michael Schumacher, to lead from the front and use a pure pace to win a race. He uses a one-finger victory salute as his trademark.

Outside the competition, Vettel knows how to let loose by belting out on Beatles karaoke. He has four world crowns, 50 pole positions  and race victories, making him above many of the biggest names in F1 history.

Ricciardo is a proven race-winner for Red Bull, with the capacity to consistently finishing at the business end of the championship board. Renault’s team is onto a new chapter as it faces new challenges for the Perth racer as he ventured his career behind Jack Brabham and Alan Jones as the next Australian world champion.

Max is the youngest Formula 1 competitor at the age of only 17. He is the youngest points scorer then soon became the youngest race winner at the age of 18 years old. Max had an opportunistic but controlled drive on his first appearance for Red Bull in Barcelona. And another remarkable drive in Brazil from the back of the group to the podium on an undependable wet track kept the commendations coming.

Racing runs through his blood as he is the son of former F1 driver Jos Verstappen and super-quick karting Sophie Kumpen. He remains open to his family and is not afraid to speak his mind despite moving out of Dad’s house to live in Monaco.

Valtteri was born to be a Grand Prix racer, and he learned his skills on Finnish roads of ice and snow. He explains that if you can drive on the frozen streets of Finland, then you can drive anywhere.

Bottas soon became part of the F1 family with his debut in 2013. He garnered his points and podiums as a reliable racer and even showcased his ability by amassing the most points without a win. The fact that he is a points machine, it promoted him to the most desirable seat in F1 – Nico Rosberg’s vacant championship-winning seat at Mercedes.

Alongside Lewis Hamilton, he emerged at the Silver Arrows in 2017, and clock up personal pole positions and victories as well as a team championship for Mercedes. With 13 podiums, he is tied with Hamilton and Sebastian Vettel.

He considered the 2018 season was his worst in F1, as he had zero wins to teammate Hamilton’s 11. It is a big challenge for him, who must regularly beat the Ferraris if he wants to get the fourth Finnish world champion.

Kimi is a talented race driver that inspired Sauber to give him his debut in 2001. They re-signed him again for 2019. His fast and fearless driving techniques led to memorable McLaren wins. He does his talking on track while he stays devoted to his family.

Nico Hulkenberg is known for his strength and stamina as a midfield buccaneer for Force India, Williams, Sauber, and Renault throughout his career spanning back to 2010. He mastered changing track conditions to take a marvellous pole position in Brazil, proving his smartness as well as robustness.

Hulkenberg transforms himself as a down to earth person when he is off the track. He is the type of person that has an audacious sense of humour.

Carlos Sainz promptly showed his skills and fighting spirit when he entered F1’s Bull Ring matched alongside Max Verstappen at Toro Rosso in 2015. He was nicknamed Chilli because of the way he puts the car on the edge as he pothers his way through the pack with such tenacity.

Sainz has this calm personality where he didn’t down perturb by the pressures of forging a Grand Prix career with a famous name. He is the son of his namesake and has brought his Dad’s talents to the F1 circuit.

Charles Leclerc is from the idyllic Mediterranean country of Monaco. Expectations were very high when he arrived in F1. He may have quit school at a very young age, but he showed this was all worth it with his talents in the F1 world. He showcased a brilliant set of skills from the sizzling pole positions, obtaining victories, and the ability to muscle his way through the pack. Leclerc learned how to handle pressure through winning back-to-back championships.

After a stretch with Sauber and Force India, Perez has developed into a systematic racer and team leader. He became a smooth driver and mastered managing tyres to scrimp out extra performance, and that gave him the upper hand on strategy.

Sergio has accumulated more points than any other Mexican, but he is yet to level with his idol, Pedro Rodriguez. Victories may not be assured, however, but Perez is working hard and racing with his heart.

Romain Grosjean is not only a racing star but a head chef as well. This French racer has collected a string of magnificent podiums for Renault before moving to Haas team. Romain had his struggles when he was starting as a professional racer in 2009, making him move back to the subs.

With his return in 2012, Romain became more mature and even had his cookbook published. He was more enthusiastic and expansive than before.

Pierre Gasly was named as Toro Rosso driver in 2018 after he was called up to make his 2017 debut in Malaysia in place of Daniil Kvyat. He then succeeded in moving up again to replace Red Bull superstar Daniel Ricciardo after bagging 21 races into his flying career.

Unfortunately, he has endured unsympathetic comparisons with superstar teammate Max Verstappen. He was then sent back to Toro Rosso with another young aspirant Alex Albon.

A teenage sensation and one of the cool kids on the grid, Stroll was introduced after his 18th birthday before he got his road licence and finished high school. He then set records right away and meant business in his 2017 debut. Lance is the son of a wealthy entrepreneur and is used to an affluent lifestyle. He mastered his skills to become the youngest driver in history to line up on the front row.

Kevin Magnussen is a second-generation F1 driver, following the footsteps of his father, Jan onto the grid. He worships the likes of Stirling Moss and Juan Manuel Fangio who are from the golden era of Grand Prix racing.  After a season with Renault, Kevin found a new home at Haas, where he feels he really belonged with the group and an opportunity for growth. When he is not racing, Kevin is just a laidback and affable person who dreams about his one job – racing.

Robert Kubica suffered multiple injuries in a rallying crash and made him lose his rank. But his return this year makes it one of the most inspiring comebacks in the history of sports. His injuries never held him back with his unshakable determination of winning races.

He is now into competing against next-generation racers and old rivals on his way to greatness. The F1 community is waiting to see what he has to show the world on his long-awaited return to the grid.

Formula 1 is considered one of the wealthiest sports in the world and F1 drivers get paid with much money. Their salaries are measuring up to some of the most affluent golfers, footballers, and basketball players in the world.