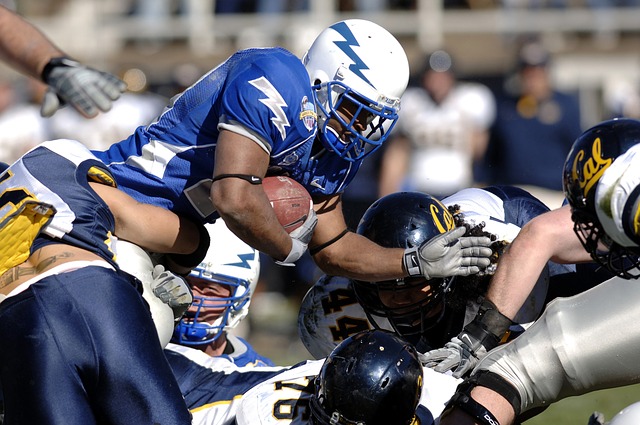 Football is a popular sport, well-loved by many all over the world. Despite being a small country, Cambodia is one of the countries that adores football. In fact, it is as popular as martial arts. However, football in this part of Asia must not be confused with American football. Still, a number of expats are looking for some American football action whilst they are staying in Cambodia. Some console themselves with watching American football in the Australian Sports Network.

Whilst there may be a limitation in terms of American football, it is not the case for professional football players who tried their luck in show business. The popularity brought about by being stars on the field often force these sports stars to bring their presence on the big screen, particularly for movies that call for actors with built, power, and knowledge they gained through the sport.

Terry Bradshaw was an American football quarterback who was the 1970 NFL Draft Pick No. 1. He played as a professional in the National Football League where he was known to have one of the most powerful arms in the league. His strength and leadership on the field were crucial in the success of Pittsburgh Steelers. Bradshaw played in 19-postseason game where he completed 261 passes for 3,833 yards.

His success in the field translated into success in the screens as he became a TV sports analyst and host of the Fox NFL Sunday. Bradshaw also appeared in several films including Failure to Launch.

As an actor, Karras had an equally notable career starring in films like Blazing Saddles and television shows like Webster as George Papadopolis.

William Scott Goldberg or Bill Goldberg is another football player who made a successful transition to being an actor. Goldberg was a professional wrestler known in the World Championship Wrestling (WCW) and WWE. He even became the face of WCW during Monday Night Wars. Before he became a professional wrestler and actor, Goldberg was a professional football player who earned a scholarship to the University of Georgia where he played as a defensive tackle. He was drafted by the Los Angeles Rams during the 1990 NFL draft. During his career, he played for CFL Sacramento Gold Miner and Atlanta Falcons from 1992 to 1994 then he transferred to the Carolina Panthers. He officially retired from football when he tore he had an injury.

In TV, Goldberg had a pretty good level of success by starring in films like Universal Soldier: The Return and television shows like Family Guy. He also had a successful hosting career.

William Thomas “Bill” Romanwoski is a professional football linebacker who played in the National Football League under the San Francisco 49ers, Denver Broncos, Philadelphia Eagles, and Oakland Raiders. Playing for 16 years in the NFL, Romanowski made a name for himself by being one of ESPN’s dirtiest players in professional team sports history. During his career, he played a total of 243 consecutive games from 1988 to 2003. He finished his career winning four Super Bowl Championships out of the five Super Bowl appearances. He had a total of 1,105 tackles, 39.5 sacks, 18 forced fumbles, and 18 interceptions.

As an actor, Romanowski starred in several films including The Longest Yard, Shooting Gallery, The Benchwarmers, Wieners, Get Smart, Bedtime Stories, Jack and Jill, and Blended.

Charles Aaron “Bubba” Smith was a professional football player who played as a defensive end during his college and professional playing years before he became a well-known actor.

Smith became popular in the field during his college years at the Michigan State University where he earned All-American honors twice whilst being on the Spartans football team. His play was extremely crucial in the 10-10 tie with Notre Dame in 1996, which was also considered as the Game of the Century. Smith was one of the three players to have their jersey numbers retired by the program. He was eventually inducted into the College Football Hall of Fame in 1988.

During his professional football stint, Smith became the first draft pick during the 1967 NFL draft by the Baltimore Colts where he played from 1967 to 1971. He transferred to Oakland Raiders from 1973 to 1974, Houston Oilers from 1975 to 1976.

During his acting stint, Smith was often cast in comedy roles in both television and films. Some of his notable roles include Moses Hightower in Police Academy series, Benny Avalon in The Wild Pair, and Peter Jackson in Drifting School. He also appeared in several shows as himself like in Gremlins 2” The New Batch, The Flunky, and Breaking the Huddle: The Integration of College Football.

Carl Weathers is a former professional football player who has starred in some notable films. During his football career, Weathers played as a defensive end during his college career at Long Beach City College. He transferred to San Diego State University where he became a letterman for the San Diego State Aztecs. As a free agent in 1970, Weathers signed with the Oakland Raiders as a linebacker. Weathers retired from football in 1974 when he began his acting career.

As an actor, Weathers is notable for his performance in the Rocky series playing as Apollo Creed. He also starred as Al Dillon in Predator, Chubbs Peterson in Little Nicky and Happy Gilmore.

Dwayne “The Rock” Johnson may be popular for being a professional wrestler before he became one of the highest paid actors in Hollywood. However, many do not know that The Rock was also a football player in college. He played for the University of Miami where he won a national championship. Johnson was training to become a professional football player when he was cut from the Calgary Stampeders of the Canadian Football League.

As one of the most successful actors of today, Johnson first starred in one episode of the That ‘70s Show. He then appeared as an alien wrestler in Star Trek: Voyager. His first big role came in 2001 in The Mummy Returns after which he took on the leading role of the film’s spinoff The Scorpion King. His long list of films now include The Rundown, Walking Tall, Be Cool, Doom, Gridiron Gang, The Game Plan, and Fast Five, among others.

Fred Williamson, aka The Hammer, is a professional football defensive back player of the American Football League. He was signed as a free agent by the Pittsburgh Steelers where he played for one year. He then transferred to the AFL under the Oakland Raiders playing in the AFL All-Star team in three consecutive years from 1961 to 1963.

After his retirement from football, Williamson tried his hands on acting with notable portrayals as Tommy Gibbs in Black Caesar and Hell Up in Harlem. He also starred in Hammer, That Man Bolt, and Three the Hard Way.

Howie Long is one of the football players who became actors in Hollywood. The former football star played as an NFL defensive end for 13 seasons with the Raiders. Long was included in eight Pro Bowls and has helped the Los Angeles Raiders clinch the Super Bowl XVIII. Long was inducted in the Pro Football Hall of Fame in 2000.

After hanging his jersey, Long pursued an acting and broadcasting career and is currently serving as Fox Sports analyst for the NFL.

Born James Nathaniel Brown is also another football player who became a successful actor. Serving as the running back for the Cleveland Browns of the NFL, Brown is known as one of the greatest football players of all time. He is recognized as the AP NFL Most Valuable Player thrice and has shattered many of the major rushing records in football. Brown was inducted into the Syracuse College Hall of Fame in 1995. During his professional football stint, Brown carried the ball 2,359 times for 12,312 rushing yards and 106 touchdowns. He is the only NFL player in history to average more than 100 rushing yards per game. He was inducted into the Pro Football Hall of Fame in 1971.

When it comes to his acting career, Brown first appeared as a buffalo soldier in Rio Conchos.