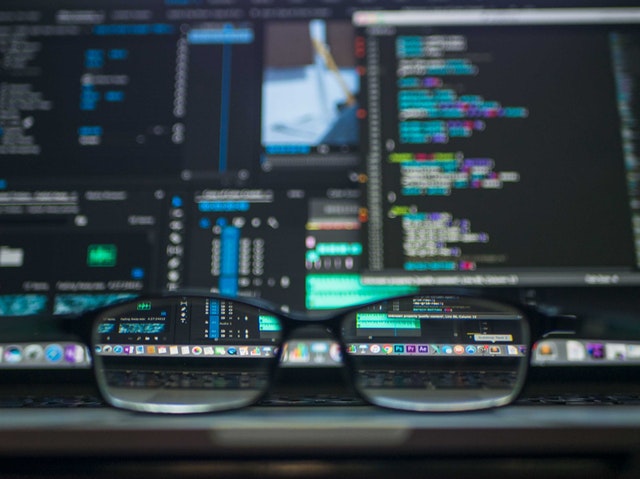 The mobile gaming industry is growing at an unprecedented rate, with a host of game developers keenly improving graphics, gameplay, soundtrack, and storyline to create a great impact among gamers all over the world. China is big on games. Almost all of the Chinese are hooked on their mobile phones, always on the lookout for the latest games to hit the market.

In recent years, the mobile gaming industry has flooded the market with a variety of exciting and amazing mobile gaming applications that pushes game developers to improve what they offer for their dedicated fans.

Do you want to find out the top mobile gaming developers who have cemented their name in the industry? Check out our list below:

Supercell, since its foundation in 2010, is among the top mobile gaming developers recognized in the world. Based in Helsinki, Finland, Supercell has had a good run since it gifted the world with ‘Hay Day’ and ‘Clash of Clans.’ In 2017 alone, the company reported having a profit of close to $1 billion thanks to their 100 million active monthly users. The company’s value to date is at an astounding $10 billion.

Niantic is a small company previously under the ownership of Google. This American gaming company has made a name itself by offering their most famous augmented reality (AR) game, ‘Pokemon Go’ that boasts of more than 100 million downloads since its launch. ‘Pokemon Go’ made headlines in 2016 and Niantic lab is hoping to follow it up with ‘Harry Potter,’ which they hope will be as profitable as the former.

Probably most game developers never thought that the company will be as big as it is today since Tencent it started as only as a value-added internet service provider (ISP). However, Tencent has had many accomplishments to date including being the first Chinese tech brand to have a valuation of more than $500 billion. Almost two decades in the business, the company is forecasted to grow even more as gaming becomes a significant part of the company, with the popular ‘Honor of Kings’ taking the gaming world by storm.

Another Chinese online and mobile gaming company making huge waves in the industry is NetEase. The company, a direct competition of Tencent, is known for distributing World of Warcraft and a host of other Blizzard games into the Chinese market. To date, the company takes the top spot in the Chinese App Store with their offering of ‘Fantasy Westward Journey,’ an MMORPG game released for the Microsoft Windows platform in 2001 having a peak concurrent users of 1.5 million.

NetEase also ranks fourth in the global revenue among mobile gaming companies and number two as an iOS publisher in China.

Previously known as Addmired, Machine Zone rebranded after it appropriated $8 million in funding from Menlo Ventures. Since then, the company has become one of the prominent developers in the mobile gaming industry thanks to the success of ‘Game of War: Fire Age’ and ‘Mobile Strike,’ which are both ranked as one of the top ten highest-grossing mobile games.

With the growing popularity of mobile gaming in South Korea, Netmarble is one of the biggest to benefit from it as it stands as the country’s biggest mobile gaming company founded by Banh Jun-Hyuk. Included in the company’s roster of games are ‘Marvel Contest of Champions’ and ‘Lineage 2 Revolution.’ The success of the two said games has propelled Netmarble’s name into the consciousness of mobile game developers as the games became part of the top five grossing charts in 78 countries worldwide. Based on App Annie’s ranking, Netmarble takes the 8th position in the global in-app sales in 2018.

Many are probably aware of King Digital Entertainment as the brain behind the ultra-successful ‘Candy Crush.’ The game has had many versions and has surpassed more than 2.75 million downloads since the company launched it on the mobile platform last 2012. Since the success of ‘Candy Crush,’ the company has developed other games including ‘Pet Rescue,’‘ Farm Heroes,’ and ‘Bubble Witch.’

EA is more commonly known as a video game company. However, the company has also successfully forayed into the mobile gaming industry with the well-timed introduction of EA Mobile. The company has offered sports-related games including ‘Madden NFL’ and ‘FIFA 15 Ultimate Team.’ In 2016, the company has already hit the $500 million mark in profit and increasing more by 2017 as it reached $637 million in revenue.

Mixi Inc. is a powerful mobile gaming institution in Japan. In the years that it has offered mobile games, it has always been included in the top-grossing mobile gaming apps in both Android and iOS. ‘Mobile Strike’ boasts of more than 40 million downloads and has already given birth to a number of dedicated fans.

Another top mobile gaming developer coming from Japan is GungHo Online. The company is popular for offering the ‘Puzzle and Dragons’ app, a game that features the standard gem-matching game with a Japanese style role-playing game. The game has already surpassed 47 million downloads in Japan alone.

Nintendo is known worldwide for offering a host of amazing games. Whilst the company was first known in making video games, they have also ventured into mobile gaming. Nintendo enjoyed a successful 2017 thanks to the sales of Nintendo Switch. Since the company went into mobile gaming, they have continually offered outstanding games such as ‘Animal Crossing,’ ‘Super Mario Run,’ and ‘Zelda.’

Jam City is a US-based mobile gaming developer launched in 2010. The company has introduced a slew of mobile games that has more than 800 million games altogether, with the most popular being ‘Panda Pop,’ which alone has more than 100 million downloads and 9.3 million active monthly users.

Sony Interactive Entertainment has launched a new company that deals with mobile gaming with ForwardWorks Corporation. Like many video game developers, Sony has also added another money-making venture by offering mobile games. Among the company’s mobile game titles include ‘Hot Shots Golf,’ ‘Wild Arms,’ and ‘Arc the Lad’ series.

Peak Games is a Turkish company known for offering casino games such as Gin Rummy and Bid Whist. Since 2016, the company has also offered different games with the most notable being ‘Toy Blast’ and ‘Toon Blast’, both of which have consistently included in the top 20 App Store in the US and the UK. The company attributes its success by offering its users culturally-specific games that encourage strong engagement and easy monetization strategies.

One of the top mobile gaming developers today is Com2uS hailing from Korea. The company has consistently offered award-winning games both locally and internationally. The company has a huge roster of games for its users spanning online sports, action, arcade, music and role-playing games which are all available for download in both iOS and Android. The company’s games include ‘Tiny Farm,’ ‘Witch Wars,’ ‘Homerun Battle,’ ‘Escape the Ape,’ ‘Derby Days,’ ‘Las Vegas Story,’ ‘MiniGame Paradise,’ and ‘Chocohero.’

Persistence and patience have made NCSOFT one of the biggest mobile gaming companies in the world today. Since its foundation in 1997, the South Korean0based developer has offered its users a long list of hits and top-grossing titles including ‘Lineage,’ ‘WildStar,’ ‘City of Heroes,’ ‘Guild Wars,’ and ‘Aion.’

Square Enix Holdings Co is a Japanese video game developer who has also made a successful venture into the mobile gaming industry. Since its launch, the company has offered efficacious titles that are centered on role-playing games and original free-to-play games such as ‘Final Fantasy XIV.’

If you are looking for mobile gaming developers with a huge success in different games, Miniclip is the one you are looking for. The company has offered a number of games including ‘8 Ball Pool,’ ‘Football Strike’, and ‘Agar.io.’ In fact, the company has accrued more than one billion downloads for its games, boasting of over 200 million active monthly users. The company’s flagship game, ‘8 Ball Pool’ even became UK’s top-grossing game in January 2017. Miniclip hopes their ‘Football Strike’ game will experience the same success.

IGG or I Got Games is a mobile gaming company based in Singapore. The mobile gaming developer is the company behind the popular ‘Castle Clash,’ which continues to bring in more revenues to the company which profits as much as $120 million annually.

Who would not know Rovio as the mobile game developer behind the ultra-popular ‘Angry Birds,’ which has already surpassed 3 billion downloads? The Finland-based company experienced a slow start but has gained prominence in the last two years with the introduction of ‘Angry Birds 2,’ which has always been included in the top 50 grosser games after a host of updates. Since 2017, the company has launched different titles including ‘Angry Birds Evolution,’ ‘Angry Birds Match,’ and ‘Battle Bay.’ 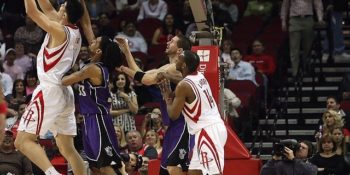 ChinaExpat’s Guide on How to Bet on Basketball 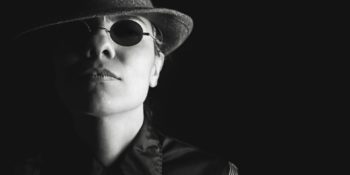 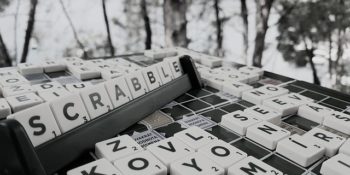 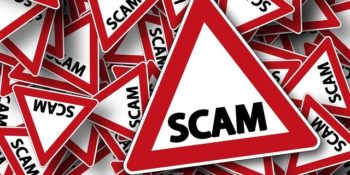 ChinaCasino Scams You Should Be Aware Of 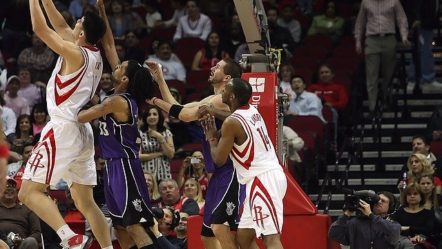 Expat’s Guide on How to Bet on Basketball
read more
Zhang Wei WangApril 22, 2020
Interested in learning about how to bet in basketball? Basketball is considered one of ... 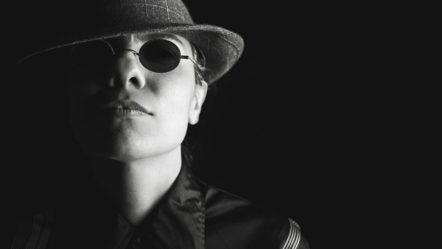 How to Play Like a Professional Poker Player
read more
Zhang Wei WangApril 16, 2020
For poker enthusiasts, playing it for a living looks like the perfect job. However, it is ... 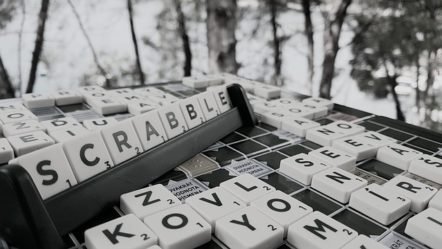 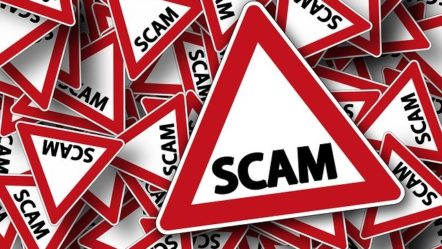 Casino Scams You Should Be Aware Of
read more
Zhang Wei WangMarch 12, 2020
Many forms of gambling like poker, sports betting, and mahjong without any ...

The Role of Bitcoin in the Chinese Gambling Industry
read more
Zhang Wei WangJanuary 30, 2020
China is unlike other nations that prohibit cryptocurrency utilization. It presents a ...
About Expatbets