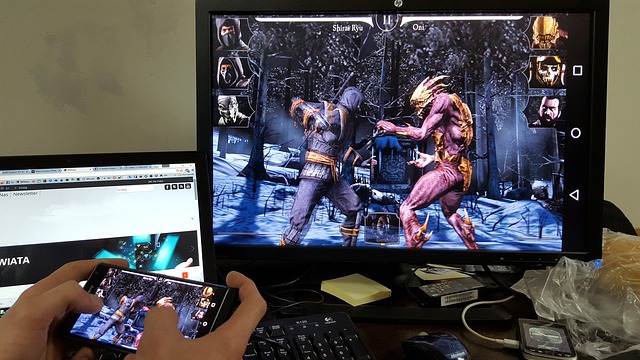 Popular gaming apps in China are receiving huge following thanks to the widespread use of smartphones. In China, the mobile gaming industry is seeing a massive surge of as much as 250% in the last three years alone. Chinese games have a high market value close to US$ 11 billion. This is despite the fact that Chinese mobile users do not have the luxury of downloading games via the Google Play Store and roughly 35% are iOS users.

The introduction of new and advanced technology has changed the way locals are enjoying their games. Many of the popular gaming apps in China allow them to create a world where they can become whoever they want to be. Here are some of the widely played titles in China:

Honor of Kings by Tencent Holdings

This game is undeniably the most popular gaming app in China with over 55 million active players, making it the world’s highest grossing game. In only its first quarter, Tencent Holdings generated a revenue of US$ 875 million.

The developer launched the game internationally and rebranded it as Arena of Valor. The multiplayer online battle arena game (MOBA) follows the same concepts used by League of Legends and DOTA 2, other famous eSports games today. The game allows the player to team up five fantasy characters and play a 5v5 game against their opponent.

The game has great visuals, sound effects, and character development where players can choose from several characters including traditional Chinese folklore to the more popular and Western characters such as Wonder Woman or Batman.

Onmyoji is a turn-based fantasy strategy game that allows its users to play against another player (PvP) or against the environment (PvE). Battling opponents will strengthen the shikigami and eventually allow them to build their very own tactical team which can defeat demons and become the ultimate onmyoji.

The collectible card game has an immense array of characters that players can choose from including fox spirits and wolf swordsman. Each character has their own backstory, skills, and abilities that players can evolve and improve as they level up. They can use this to socialize with other players near their location.

The game features a detailed storyline, amazing sound effects, and professional voice-overs that bring each character to life.

Developed and run by NetEase, Fantasy Westward Journey is another popular gaming app in China. It is also one of the most successful since its launch in December 2001. Despite almost two decades in the market, the game still has a huge following with more than 250 million active users in China alone.

The game following the story of a priest who goes on a journey with three companions including the Monkey King, paying homage to the Chinese cultural legacies whilst incorporating the technologically inclined generation making it a perfect game for anyone who loves Chinese games.

Heavily inspired by MarioKart, QQ Speed is an online multiplayer racing game developed by Tencent Holdings. The game became an instant hit since its release in January 2018 making it one of the top grossing games to date. The simple gameplay makes it an enjoyable title to play whilst relaxing. Players must compete with other racers on different tracks whilst collecting various items to win the game.

Knives Out by NetEase

This battle royale game published by NetEase last November 2017. The game lets its players team up with a friend whilst on an island with lots of weapons. The main objective of the game is to be the last man standing. The game also comes with maps where players can explore and combat in. The fluidity of the character’s movements and the ultra-realistic graphics make it a wildly entertaining title to spend hours in.

Published by Tencent, Player’s Unknown Battleground (PUBG) is a mobile gaming app rapidly gaining popularity amongst Chinese locals. The game begins with 99 players dropped off in an island carrying nothing else but a backpack. Once on the ground, each player has to collect arms and ammunition, clothes, health packs scattered around the entire island. Players must do this in order to survive as other players will try to eliminate each one.

Clash of Clans by Supercell

Developed and published by Supercell, Clash of Clans is an entertaining strategy game. It has won the hearts of many mobile players for its macho barbarians and other fantasy characters that start their clans and collect resources to build an army they can train and use as they defeat the goblins who often raid their territories. Since its release last 2012, Clash of Clans earned a total of US$ 6 billion and downloaded over 606 million times.

CrossFire is an online tactical first-person shooter game developed by Smilegate Entertainment. In China, the game was published by Tencent. The game takes inspiration from the popular Counter-Strike game with several modes including search and destroy, free for all, and deathmatch. The great thing about this game is that it allows over 120 champions, a whole lot of items with different effects, and the infinite possibility of in-game strategies. It also has gameplay stability that players with weak internet connections never have to worry about loading issues.

The said games are raking in a lot of money for their respective developers and publishers. Chinese gamers are not easy to please. Most of them are quite meticulous when it comes to gaming, including the gameplay, interface, sound effects, graphics, and character development that forces developers to level up their game development. These popular gaming apps in China have a huge following because they were able to capture the hearts of Chinese local gamers by mostly incorporating traditional Chinese folklore with modern technology. Honor of Kings is extremely successful because it is successful in putting together all the things that Chinese people consider important to them.

Noticeably, most of the popular gaming apps in China are role-playing games or RPG. It allows the players to become more creative when it comes to their gaming needs. It is no wonder that most of the gaming titles that dominate the Asian market come from China. To date, The Scroll of Taiwu and Ring of Elysium rank as the 9th and 10th most played titles on Steam are from China having as more than 45,000 active players. Chinese players are now changing the landscape of mobile gaming despite the limitation in the availability of games that are able to penetrate the country.

If you are a new gamer in China, do note that the locals do not have access to Google Play but there are other available play stores where they can download these games. However, it may become difficult to get an app free from any spam. It is best to always download the apps from a trusted developer.

Are you playing any of these popular gaming apps in China? Let us know in the comments below.