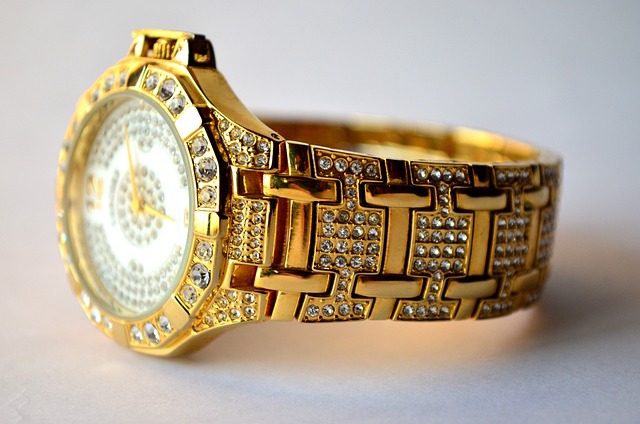 While many athletes are known for their flashy cars and bling, some take their love of luxury a step further with an expensive watch. Here are some famous athletes who wear the most expensive watches money can buy.

The first watches were made in the 16th century. They were large and bulky, and only the wealthy could afford them. Watches became more popular in the 18th century as they became smaller and more affordable. The first mass-produced watch was made in Switzerland in the late 19th century.

Famous athletes have worn watches for centuries. Some of the most expensive watches worn by athletes are:

Professional Athletes and Their Watches

When it comes to fashion, professional athletes are some of the most trendsetting people in the world. They can afford to buy the latest and most outstanding designs and are often seen sporting the latest trends on and off the field. When it comes to watches, however, athletes tend to gravitate toward certain brands and styles. Here are some of the most expensive watches worn by famous athletes:

Floyd “Money” Mayweather is a famous professional athlete and has had no losses in his boxing career. His successful career in boxing made him one of the industry's wealthiest boxers, allowing him to pursue his luxurious lifestyle. Floyd spends his money on buying clothes, cars, jewelry, and watches.

His ‘Billionaire Watch' by Jacob &Co. Belongs to his collection of most expensive watches in the market worth $18 million. It is a Billionaire diamond tourbillon watch that consists of 260 carats of emerald-cut diamonds and a diamond-set bracelet.

Odell Beckham is a professional football player that plays for the Cleveland Browns. His debut game with the team showed how much he invests in expensive watches, especially his Richard Mille watch. He purchased a Richard Mille RM 11-03 for $189,500 and a $2 million-worth Richard Mille timepiece. During warmups, Odell wore his RM 56-01, less expensive than the RM 56-02.

Serena Williams is one of the world's most successful and popular professional tennis players. Her success in her tennis career made her a wealthy athlete, and she could purchase some luxurious things in the world.

Serena has an Audemars Piguet Diamond Outrage watch she wore at the 2017 Met Gala. The watch looked absurd-looking spiked bracelet made of precious stones with 65 carats encrusted with white gold and has a calibre 2701f quartz movement.

Rafael Nadal is a professional Spaniard tennis player and one of the most successful in tennis history. His many achievements in the sport made him one of the wealthiest professional athletes in the sporting industry. One of his hard-earned possessions is his Richard Mille RM 27-02 watch.

The RM 27-02 luxury watch is made of shock absorption technology that has a design out of a racing car chassis concept. Its design makes it virtually indestructible, complemented by its orange color that resembles Rolland Garros' clay courts, which he dominated for many seasons.

Christiano Ronaldo is the world's second highest-paid athlete. This professional soccer player became one of the sports industry's wealthiest athletes, and he flaunts it mostly on his social media accounts. He also wore one of Rolex's expensive watches, which is worth nearly $500,000, during a Dubai conference in 2019. Christiano's Rolex GMT-Master II Ice is made of 30 carats of diamonds and 18-carat white gold.

Anthony Joshua is a famous athlete in the UK and the whole sports industry. He also owns AJ Boxing and Commercial, a company that creates money for him through gym ownership, athlete management business, and sponsorships from reputable brands. One of the sponsors for Anthony is Audemars Piguet, who gave him the Royal Oak Off-Shore watch that cost $431,375 in 2017.

Paul Pogba is one of Manchester United's great players. He earns around $357,512 every week as his basic salary for playing for the team. With this massive amount of money, Paul was able to purchase one of the most expensive watches in the market, the RM 30 White Rush watch. This fine timepiece costs $166,500, which is an easy purchase for Paul.

LeBron James belongs to the long list of the most popular basketball players in the world and has endorsement deals with many major brands. He is also a fan of expensive watches and has been spotted wearing an Audemars Piguet Royal Oak Offshore on several occasions. This watch is made from stainless steel and features a chronograph movement. It is priced at around $70,000.

Stephen Curry is a worldwide phenomenon for his success in the National Basketball Association. He became famous for his basketball skills as he showcased his speed and accuracy in shooting in every game he played. The Golden State Warriors are making sure they pay their best player what he deserves for bringing them multiple championships in recent years.

Curry rewards himself by purchasing expensive watches such as his Santos de Cartier Skeleton watch. The stunning design of this watch is an easy purchase for one of the highest-paid NBA players in history, which costs $63,500.

Roger Federer is among the list of the most successful tennis players of all time, and he has amassed a fortune through endorsements and prize money. He is also known for his love for expensive watches, and he often sports a Rolex Day-Date II on the court. This watch is made from 18-karat gold and has a diamond-encrusted bezel. It is estimated to be worth over $50,000.

Patrick Mahomes is a great quarterback that plays for the Kansas City Chiefs. His salary with the team helped him become a wealthy athlete, and he was able to reward himself with luxurious items. One of his purchases is his precious Rolex Yacht-Master 40, which costs $47,150. This elegant timepiece is one of the expensive watches that uniquely features a dial lined in rose gold and diamond settings.

Usain Bolt's successful career paid off from his hard work and determination to be the best on the track. The Hublot Big Bang watch has a design commemorating Bolt's career. It features a sundial that shows his signature lightning pose silhouette, making it one of the most expensive watches on the market.

Conor McGregor is a famous MMA athlete for his unique style of fighting. He is known as the ‘The Notorious' for taunting all his opponents and explosive moves inside the octagon. His successful career in the sport made him one of the wealthiest athletes in the sporting industry. People around the world know how he spends his money, especially on his collection of expensive watches. McGregor's yellow Rolex Sky-Dweller has a brown alligator strap, costing around $39,550.

The G.O.A.T. of the National Basketball Association and probably the most famous athlete in the world, Michael Jordan, shared his successful career with his fans worldwide. He displayed excellent basketball skills that inspired many people to be like him in his attitude toward the sport. His numerous buzzer-beater games made the game even more exciting, and his moves became a trademark to younger NBA players today.

His successful career made him one of the world's highest-paid athletes, making him capable of purchasing luxurious items such as sports cars, mansions, and expensive watches. Jordan wears an IWC Big Pilot Platinum Limited Edition that costs around $35,500. The company only made 500 pieces of this limited edition timepiece from 2003 to 2006.

Lewis Hamilton became one of the Mercedes F1 team's most significant drivers, delivering multiple wins in several F1 racing events. His nail-biting finishes made him one of the most successful F1 drivers in the motorsport industry. His salary and sponsorships also made him one of the world's wealthiest athletes, allowing him to have one of the most expensive watches on the market. Hamilton owns an IWC Big Pilot Special Edition that costs around $33,300, which is an easy purchase for him.

The sporting industry produced many successful athletes, which made them wealthy superstars. They use their money in business ventures, gambling in casinos, and luxurious purchases. Expensive watches indicate how athletes invest their money correctly with their excellent taste in fashion and accessories.