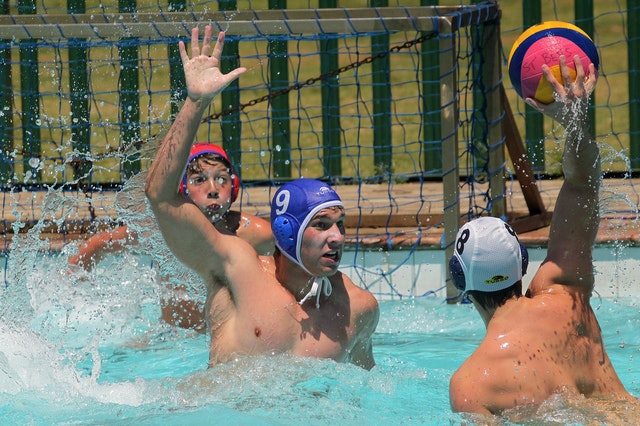 Water Polo is a sport that is somehow unfamiliar to many people, and most would only recognize it during the Olympics. This also means that people don’t regularly watch water polo, and the sport doesn’t have a vast following, unlike other popular sports.

Although Water Polo receives sufficient to support that makes sportsbooks provide some bets on matches every year. Water Polo is played in the United States, Canada, and it is more prevalent in Europe. Unfortunately, other countries do not have strong support for this sport.

Water Polo has been around the industry for a long time and has had some excellent records throughout history. Much like handball, Water Polo has the same rules, but their court is in the water. The game’s objective is to defend the team’s goal so that their opponent won’t be able to score by throwing the ball into the net.

Water Polo players must have a strong body, be fast swimmers, have accurate shooting skills, and have great stamina. All players should not touch the bottom and the sides of the pool during the game, although the match does not take too long. Once people watch this sport, they will discover how exciting, plenty of points that players can score, and a fast-paced game.

Water Polo is one of the first sports included in the first Olympic Games during the 1900s. The conventional sport was primarily a rugby football type of game that people played in rivers and lakes in England. The most popular match-up of Water Sport was in the 1956 Summer Olympics between the USSR and Hungary.

It was during the Hungarian Revolution, but they managed to beat the Soviets in a 4-0 win that gave a big uplift for their country. The committee had to end the match to prevent the angry fans from fighting.

Today, some leagues host the Water Polo sport around the world, especially in Europe. The sport promotes good physical and mental activity for its players.

If you want to start placing your bets on Water Polo, you need to know the betting types and odds to increase your chances of winning. Read on to learn more information about betting on Water Polo.

People who make a match bet are basically betting on the results of a Water Polo game. Bettors will try to win their bets on match winner or if the game would end up as a tied match (although ties don’t always happen). People who bet on Water Polo can expect high payouts as this type of bet is on odds format most of the time.

Another straightforward type of betting is placing bets on the total score of a Water Polo match. People who engage with this betting will try to win through the total scores of the two teams who participated in the game. Sportsbooks will make a list that bettors can choose to bet and try to win with the nearest total score more or less than the given figure.

Prop bets are a variety of bets that every one sportsbook creates on their own in any type of betting, which is also unlimited for them on this matter. Prop bets are what the sportsbook proposes it to be that produces a great deal for gamblers.

The Olympics is the highlight in the sports industry. It happens every four years and involves almost all countries in the world, participating in various sporting events. It also includes Water Polo, where every country that wishes to compete will have to go through a number of qualifications in their quest for winning the Olympic gold medal. The Olympics is a grand event for people who want to bet on sports, as sportsbooks provide their clients great offers resulting in impressive amounts in betting.

The FINA Water Polo World League started in 2002. This tournament was the result of the sport’s success in the 2000 Olympic games. People started appreciating its involvement in the Olympics, which spawned some tournaments for aspiring Water Polo teams around the world.

Many would consider Water Polo as not a major sport. It still managed to gain a decent following that created an opportunity for sportsbooks to accept wagers throughout the year. This provides bettors enough time to gather more information about the players and teams of the sport. Though it would be difficult for people who live in regions where Water Polo is not popular. As such, information may be limited.

People who live in Europe may have an advantage over people in the United States because they have more exposure to Water Polo. People can also use the Internet for their research if they have few resources or no coverage for the sport in their area. There would be news and sports websites available that provide the latest information about a player’s or team’s records and other statistics. It is imperative that you have enough information before making any bets on Water Polo.

As a bettor, you should find time to compare the odds that sportsbooks offer. This will guarantee that you place your wagers with the best payouts from sportsbooks. You may also want to join more than one online gambling site to give you more options to compare where you will benefit the most.

Before you start betting on Water Polo, make sure you understand the sport, its concept, the rules, and strategic plays. Take time to fully understand Water Polo and aim to increase your ability to make good decisions.

Aside from knowing the details of the sport, you should also know who are the teams or players that have the highest rankings. This way, you will be able to determine which teams to root for, now that you know their strengths and weaknesses in the sport. It is also essential to know their competitiveness and reputations as a good Water Polo player or team. This will help you increase your chances of winning in Water Polo betting.

What the Public Wants

Another way of knowing the sport better is to find out who the public wants more. Knowing this detail is helpful for your betting in Water Polo, especially if the public roots for a team that they don’t follow that much. If you can develop a way to predict what the public will place their bets on, take the opportunity to determine the spots and values that will be beneficial for the majority.

The Olympic sports involve international teams that will match up with other teams that usually is their first time to meet. You can expect a high level of competitiveness among those teams, especially in Water Polo. As mentioned above, Water Polo is not a popular sport, and only a few leagues support this sport. However, an international league occurs every year, which provides a great amount of insight.

The World League begins with regional tournaments that serve as the venue for qualifying matches for teams who would like to compete for the Olympics. The regional tournaments will determine the top eight teams and go to the Super Final, which happens every June. The top eight teams will play against each other in a round-robin format to eliminate teams and proceed with the semifinals and the finals.

The competitions between teams are intense, and every win is important for all the players and management. This gives bettors a good source of information in knowing which teams are in top form, the elite, and those who would make it to the Olympic games.

The Olympic team sports are usually divided into groups. Each team will work their way up to qualify for the medal round. The eliminations will determine which teams are the weakest and those teams who will reach the medal rounds are the strongest.

But the two groups will have different sets of teams with their own strengths and weaknesses, and either group will experience the capabilities until they meet in the medal rounds. Matches that end up in draws have a huge impact in the Olympics, and teams will need to prepare for tougher opponents as they move up the rankings.

The Olympic format will help bettors have a balanced way of gaming with other bettors. Those who did their research in finding the stronger teams will have an advantage in increasing their chances of winning their bets.

Most people think of Water Polo as a sport for men. Women also play fairly in the World League with Water Polo. There are fewer teams to choose from in the Olympic games, and the difference between the strongest and weakest teams is wider. This also makes betting attention much less.

Water Polo is a fun and exciting sport to watch, and it also gives an entertaining way of betting on its events. To increase a bettor’s chances of winning, one should have enough information about the sport, the players, and the events. People can determine how to win easily with this sport as long as they know which teams to root for.