5 Top Richest Athletes in the World 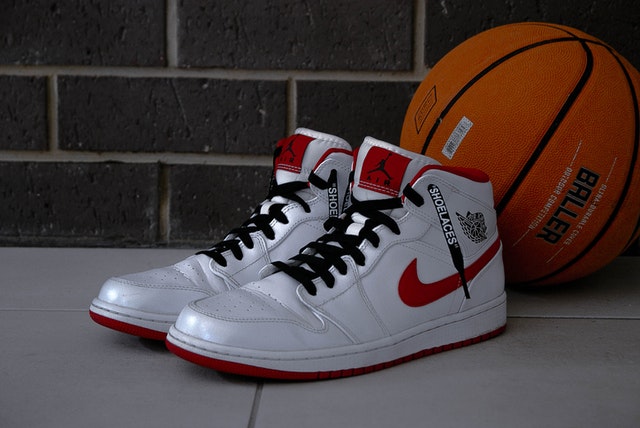 Are you curious about who are the richest athletes in the world today? Read on.

Everybody knows that the sports industry produces great athletes and is in leagues around the world to go up against fierce competitors from different places. These athletes started young and trained their entire life to perform well in their matches. Their performances lead them to play in the big leagues, where it pays well for outstanding entertainment.

There are many sports associations in the world where international teams participate. These international teams invest heavily in finding and developing the best athletes to help them be the best in the league. In return, team owners will pay them large amounts of money, and they will become celebrity athletes. Read on to find out who the top richest athletes are and how much they earned.

The top richest athletes in the world have stories about how they became successful in their careers. Learn more about their net worth and accomplishments in their career. It will also be your guide if you are into sports betting.

Many would agree that Michael Jordan is the greatest basketball player in history. He is one of the most famous athletes in the world for his achievements during his career in the NBA. His successful career helped him reach overwhelming fortunes and collected enormous assets. Michael Jordan’s net worth is roughly $2.1 billion, and he is the first billionaire NBA player.

Michael Jordan is the richest retired professional athlete in the world. He is a six-time NBA champion and only earned around $90 million during his basketball career. Jordan made $63 million during his last two seasons with the Chicago Bulls. Then he profited from endorsements from reputable companies such as Nike, Hanes, Upper Deck, Gatorade, and McDonald’s.

After retiring, Jordan made most of his fortune from many business activities and product endorsements. He has his apparel line and the Jordan brand that goes under the Nike umbrella, a continuation of being an ambassador for the company. Reports say that Jordan earns around $100 million from Nike royalties.

Jordan also owns the Charlotte Hornets team in the NBA, where most of his net worth is attributed. He bought the team for $175 million in 2010 and managed to increase its value by about $1.5 billion. Jordan also sold a minority stake of his shares from the team, but he is not giving up the ownership.

In 2019, Jordan earned $145 million, mainly from Nike endorsements. His net worth that year increased to around $300 million, and he also has some restaurants in different locations around the United States. Michael Jordan showed the world a tremendous job handling the assets he earned from playing professional basketball.

Vince McMahon was able to build an empire with the help of the WWE board of directors. The company managed to create a vast fan base, and it helped generate a lot of money. But due to controversies that surrounded McMahon, he decided to retire as CEO of the company.

McMahon’s management of the WWE helped him make $28.7 million shares and increased his net worth to around $2.4 billion. He also sold $3.34 million shares in 2017, which netted him $100 million, but this amount was instantly used for the XFL project.

McMahon also sold $3.2 million WWE stock shares and gained a total of $272 million as his rebound. Forbes ranked him at number 400 on the list of richest Americans in 2018 and number 691 on the list of billionaires in 2019.

Ion Tiriac has a net worth of $1.5 billion from being a businessman and a former tennis and ice hockey professional player. He had a successful tennis career, which helped him become a more successful businessman and earned him vast amounts of money.

Ion Tiriac was born in May 1939 in Brasov, Romania. He became a tennis player and won the Bavarian International Tennis Championships in 1970 and was also successful in doubles matches, with 22 career titles under his belt and the 1970 French Open. He was the representative for Romania in the international competitions and brought home gold medals in the mixed doubles and singles at the Budapest Summer Universiade in 1965. Tiriac was also a finalist in the 1969, 1971, and 1972 Davis Cup.

As a professional athlete, Tiriac was not able to earn more than a few million dollars. Right after the fall of the Berlin Wall, he was over $100 million worth and reached the $500 million mark in the year 2000. His net worth increased to $900 million in 2005, and Forbes ranked him the 840th richest person in the world for having a net worth of $1 billion. He is also the only billionaire in Romania.

In 1963, Anna’s late grandfather Karl Toosbuy started building a shoe company named ECCO. It was a successful venture, and it reached $1.5 billion in annual revenue as of today. The company's Senior Vice President/Managing Director is her father, Dieter Kasprzak. Her mother, Hanni Toosbury Kasprzak, inherited most of the company in 2004 as the only child of Karl Toosbuy. Anna’s family fortunes helped her reach a net worth of $1 billion, and she was ranked as of the youngest billionaires in the world.

Tiger Woods is one of the most popular professional golfers in the world. He has a net worth of $800 million, which he earned when he started playing golf. Woods makes $50 to $60 million every year doing various activities. When he became a professional golfer in 1996, his earnings during his career went up to $1.5 billion. Woods became the highest-earning golfer in history and the highest-earning celebrity in the world for several years.

Woods has so many achievements in his career, and here are some of the notable ones: 41 European tour wins, 81 PGA Tour wins, 15 major professional tournaments and five Masters wins. He used to be number 1 in ranking for a number of weeks than any other professional golfer. Woods has the all-time lowest scoring average, and he won PGA Player of the Year 11 times. He was also the Ap Male Athlete of the year 4 times and Sports Illustrated’s Sportsman of the year for two years.

He started earning from winning tournaments and having endorsements from famous products. He made $118 million at the start of his pro career in 1996, including a win at the 2019 Masters, where he took home $2.07 million. Similarly, with other wealthy athletes, most of their earnings came from product endorsements.

Gatorade created “Gatorade Tiger,” which is a custom branded drink inspired by Tiger Woods. He had a deal with Gatorade for 5 years, amounting to $100 million. Tiger Woods also received $20 million a year for endorsing Gillette, along with Thierry Henry and Roger Federer. He is also privileged to design golf courses around the world for $10 million and $1.5 million for his appearance in any golf tournament.

The Skills of the Richest Athletes

The list of the top richest athletes in the world may give you an inspiration to follow their stories, how hard they have worked, and how smart they managed their finances. You can also place some bets with these athletes and have greater odds for you. Though the payout may not be as large as their salaries, you will still have the chance to earn money and increase your finances in sports betting.

Do you follow the career of these richest athletes?