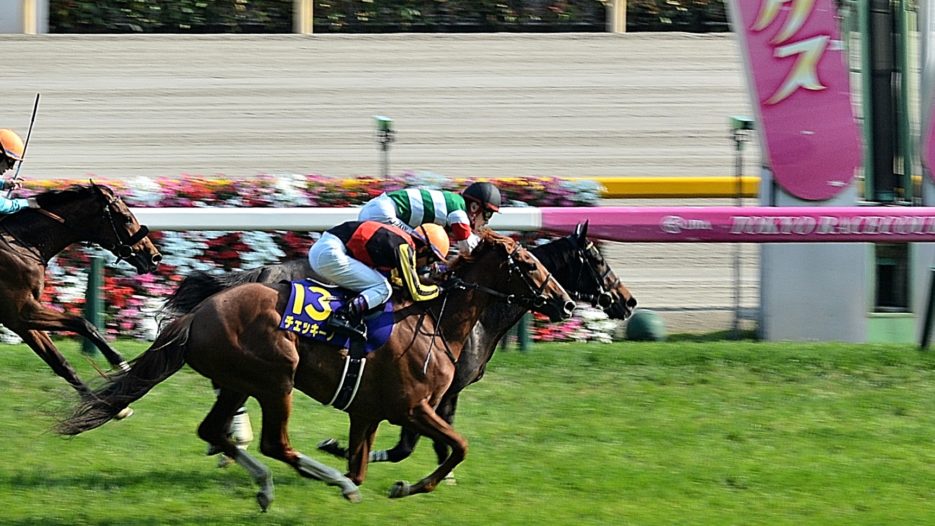 Japan is a haven for horse racing enthusiasts. It may be hard to believe at first but the country hosts more than 20,000 horse races in a year. The races are divided into three categories: flat racing, jump racing, and draft racing.

The rich horse racing industry of Japan arises from the premier tracks under the operation and management of the Japan Racing Association. These venues serve as home to some of the richest horse racing purses, not only in Japan but also in the world. Europe’s top races are no match for Japan’s purses. A mere maiden race will carry a purse of more than £70,000 while most graded races in the country have more than £500,000 prize-funds.

In the Land of the Rising Sun, the highly regarded race is the Japan Cup. This G1 contest covers more than a mile and a half and carries a usual purse not less than £3,500,000, one of the richest worldwide. Other horse racing tournaments that draw lots of enthusiasts together include Yasuda Kinen, Takamatsunomiya Kinen, Tenno Sho, Arima Kinen, Takarazuka Kinen, and the February Stakes.

When it comes to jumping races, the Nakayama Grand Jump takes the cake. In this race, runners have to travel more than two and a half miles. While the purse is not as big as the Japan Cup, it still has a rich prize pool of approximately £1,000,000. Surprisingly, this jump race is not as popular as the flat races in Japan that it is oftentimes considered as only a novelty or a pastime – something that is not worthwhile for the racing elites in the country. This is why most horses in jump races are those that do not qualify to compete in flat races at the top level. Japan do not breed horses specific for jump racing.

This widely followed horse race tournament is quite famous for its jaw-dropping purses. Some of the Japan Cup races have prize-funds that amount to 476 million Japanese yen or approximately 5.8 million US dollars. This prestigious horse race is held every last Sunday of November at Tokyo Racecourse located at Fuchu, Tokyo. A maximum of 18 horses run on the turf. An invitational event, the race brings together international runners including Australia, Britain, France, Germany, Ireland, Italy, New Zealand, and North America. It is one of the most successful events in Japan producing some memorable wins in Japanese racing. The Japan Racing Association began the Japan Cup to give local racehorses an avenue where they can be known in worldwide – a race where they can showcase the horse breeding capability of Japanese locals, in addition to promoting goodwill among racing enthusiasts around the world.

Tokyo Yūshun is also a Grade 1 flat horse race. Only accepting three-year-old fillies and colts, thoroughbreds only have one shot to join this race. Similar to the Japan Cup, horses run around one mile and 4 furlongs or 2,400 metres. It is also contested at Tokyo Racecourse but held in late May or early June of every year, coming before the Kikuka Shō and after the Satsuki Shō. International racing fans compare Japanese Derby to the Epsom Derby or Kentucky Derby.

This race carries a purse of 432 million Japanese yen, inspiring Japanese horse breeders to get their horses to race into the field.

Also called the Japanese Oaks, this race is highly similar to the Epsom Oaks at Epsom Downs Racecourse held in Surrey England. The race also accepts three-year-old thoroughbreds that still have the energy to gallop 2,400 metres of race track. It differs from the Japanese Derby in the sense that Yushun Himba is exclusive for the ladies only. This means only thoroughbred fillies compete on the main turf course every May.

Ran annually every June, Yasuda Kinen is also a Japanese horse race tournament that accepts horses aged three years and up. The runners travel a distance of eight furlongs at the Tokyo Racecourse. Horses must finish the mile with the shortest time possible. It has become so popular that it was promoted to an International Grade 1 event. It became part of the Asian Mile Challenge that a substantial prize of 115 million Japanese yen awaits the horse that can win the Yasuda Kinen and one of the three Asian Mile Challenge legs.

Another rich horse racing tournament in Japan is the February Stakes. Held every late February, hence the name, the race accepts horses that are at least four years of age. The race started as a Domestic Grade 3 race before it was upgraded to Grade 1 in 2007. It differs from the other races because instead of running on the turf, horses compete on a dirt track.

Surprisingly, no thoroughbred has won this event more than once. Still, many horse owners are well-informed about the February Stakes, particularly its purse of 179 million Japanese yen.

In recent years, the Japan horse racing industry has seen some tremendous growth. The main reason for this is the fact that Japanese locals can now legally bet on the races. In 2015, punters wagered a staggering 22.5 billion US dollars. Many horse racing analysts credit the popularity of the tournaments to gambling. Japanese people are fond of placing their money on horse races.

Another factor for the growing popularity of horse racing is the prize money. Experts believe that Japan horse races have the best prize funds in the world, making it a competitive country for the horse racing industry. Japan horse races are one of the richest in the world because the funds generated by the betting in the races are reinvested into prize funds by the Japan Racing Association.

The bigger prize money lures more and more racers and runners to the country. Aside from the lucrative sports betting industry in the country, people also flock here because they are just fascinated by the sport that it already rivals football and baseball. In the past years, horse racing emerged from a mere gambling activity organized by the mafia and Yakuza to become a professional sport promoted by the Japan Racing Association.

The promotion of horse racing in Japan has tremendously increased the quality of its thoroughbreds that they can competitively go against international horses. One of the particularly well-followed international tournament is the Prix de l’Arc de Triomphe, which Japan is yet to conquer. The country’s Deep Impact was close to winning it in 2006 and more recently by Orfevre. The fan base of horse racing can be compared to watching a football game. It is noisy. It is full of revelers who are keen on watching their horses gallop and win the race. The race is not only followed by the older generation. There are also younger racegoers in Japan.

Jockeys also love Japan horse races because they also earn good money here. While jockeys get only 5% of the racing purse, half of what they can get by racing in Europe, the prize funds here are much higher. So it’s still a win. The same goes for trainers. When they get invited by the JRA, the association pays for all the expenses and they get to train high quality thoroughbreds. To preserve equality and competitiveness in the racing industry, the association only allows six foreign jockeys at a time and they can only ride there for a period of three months. They love it here because the racing standard is indeed top class.