Home / Japan / Japan Integrated Resorts: Who Are the Big Players 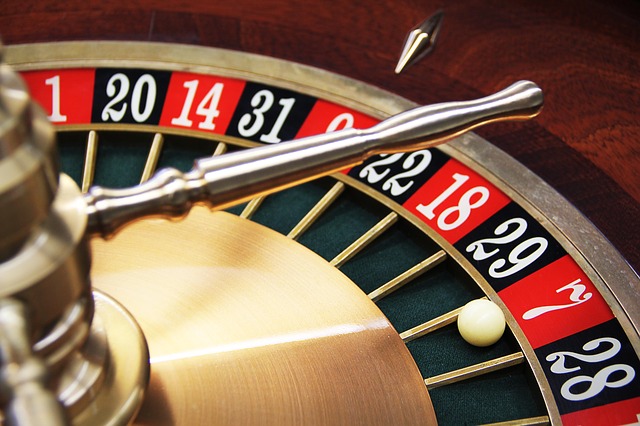 Japan had legalized casino gambling in July 2018, and it gave way to three casino bigwigs a chance to open in the country. The country hopes to attract tourists mostly from its neighboring countries who currently frequent casinos in Macau, Singapore, and elsewhere in Asia.

Prime Minister Shinzo Abe said that casino-centered resorts would help stimulate regional economies and may lead to the growth of the overall Japanese economy. Under the said legislation, global casino operators have said they would spend as much as $10 million on each location.

Though for the local voters of Japan, it is highly unwelcome as critics would say that it encourages gambling addiction and organized crime.

The legislation aims to increase the number of foreign tourists to 60 million by the end of 2030, up from about 29 million in 2017. The IR allows three casino resorts a construction to start bidding, but the decision on the specific locations are still up for discussions. Experts say that the first integrated casinos would likely operate around the mid-2020s.

The integrated resorts would feature restaurants, hotels, theaters, shopping malls, and casinos. It refers to a comprehensive entertainment complex that would primarily target tourists. The IR promotion bureau in the city of Osaka and Osaka Prefecture released a statement about the seven casinos accredited to bid for the project and to win the Osaka gaming license. Here are some of the accredited bidders.

Wynn Resorts Development Japan President Chris Gordon spoke of massive interest in building the “world’s largest” integrated resort. They have this vision called MICE – meetings, incentives, conferences, and exhibitions – events, which they will have to incorporate in their designs. They said that it would be so fortunate as to land one of the three forthcoming gaming licenses. The company’s vision is to become the third-richest gaming market in the world behind Nevada and Macau.

The said complex will likely feature a large amount of MICE, though Gordon refused to broadcast the price tag on the company’s potential project. It would be between two million and three million square feet in total floor area for the Osaka hosting. They have previously told investors that they would need an $8-$9 billion range in Japan if they win the bidding contest.

The construction of the casino resort in Osaka, Japan, is estimated to start in 2021 and completed by 2025 by the United States-based MGM Resorts International. With its assumption of winning the bid as partners with Japanese metropolis of Osaka, and Osaka in turn selected by the national government to host the gaming resort. “MGM Resorts remains deeply committed to pursuing an integrated resort in Osaka, Japan. We announced our ‘Osaka First’ strategy and have not wavered from the plan. We have always had confidence in your position, as what we will bring to Osaka is something only MGM Resorts can deliver.” A statement from Jim Murren, CEO, and Chairman of MGM Resorts International.

The company is also excited about their partnership with Orix, a highly respected Japanese company in Osaka, to pursue their venture in the Integrated Resort. MGM Resorts International would like to bring world-class entertainment, convention expertise, premium dining, exciting cultural events, and retail experiences that will have positive feedback both internationally and nationally. The company also aims at producing a unique destination that can develop a significant economic activity for the host and increase employment opportunities while returning an attractive income for all stakeholders.

MGM Resorts International can wrap up the project by 2025 if it would commence construction in 2021. All these would be possible if the company wins one of Japan’s three licenses.

Melco Resorts & Entertainment Ltd. has assembled an incredible team of professionals and experts that will focus on their “Yokohama First” policy, bringing Yokohama the best Integrated Resort the world has ever seen. A policy that will see the Asian integrated resort operator puts all of its efforts on the city of Yokohama. The company supports the community in its ambition to be a global tourism destination, and its team is well-positioned to contribute to Yokohama’s future.

The declaration of the “Yokohama First” policy means they have withdrawn with Osaka’s request for the cost process to win the integrated resort licensure. They will commit their energies to build an integrated resort in Yokohama.

Melco announced the strategy “Yokohama First,” just like MGM Resorts’ “Osaka First” policy. The company says the group will soon open a third office in Japan, specifically in Yokohama. They already have offices in Osaka and Tokyo. The group is now more focused and fully engaged in expounding local partnerships and in further strengthening their local presence.

Genting Singapore Ltd has been a contender in the integrated resort bidding in Osaka, Japan. They have been working for a request-for-proposal due on 20 February 2020. Genting is aiming to sell up to 3.24 B Yen bond issue, and its proceeds will be used to fund the company’s plans to build an integrated resort in Japan.

Genting Singapore is focused on the integrated resort project and pouring all its efforts into Osaka, the third-largest city in Japan. The company is the operator of Resorts World Sentosa and is a unit of Genting Berhad. The amalgamation targets industries of real estate, casino operations, and energy.

With the initial three licenses Japan is offering, the competition with these operators and developers are ferocious. But Genting is considered as one of the leading competitors in the battle for various reasons.

The first, Japanese regulators would prefer integrated resorts in their home will emulate Singapore’s Resorts World Sentosa and Marina Bay Sands that would become highly profitable without negatively influencing the local area through elevated crime.

Second, Genting Singapore is known for balancing sheets neatly, with little outstanding payment and plenty of cash that companies in Japan would like to work with. It would be engaging to Japanese authorities that Genting has the characteristic of turning their amount of money to quadruple that it does in liabilities.

The project cost was estimated at $15 billion, increased from a preliminary expectation of $10 billion. Genting should speed up the pace of its bond sales because MGM might be able to break ground on an Osaka gaming property in 2021, operational by 2025, as the city hosts the World Expo.

Eight Areas in Japan for the Integrated Resorts

Tourism minister Kazuyoshi Akaba said that eight areas in Japan are taking into consideration of hosting the integrated resort.

Conducted by the Japan Tourism Agency, here are the surveyed eight areas: Hokkaido, the city of Chiba, Tokyo, Yokohama, Nagoya, a merged effort by the city of Osaka and Osaka Prefecture, Wakayama Prefecture, and Nagasaki Prefecture.

Other conducted surveys showed that the cities of Kawasaki and Hamamatsu, Shizuoka Prefecture, are also interested and considering hosting integrated resorts. They need to file for state approval for their development plans. The central government is planning to allow casino construction at up to three locations.

The Benefits of the Japan Integrated Resorts

Japan’s local and central governments will successfully initiate safety measures to address concerns about problems in gambling and criminal activities, such as money laundering, associated with casinos.

Though there is an extensive public concern about gambling addiction and negative impacts to arise, Integrated Casinos are expected to produce substantial economic gains, and also includes job opportunities. It will boost tourism and generate new revenue as these entertainment complexes contain casinos with hotels and retail spaces. Japan looks at the challenges ahead and potential benefits.