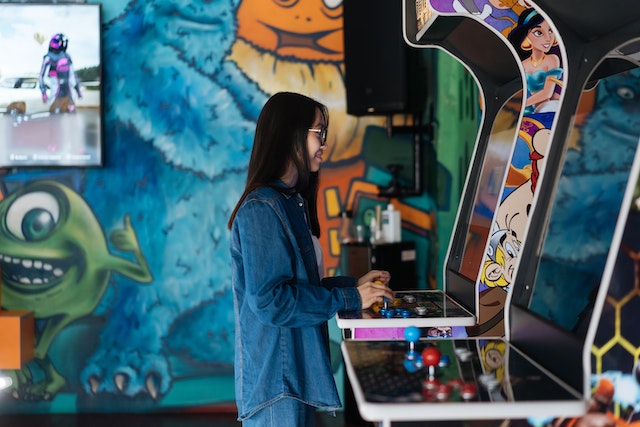 Video games are probably the favorite pastime activity for most people, especially the youth. It also contributed a niche hobby to the gaming industry, where developers produce many new games every year and constantly increase the number of gamers around the world. Though most gamers today grew up using game consoles such as Xbox or PlayStation, arcade games started the gaming trend that we have now.

Before the invention of gaming consoles, arcade games were the most popular activity for most people. Even after the release of the Nintendo Entertainment System in 1983, these games still dominated the gaming industry everywhere in the world. Read on to find out why playing these games became a wonderful experience for many people.

Most people would remember arcade games as a memorable part of their lives, where they go to dimly lit arcades and play their favorite games. These places have many cabinets and games that make the gaming atmosphere more fun and lively. These games were also a strong business for entrepreneurs, where different kinds of gathering places became amusement halls for people.

Amusement halls were places where people gathered and spent buying tokens to play coin-operated machines before the invention of arcade games. These places also offered pinball and slot machines, which also involved gambling on the side. But due to gambling laws, they had to take out their slot machines, which paved the way for pinball’s dominance and other arcade cabinets.

Arcade games are coin-operated game machines, and you can find them in public places like restaurants, malls, and amusement halls. It features video games and electromechanical games that came out in the late 1970s and through the 1980s. These games would normally have short levels that quickly increase their difficulty with simple controls.

Operating arcade halls is profitable because of its customers’ increasing interest in playing and defeating their games. Business owners made sure that the difficulty of their games must be engaging to keep and attract more players.

Steve Russell developed Spacewar! in 1962, which belongs to the first video games in gaming history. The game was straightforward: two spaceships duel by firing missiles at each other. Two students from Stanford University got their inspiration from this game and created Galaxy Game. Hugh Tuck and Bill Pitts made a coin-operated game that functions with a computer and is built into a wooden console.

During the creation of Galaxy Game, Ted Dabney and Nolan Bushnell collaborated with Syzgy Engineering on making another version of Spacewar!, which they named Computer Space. This game became the first arcade game available commercially.

Atari then released Pong the following year. It surpassed the popularity of Computer Space and created the concept of arcade games for a bigger audience. Pong’s success also started the development of other games, and more companies showed interest in making more titles that became huge in the market in the 1970s.

The rise of these games inspired Taito to release Space Invaders, which hugely impacted the gaming industry. Space Invaders became the most popular game in 1978 with a shoot 'em-up theme, which started the golden age of arcade games.

3. The Golden Age of Arcade Games

At the end of the 1970s, these games were the fastest-growing industry in most parts of the world. The 1980s embraced the glory of arcade games and became even bigger than before. Since Space Invaders were a success in the gaming industry, Atari quickly released Asteroids which became a smash hit in the market for the company.

Then came Pac-Man, one of the most famous titles in arcade games in history and responsible for making the 1980s the decade of video games. Published by Amerca by Midway, Namco’s Pac-Man revolutionized the gaming industry in many ways. Pac-Man was the first game with a mascot character, followed by Sonic and Mario. It was also one of the pioneer games developed that had an appeal to both men and women because of its non-violent theme.

4. The Evolution of Playstyles

Pac-Man contributed a huge change in playstyles in arcade games as it featured a maze chase theme, which is very different from the preceding racing and shooting games. Many new games arrived as the Golden Age wore on. Donkey Kong was one of those games that immediately gained popularity in arcade games.

In 1981, Konami introduced Scramble, which is a side-scrolling shooting game. It became one of the influential arcade games and started the three-dimensional consoles.

Cinematronics then produced Dragon’s Lair, which is the first game that used cel-animated video during the digitized evolutions in the gaming industry.

Other arcade games included platforms that feature puzzle themes, such as Bubble Bobble and created a bigger audience because of its challenges. There were also adventure games such as Double Dragon and Gauntlet that also helped in improving playstyles in arcade games.

Namco also released Pole Position in 1982, which became a favorite racing game in arcade games. It introduced the 16-bit graphics technology in the industry. Then in 1981, Defender offered a more difficult and complex control scheme for more advanced gamers.

The golden age of arcade games came to an end in the late 80s. But it did not mean that arcade games also ended. In fact, in the early 1990s, released a game that became popular all around the world. Capcom’s Street Fighter II rocked the world, and many people considered it the pinnacle of all fighting arcade games.

Before Street Fighter, there were already fighting games that lacked difficult challenges for competitive gamers. Street Fighter featured a six-button control scheme and had many combinations of controls for character moves.

Street Fighter requires deep strategies and great talent with tight controls in single and two-player versus modes. The challenges led to the development of more vibrant fighting arcade games and a community that still exists today. It also inspired many developers to create more fighting franchises, such as Mortal Kombat and Tekken.

The 1990s was the start of great fighting-themed arcade games, but it slowly declined when we entered the 2000s. The new decade eliminated the demand for arcade games due to changing interests of most gamers, especially in using new game consoles. Gamers also focused on more complex gameplays and longer narratives, which arcade games cannot provide.

Despite the decrease in operations for arcade games, it managed to find a way to get back the streamline with expanded options. A number of arcades began offering their players food, drinks, tickets, and prizes. Some reputable restaurants included arcade games as part of their marketing strategy, which attracts more consumers to try their products and services. People enjoy good food and entertainment at the same time. Some like to watch a show on television while eating, and then some look for other entertaining activities, such as playing arcade games. The ‘80s kids would feel nostalgic when they played the games they grew up with.

Classic arcade games aim to attract adult gamers who experienced the birth of the Golden Age, which opened another opportunity to offer another business where they can serve alcoholic beverages to gamers, and later became ‘barcades.’

‘Barcades’ gained popularity in many places around the world, and many gamers look forward to playing classic arcade titles and new games as well. The concept was to keep the tradition of arcade games by providing fun and light entertainment to gamers. Some arcade halls also incorporated other engaging gaming activities such as climbing walls, laser tags, battling cages, VR, ropes courses, and miniature golf.

7. Appreciate the History of Arcade Games

Arcade games provided fun and great entertainment for kids growing up in the ‘70s and ‘80s. It taught them good values and enhanced gaming skills they also use in today's modern games. Some game developers still use the concept of old titles such as Donkey Kong and Mortal Kombat.

Some games made the transition from the traditional cabinet game to the modern consoles, with enhanced themes and movements from their characters. There are also game developers who still offer the original concept of these games through current consoles, giving gamers a chance to experience the old games in their homes and play anytime they want.

The Appeal of Arcade Games Persists

Arcade games are part of most kids that grew up in the ‘70s and ‘80s. The experience was memorable and helpful for their growth and development. These games were the start of enhancing the gamer’s skills, meeting new friends, and great business opportunities. The gaming industry wouldn’t be the same without its development.

The evolution of arcade games was also the inspiration for most modern games today. It also gives many positive benefits to people, such as an increase in self-confidence, stress-reliever, and improvement in social life.