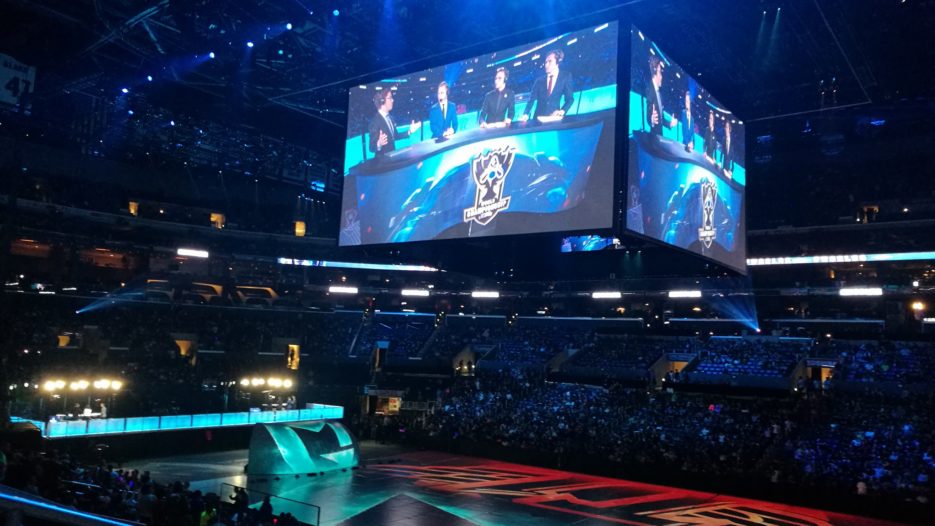 Korea is having a fantastic run in recent years. Their heritage and culture are rapidly taking the world by storm, particularly in terms of fashion and lifestyle. A lot of their neighbouring countries are recognizing the impact of Korean pop culture throughout. However, Korean fashion is not the only thing that is at the forefront of Asian and neighbouring countries. When it comes to gaming, Korean eSports is the bomb.

While Europe and North America are getting a hold of eSports, no one can contradict the fact that Korea remains the home of eSports gaming, boasting of having the largest and most extravagant professional gaming events. Korea is the first country to recognise eSports pro gamers as athletes. They even consider eSports as their national pastime.

How ESports Began in Korea

Believe it or not, eSports existed as early as the 1960s but it was only through Korea that it gained worldwide recognition. The rise of eSports popularity began when the government decided to build their own broadband network in the late 1990s. This has led to online games and LAN café boom since more and more players can finally train and interact with other players, allowing them to increase their level at a faster rate.

In Korea, the government recognised eSports as a national pastime and went to create a Korean eSports Association under the Ministry of Culture, Sports, and Tourism in 2000. The ministry is in charge of supervising the country’s largest eSports games including Counter Strike: Global Offensive, Dota 2, League of Legends, and StarCraft II. The same organisation attempted to legitimise the sports, as far as proposing to give professional players a minimum salary and a one-year mandatory contract for all new players in the team.

ESports is so big in Korea that it has even prompted some players to engage in game fixing. Annually, thousands of fans storm sports stadiums to catch a glimpse of the eSports teams they support. In 2014 during the League of Legends World Championship, about 40,000 spectators packed the stadium to watch their favourite LoL teams compete against each other.

Some may say that eSports have had a slow run in the past decade may not be aware of the latest games players are interested in like Overwatch and Hearthstone. Overwatch, an unlikely sport to gain popularity in Asia because it is a first-person shooter game, is reigniting interest because of its diverse gameplay and character inclusions. Overwatch is also highly preferred by amateur players.

The Popularity of ESports in Korea

ESports remain popular in Korea because many people consider playing as a sort of escape from the realities of life by engaging in a virtual reality where they act as different characters of the game. The eSports popularity began in the late 1990s back when the government wanted people to continue working and being creative. Playing online video games became a great way to distance people from the financial setbacks experienced during that time.

Additionally, eSports has such a huge following because professional players were revered as celebrities. With the sports being so hugely popular and widely watched, anyone who can do well, even if they hail from the smallest of towns, can make it big in the eSports scene.

However, some will put the popularity of eSports as secondary to cultural appetites as people see video games such as StarCraft, for example, as a modern iteration of more traditional mind games, requiring players to make quick decisions and rapid responses, which are what characterises the general behaviour of Koreans.

In reality, it can be a combination of all these factors. The government may have recognised the innate creativeness and individual cultural behaviour of the locals to even offer such games as a national pastime. It is easy to see that Korea remains to be one of the few Asian countries with a strong historical and cultural background. One thing is for sure, eSports will remain as Korea’s cup of tea.

How to Bet on ESports in Korea

Betting on eSports is no different from placing a bet on other mainstream sports. The most important thing to remember is choosing the best online platform there is. Before depositing money to your account, bettors must first make sure that they are funding a legitimate account. They must first do due diligence and research on the reputation of the online bookie.

When you have chosen your online bookmaker, decide on which particular eSports you want to bet on. It is highly advised that you choose the one that interests you. If you have any particular games you play, it is best to place your bets there since you are more familiar with it already. For instance, if you prefer playing first-person shooter games, betting on Overwatch or CS: GO is a good start. Remember, choose the one that you are familiar with since you will be watching lots of it when you bet on it.

You also have to know about the different types of markets available in eSports betting. This includes:

Money Line – or the most traditional type of sports betting. In eSports, it simply means choosing which team will win the tournament or match.

Totals – Betting in eSports via Totals is made when a wager is placed on the total number of events in a tournament being over or under a figure set by the bookie. Totals betting depends on the game. In MOBA games like Dota 2 and League of Legends, it is kills and in FPS games like CS: Go, it is rounds.

Outright eSports Betting – This form of betting places the wager on the outcome of an event. It is like betting on who will become the overall winner of a particular tournament. A lot of experienced eSports bettors prefer this form of betting because it gives them more value since the team must win several games over time and has more room for errors.

What Are the Biggest ESports Games in Korea?

As mentioned, Overwatch, surprisingly, has gained a huge following in Korea despite it being a first-person shooter game. The game developed by Blizzard is taking the Korean eSports scene by storm. In fact, most of the best Overwatch players in the world hail from South Korea. While the game is still fairly new, it is definitely something worth keeping an eye at.

League of Legends is a highly followed game by eSports enthusiasts. In the years that it became available through Riot Games, South Korea boasts of having the best players of the game. In fact, it is even more popular than StarCraft. Many of the bettors place their wagers on the players of League of Legends because it is one of the most lucrative eSports games to hit the market.

Arguably the most popular eSports game in South Korea, StarCraft has been running its own professional league, StarCraft Pro League since its conception in 2003. The game has dominated the eSports scene for more than a decade and for a good reason. However, its popularity waned beginning in early 2016 which led to the disbandment of the league by the KeSPA and the dissolution of many StarCraft squads.

Now that you know which eSports games to bet on, have you considered signing up for an online account? Let us know about your experience.