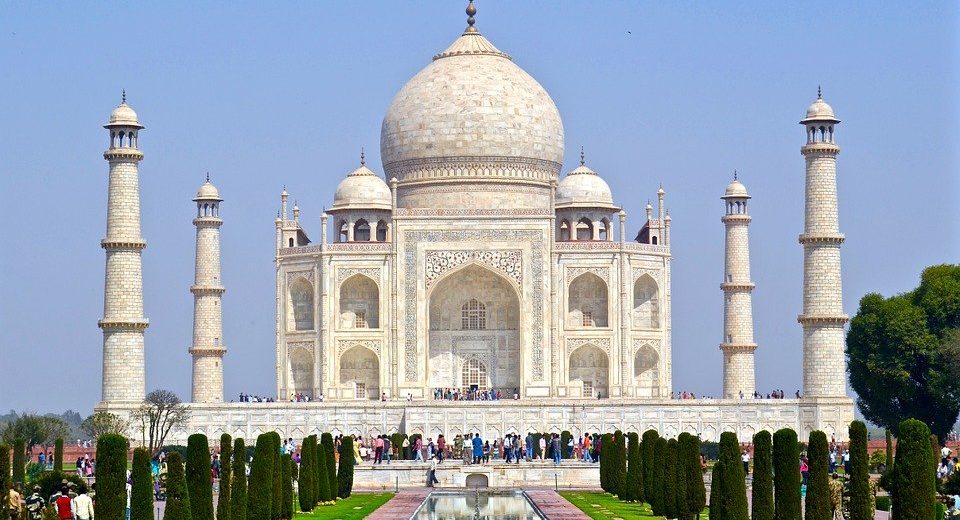 Where To Live in India

Residing in India can provide expats with a taste of life in a diverse and exotic area. India is a vibrant and bright nation with a wide-ranging combination of different people and cultures. It is a populous nation, but it covers merely 2% of the world's total land. That makes the small country a very busy and crowded place. India comprises different ethnic and religious groups. The most dominant religion is Hindu (about 80%). Muslim and Christian come after, with 12% and 2%, respectively.

Finding the perfect place to reside in India depends on several factors. You must consider the cost of living, accommodation prices, availability of local amenities, and so on. You should also look at the desirability of a place according to your desires. Do you want a place with friendly locals and where you can have an active social life? Or is safety your utmost priority?

India as an Expat Destination

“Our study shows that more professionals are choosing to work abroad, helping them achieve their ambitions and long-term financial goals, from improving their job prospects and access to better education for their children to buying property or saving more for retirement,” HSBC India Retail Banking and Wealth Management Head Ramakrishnan Seshan detailed.

Aside from offering high-paying jobs to expats, the cost of living in India is also relatively cheaper than many other nations. That makes it more attractive to foreigners. For all that, expats in India are struggling with pollution, personal safety concerns, culture shock, poor family life, long working hours, and below-par quality of life. Moreover, it is worth noting that India was named the “most dangerous country for women.”

Is India a Safe Place for Expats?

Generally, India is safe for expats. Except for some hotspots, such as Kashmir and Chattisgarh, India is no more dangerous than most other nations. You are less likely to be a victim of heinous crime here. Despite the scare of terrorist attacks, the likelihood of being caught in one is very little.

However, you have to be aware of some safety issues. The most significant one is the traffic. Whether you are driving, walking, or riding a bicycle, you should always be vigilant when you are out on the streets. When it comes to safety, alertness is very crucial wherever you are. That is both in terms of crime and traffic.

Using your cellphone while driving or walking is also an invitation to trouble. There have been plenty of cellphone-related accidents, most of which could have been avoided. Getting stoned or drunk makes you more vulnerable. For instance, Goa sees a significant percentage of drug-related crimes and accidents. Luggage thieves, pickpockets, rapists, and other criminals are also on the lookout.

What Is the Cost of Living in India?

India is relatively cheaper than in several other countries. The cost of living in India depends on where you live and what you do. Basic needs, such as shelter, food, and water, can cost you about ₹15,000 to ₹20,000. That may result in a higher or lower amount, depending on your expense.

The cost of living in India also depends on your lifestyle and the location of the city. Living in metro cities costs more. The monthly room rent in the best areas is around ₹7000 to ₹15000. Landlords are usually flexible in terms of the number of occupants.

Most Indian cities offer expats a good standard of living for a relatively affordable cost. Most expats in India live quite well-off lifestyles. Compared to western nations, the cost of most things is lower in India, even in developed cities like New Delhi and Mumbai. That includes housing, education, food, and entertainment.

What Are the Best Places to Live in India?

Expats often reside in large cities since most of the available work is there. The cities of Bangalore, Mumbai, and Delhi have the most job opportunities for expats. Other Indian cities worth exploring for expats include Kolkata and Chennai.

As India’s capital city, Delhi is very prosperous. It boasts the most advanced transport and infrastructure in India. The capital city arguably has the highest quality of living in India, but accommodation is expensive. The people also have a reputation for being somewhat unwelcoming. Common expat areas in the capital city include Vasant Vihar, Patel Nagar, and the rather expensive Defence Colony.

Mumbai is the biggest and most cosmopolitan Indian city. It is among the world’s top 20 cities for billionaires. No wonder why it is the most expensive Indian city to live in. Mumbai consists of a kaleidoscopic variety of experiences and individuals. The city is more appealing to single professionals and entrepreneurs rather than families. Your stay in Mumbai will be enriching after you embrace all that.

Recently undergoing drastic development, Bangalore has been nicknamed the “Silicon Valley of India.” It offers affordable accommodation available to go with the continuously multiplying numbers of luxury apartments. It has a thriving nightlife, boasting the most number of pubs in any Indian city. When it comes to modern amenities, Bangalore is very advanced. It has several caliber international schools.

In terms of development, Kolkata is quite behind larger cities. However, it is the most culturally important Indian city, boasting several attractions. It also has a low crime rate and the lowest cost of living in India, which already has one of the cheapest worldwide. Popular residential areas for expats in Kolkata are Alipore (south) and Salt Lake (east).

Like Bangalore, the rapidly developing South Indian city, Chennai, has become a valuable center of the booming local IT sector. It is home to the largest Asian IT park, Tidel Park. Chennai is the best Indian city for quality living. This former fishing village has now become a popular destination for expats across the globe.

What Are the Housing Options for Expats in India?

It is difficult to find reasonably cheap yet good quality accommodation in several Indian cities. Meaning, you have to do thorough research to find the best deal. Expats can choose from a wide variety of accommodation available. That includes studios, larger flats, houses, as well as luxury accommodation in gated communities.

Getting an estate agent is more convenient, especially considering the language barrier. For rented accommodation, they usually charge a commission equivalent to one month’s rent. If you wish to look for property on your own, numerous English-language Indian newspapers and websites will be useful.

In India, some landlords take exception to single individuals. Submitting a character reference may help alleviate that though. Other landlords may prohibit preparing fish and meat within their property. Also, bear in mind that a property promoted as “unfurnished” often have no washing machine, refrigerator, oven, or other white goods.

Rent in India is very reasonable by Western standards. You will likely pay roughly ₹8,000 to ₹20,000 monthly for a flat. Meanwhile, the initial outlay can be quite high. The security deposit payable differs from two months’ rent in most locations to ten months’ in Bangalore.

Contracts are sometimes quite informal in India. If you need a proof of residence, it is best to ask your landlord for at least some sort of written tenancy agreement. Moreover, you should always ask for deposit and payment receipts. Bank transfers are rare in the country, so you need to pay in cash or with a cheque from a local bank.

The standard rental period is one year. However, a twelve-month contract subjects the lease to rental control regulations. Therefore, landlords usually prefer an eleven-month term. A one-year contract provides more legal protection, but eleven-month contracts are more common due to the flexibility it gives to both parties.

Landlords may be open to negotiation about a longer or shorter stay. If you wish to leave the property ahead of the lease expiration, you must give at least two months’ notice.

India has a booming housing market, with a lot of expats considering purchasing property in the country. The south-western states of Goa, Kerala, and Karnataka are particularly famous areas for bargains. However, property acquisition for non-residents is limited to those with proof of Indian roots.

Non-Indians with work and residence permit need to satisfy the following conditions:

When acquiring a property in India, it is best to hire an English-speaking property lawyer. That helps you check the veracity of possession certificates, titles, and documents. Legal fees are approximately 1.5% of the overall purchase price.