How to Play Cornhole: A 2022 Guide for Beginners 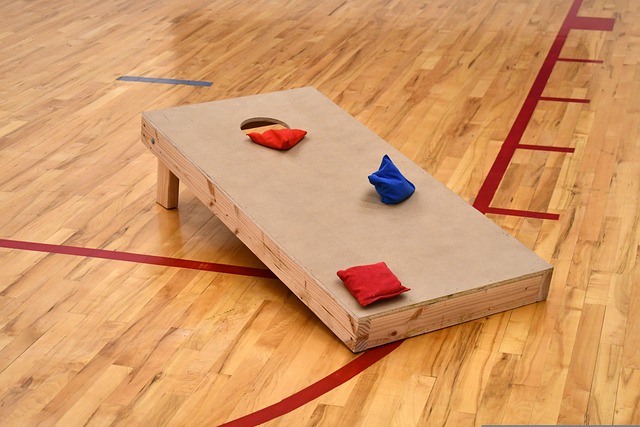 In the world of outdoor games, few can compete with the level of awesome that is cornhole. It’s a challenging, fast-paced game that appeals to many people. Good thing it’s also one of the simplest to learn! All you need is a bit of practice before you throw yourself into a competition.

It might be a little nerve-wracking if it’s your first time learning how to play cornhole, but once you get some tips and tricks, you’ll be playing like a pro in no time. This article will teach you everything you need to know about the game and how to play it like an expert.

How to Play Cornhole

Many claims playing cornhole started in the 14th century in Germany, while others credit the Blackhawk tribe of Illinois. Some also say that it began in the 1800s with a Kentucky farmer. The game of cornhole also became a favorite pastime in Cincinnati a few years back. It became more popular throughout the United States as people learned how to play cornhole during breaks.

The game is simple, and it can have groups of two to four players that will take turns pitching bags into the cornhole platforms. Their goal is to score a corn bag by going through the hole complete inside the platform, and it is worth 3 points for every successful pitch. Corn bags that land on the platform but don’t go inside the hole will have 1 point. The first team or player to receive a score of 21 points wins the game. Many players even use different strategies and techniques in learning how to play cornhole.

Learning to play cornhole means you must familiarize yourself with the game rules. Understanding the mechanics and how to apply the game rules in playing cornhole is important. Knowing the game rules will also help you prepare to beat your opponents.

Cornhole, also commonly known as Corn Toss, has singles and doubles categories. In the singles category, one player will compete with another, while in doubles, there would be two contestants against another to play cornhole.

The cornhole game uses innings of play to determine the winner. To play cornhole, contestants will compete in each innings where there is a top round and bottom round of play. The game’s innings dictate the flow of the competition.

A completed top inning in doubles play means both players are pitching from the first cornhole platform with all their 4 corn bags. To complete an inning, the remaining players from each team make all 4 of their corn bags. Innings will dictate how teams use their strategies and focus on defeating the opponents.

Corn Bag In-The-Hole – is a corn bag that players use to play cornhole games. They need to throw these corn bags through the hole of their opponent’s cornhole platform. Corn bags can rest inside the platforms when the opponents knock them by pitching. The value of a corn bag in the hole is three points, which is the most points a player can make with a solo pitch.

Corn Bag In-The-Count – is a corn bag that is not in the hole but manages to land any part of the corn bag and rests on the cornhole platform counted as in-the-count. It is also called on-the-board and has a value of one point. A corn bag counts as in the count when it does not touches the ground or any other part of the court. If a player pitches a corn bag and touches the ground before stopping on the cornhole platform, it will be a foul, and they need to remove it from the cornhole platform before they can continue the game. Corn bags that received a foul call will be set aside until the bottom and top innings are completed, which is important in learning how to play cornhole.

Corn Bag Out-Of-The-Count – An out-of-the-count corn bag that halts anywhere on the playing court except in-the-hole, in-the-count, and does not have a scoring value. There are cornhole players that identify this as a “miss” and give no value to the pitch while giving the next player a free pitch.

A foul corn bag has an out-of-the-count call and will be removed from its position to continue the game. Any uncounted corn bag in the play area can interfere and lead to discrepancies among competitors.

During doubles play, the players will take turns in pitching corn bags until they finish four corn bags. The other players will continue to alternate in the same manner until the completion of the inning. Each player may deliver the corn bag starting with the right or left pitcher’s box. They must also deliver in the same pitcher’s box during one inning. Players can choose to switch from left to right, and they can do this before the start of a new inning. This move also helps players improve their pitching ability and other techniques in learning how to play cornhole.

Every player must deliver a corn bag within 20 seconds. A player’s countdown to pitching starts when they stop in the pitcher’s box for pitching. Players will not appreciate anyone who delays their pitching.

One of the most important factors in knowing how to play cornhole games, you must know its duration so you can prepare and practice properly. Once the game starts, players need to score as much as possible and reach 21 points. The first team to earn 21 points will win and ends the game. They are also not required to have two or more points advantage against their opponents to win the game.

Cornhole games also do not end during an inning. To play cornhole, a team must continue playing even if they reach or go beyond 21 points while in the middle of an inning. The game ends when teams finish pitching their corn bags and complete an inning.

If teams tie at 21 points or more during the completion of an inning, they need to continue pitching until a player or a team has a higher score at the end of an inning. Cornhole games have only one winning team or player and never end with a tie.

Teams or players need to score 21 points to win the game. But if a team or a player scores seven or more points at the completion of an inning before their opponents, they will win the game. This event is also known as a “mercy rule” in other sports, but it is called “skunk” for those who play cornhole games.

In learning to play cornhole, it is important to know that scores are also canceled. This rule implies in-the-hole and in-the-court corn bags pitched by players during a singles play inning and half of an inning in doubles. The remaining corn bags are calculated with points, while non-canceled corn bags will have a value for that specific inning.

Corn Bags In-The-Hole – Hole-ins can cancel each other out when a particular player must cancel a corn bag in the hole of their opponents. The cancellation will not have a score for either players or teams. But a non-canceled corn bag in the hole will have a value of three points.

Corn Bags In-The-Count – A player must cancel an opponent’s in-the-count corn bags and will not receive any points. Corn bags in the count that are non-canceled will have a score of one point.

Cornhole is known by many popular terms such as Bean Bag, Soft Horseshoes, Indiana Horseshoes, Corn Toss, and Bean Toss. It is a fun pastime activity and a great sport to play as well. People can also capitalize on the betting opportunities for this great pastime sport. There are many ways to learn how to play cornhole, requiring concentration and pitching skills to succeed.