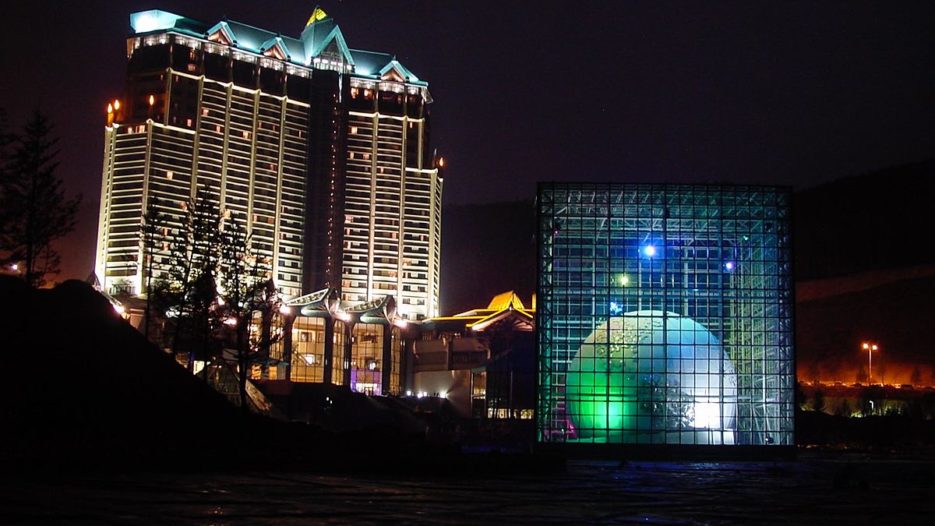 Gambling is inculcated in the culture of Asians. It is like people are born with an innate need to take a chance. South Koreans are not exempted from this. To prevent its nationals from succumbing to gambling addiction, the government has made some gambling regulations. In Article 246 of the Criminal Act, individuals proven to engage in any gambling activity for monetary gain will be persecuted. They can face imprisonment and fined several million won.

South Korea may be a booming country with high-tech offerings but they are still largely conservative when it comes to their gambling laws. They take the financial and social consequences of gambling too seriously that they have adapted a foreigner-only access policy in their casinos. Still, South Koreans are not without hope. The government has allowed one casino and resort company to accept South Koreans – the Kangwon Land Casino.

The Promised Land for Gamblers

Located in Gangwon Province, Kangwon Land is a promised land for South Korean gamblers. The site, a remote coal mining area, used to be a major national energy source before it was replaced by oil and gas. The casino was built there to revitalize the economy. Kangwon Land has become a joint national promotional project by the national government and the local government of Gangwon Province. As much as 51% of the Kangwon Land Corporation is run by four regional autonomous governments, giving the casino a level credit rating allowing for fairness and transparency in its operations and management, particularly in future developments.

The casino first opened its doors to the locals and foreigners in October 2000 and offered a 199-room hotel and a casino with only 30 table games and 480 gaming and slot machines.
Despite being located in a relatively inaccessible area, locals still make their time to visit the casino. In fact, it has attracted a large number of patrons. Some even stay there overnight and wait for hours in line to get a seat in the casino. Foreigners even consider the casino one of the must-visit tourist spots in the area. To accommodate the huge number of casino visitors, Kangwon Land now has two hotels with a total of 674 rooms and two condominiums with 403 rooms.

It is a dreamland with its 18-hole golf course and ski resort featuring 18 slopes. The continued success of the place has pushed the company to build an additional hotel and condominiums. Along with the increase in national income, growing tourist activities, and a sharp influx of tourists to the country, Kangwon Land will become the centre of tourism.

The Kangwon Land Casino occupies the area at the foot of the High1 Ski and Golf Resort in Sabuk-ri 424, Sabuk-eup, Jeongseongun, Gangwon-do. It is one of the more popular and most successful casino developments in South Korea. To date, as much as half of the annual total gambling revenue is from Kangwon Land Casino. The high revenue is probably because the casino caters to both foreign nationals and locals.

The casino has a casino floor area of 27,291 square metres and features more than 200 gaming tables and 1,360 slot and video gaming machines. It also has a VIP section, The Summitas Club, open from 10 am to 6 am daily.

Table games available include Baccarat, Blackjack, Big Wheels – 5 Kinds, and Roulette. The unique casino boasts of one of the largest gaming facilities in Korea. It allows the entry of both foreigners and locals who want to experience the casino’s grandeur from its interiors down to its service-oriented dealers. The casino is also proud of its healthy gaming culture that accommodates both traditional and modern gamblers.

The casino also provides world-class service in its highly exclusive Summitas Club and Lounge located on the 5th floor of the casino. Spanning an area of 198 square metres, the facility has 20 seats and is only open for its registered members.

Located on the second floor of the casino is this fancy, Pansy Restaurant that offers a gastronomic fusion of Western and Oriental food offerings including Japanese, Korean, and Chinese. It has an area of 837 square metres and seats 180 people. The Mint Bar offers healthy refreshments such as freshly squeezed juice, which can be enjoyed while playing. It is located on the first floor of the casino and seats 180 people.

For a more relaxed vibe, head on to the Crystal Lounge offering sandwiches, cakes, soups, and other food items. The casino also features a free bar where guests and gamblers can request for soda, juice, or coffee.

What are the Other Attractions in Kangwon Land?

One of the highlights of visiting Kangwon Land, in addition to the casino, is the Multimedia Fountain. This musical fountain is one of the largest of its kind in Asia. Its design and development were spearheaded by the German-based Emotion Media Factory, specializing in dancing fountains. Their other project developments include Vinnytsia Fountain Roshen in Ukraine and Chiang Mai Night Safari Park in Thailand.

Also known as the Magical Box, the fountain features a big cube system incorporated into the fountain. In the morning, the box looks like a mirror. At night, it becomes illuminated to highlight its interior where a 20-metre globe can be seen. The innovative lighting effects of the globe give the illusion that the globe rotates as it showcases the five continents.

The globe is more than just an illuminated spectacle as it also contains the Dome Cinema. The Dome Cinema measuring 18 metres is also used as an area for video projection. It uses a laser video system to make sure the images are not distorted by the various depths of the cinema. At its exterior is the biggest fully automatic screen featuring laser projections, lighting effects, and synchronized choreography allowing for an amazing experience.

The exhibition area of Arari Village Theme Park welcomes guests who want to immerse in the local culture. Guests can stay in the rural village for a few days to experience the lifestyle of the village people during the Joseon Dynasty. They can see relics such as Seo-nang-dang and jang-seum at the entrance of the village. They can also see yeon-ja-bang-a, an ox-powered millstone.

At the High1 Resort, guests can enjoy Lumi Arte, a trail of sculptures that culminates on a lake, which is a great spot for night sightseeing.

Kangwon Land Casino is highly visited by both locals and tourists because of the amazing amenities it offers its guests. One of the most popular ski and leisure resort in Korea is the High1 Resort. It is located in the Jeongseon County spanning the almost the entire mountains of Gohan and stretching until Sabuk.

What is the Future of Kangwon Land Casino?

Kangwon Land Casino has a steady growth even if its location is relatively inaccessible to most. They are thriving despite lacking in high-rollers and Chinese gamblers. The huge number of locals allow it to rake in trillion won in revenue. Nearly all of the casino visitors are South Koreans, allowing the casino to be unaffected in the recent crisis other casinos relying on foreign gamblers. Crackdown on fraudulent Chinese gamblers has caused some prominent foreigner-only casinos in the country to lose vital revenue.

This important development has led Las Vegas Sands Corp to consider investing more than 5 trillion won to build an integrated resort in Busan in one condition: locals should also be allowed to enter and gamble. However, the idea of a second casino accepting locals is still far out. Kangwon Land has a monopoly on South Korea citizens until 2025. Experts believe that the conservative nation will not consider changing its policy to accommodate another casino for its locals any time soon. This means avid players would have to make the extra effort to travel to the abandoned mining area to satisfy their gambling needs.