How to Play Go-Stop: Korea’s Most Popular Card Game 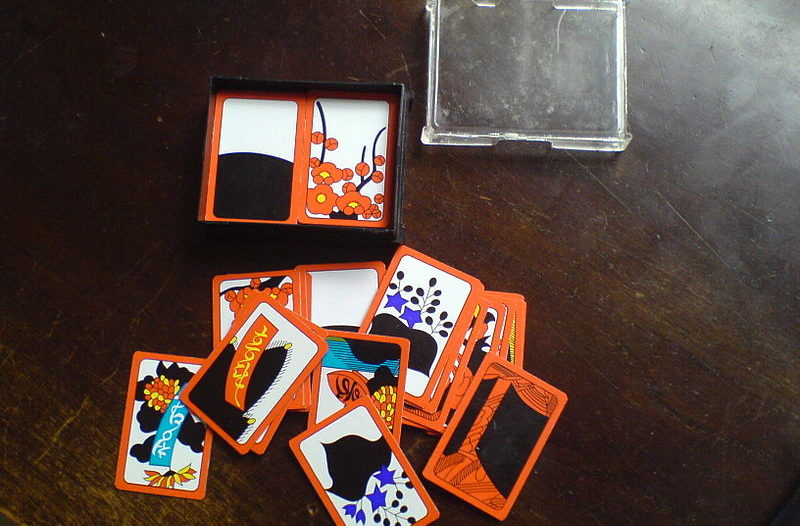 Heading to Korea as an expat is easy. The people are pleasant and very welcoming of anyone who wants to experience the wonderful heritage and culture of Korea. Expats keen on immersing in the popular culture of Korea must learn how to play Go-Stop.

Go-Stop is a widely popular card game played in Korea. Most of the family and friends gather every Christmas and New Year’s to play this game so it would be great if you, as an expat, can participate in its enjoyable card game.

History of Go-Stop in Korea

While the card game is popular in Korea, it actually started in Japan, during the time when gambling with traditional card games was considered illegal. Since the law states that locals cannot play four suited cards, many of the Japanese people chose to play card games with traditional Japanese characters such as flowers and sceneries. By 1889, Nintendo decided to produce thousands of handmade cards. However, the Yakuza got wind of the growing popularity and made a gambling industry out of it.

Soon after, the concept of the card game was eventually brought to Korea where it is widely enjoyed.

How to Play Go-Stop Card Game

As mentioned, this card game does not use traditional cards such as the 52-card deck commonly used in poker games. You will have to use Go-Stop Cards or Hwatu Cards. Since this card game is quite popular in Korea, it is easy to buy one in convenience stores and even online. To make the game more enjoyable and rewarding, it is best to also have poker chips, particularly if you want to place bets.

Hwatu is much smaller but thicker than a regular 52-card deck, making it challenging to shuffle. Most newbies would shuffle the card by spreading the cards onto the table and just mixing them. Do note that the deck has four cards that stand for each month of the year along with a flower. The objective of the game is to find the match of the cards with their corresponding sets. For example, players should match cards from May with another card from May. Players, though, do not need to memorize the characters as they can just simply match the cards following the same design and theme.

It is important to note, however, that the cards are divided into four different sub-categories, as follows:

Animal – these are the set of cards with animal characters on them. They are distinguished by having a distinct character different from the junk counterparts.

Bright – these are the set of cards having Chinese characters, which means “bright” on a red circle.

Junk – the most common set of cards. They are the plain versions of each of the card sets.

Ribbon – these are the cards that match with either a red or blue ribbon.

The most important part of the game is learning card identification since it the one used when scoring points.

To start the game, players must learn how cards are dealt and some rules concerning the game. Before giving out the cards to the players, your group must first choose a dealer. The dealer is the one who shuffles the cards, deal the cards, and play the first hand. Some of the locals make dealer selection easy by just playing a game of rock-paper-scissors. Then, the succeeding winner of each round becomes the dealer.

Soon after shuffling the cards, the dealer will have the player to the left “cut” the deck. Cutting the deck means taking out a part of the deck and placing it face down on the table. The dealer will then proceed to deal the card. Once the dealer runs out of cards to give out, they can get from the one on the table but if there are cards remaining, it will be placed back along with the remaining cards on the table.

Dealing the cards follow a counter-clockwise direction, beginning from the right of the dealer. As soon as the dealer gets the cards, these are then given face up on the table. This is only done once depending on the total number of players, as follows:

4 Players – each player will have 6 cards and four cards facing up on the table, with three to each player and two to the table. Do this only once.

If none of these special conditions apply. The game proceeds with the dealer being the first to play. In each player’s turn, they should:

Should there be a matching pair on the table and a player has a card in hand that matches a part of that set, the player can choose which pair to collect on the table.

The winning player can stop the game and collect the winnings and they also have the choice to continue the game by saying, Go!

Why would a winning player choose to say Go! instead of just collecting their winnings?

To better understand the scoring system, here are the points for each set:

Now that you have learned the basics of playing Go-Stop, go and challenge your Korean friends and stop them with your strategy!