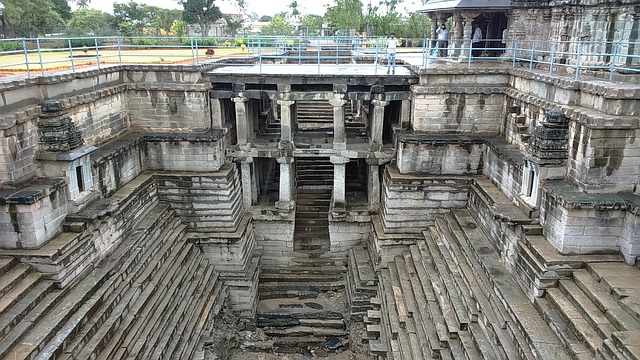 India is a fascinating country that is rich in culture and traditions. This country is a destination that most tourists should visit and experience a different world of wonders. There are many places and things to do in India that tourists who have been in the country would agree on. India offers a wide variety of architectural designs and concepts that, sure enough, will make enthusiasts in awe.

Amazing Things To Do In India

The Ajanta Caves have already been declared a UNESCO World Heritage Site. The area is composed of an order of 29 manually carved chambers from a solid rock face above the tapered Waghora stream in Ajanta, which is 76 metres high, and about 483 kilometers east of Mumbai. Buddhist Monks carved the caves out of a rock with great care and thoroughness from the period 2AD until 6BC. All of the caves have large halls featuring paintings with details on walls showing the Jataka stories, the Buddha's previous lives. The ceilings are with floral and geometrical patterns that make these marvelous caves a must-see.

One of India's most attractive national parks, the well-managed Bandipur National Park that has estimated land coverage of 1,295 square kilometers at the base of the Western Ghat Mountains. The park has some native wild animals, and some may witness some tigers or elephants as they take the tour. There are also resorts located inside the park that offer guided tours for visitors and caters to a wide variety of choices for accommodation.

The Amber Fort is located eleven kilometres outside Jaipur and is composed of red and white sandstone as its principal material during construction way back in the 16th century. Amber Fort (also known as Amer Fort), features Hindu and Rajput architecture, blended with a combination of Muslim and Hindu ornamentation. Visitors can also avail of a guided tour with the assistance of an audio guide, whether Hindi or English. Amber Fort showcases elaborately decorated halls, notably the Sheesh Mahal (Mirror Hall). The site also demonstrates a 50-minute light show that tells the story of the fort and Jaipur city history. There are also formal gardens and a museum that you can visit, or enjoy an elephant-back ride throughout the fort.

Visiting the Ancient Stepwells is one of the best things to do in India. Its purpose was to function as a solution to water shortage outside of the yearly monsoon seasons. The Stepwells captures an ample amount of rainfall during the monsoons and built throughout the dry northern regions of Gujarat and Rajasthan way back 550 AD. The structure is five-story deep preservation, as most of these step wells are dilapidated already. The Adalaj Vav, 19 kilometres north of Ahmedabad, can give you an unforgettable experience as you descend your way down the stairs with ornately chiseled stairs with intricate carvings of Hindu and Islamic styles.

Situated in the Old Town, the luxurious home of several generations of Indian royalty is a treat for any visitors to Jaipur. The construction of the City Palace in the 1700s with impressive interior details that had several insertions and changes over the decades. People with a passion for architecture will surely appreciate the superb combination of Mogul and Rajastani architectural designs. You can hire a local guide for your tour or procure an audio guide so you could go on at your momentum. The Palace includes a textile museum that shows excellent examples of royal regalia and also an armory museum.

Swim at the Dudhsagar Falls

The astonishing Dudhsagar Falls is in the Bhagwan Mahaveer Sanctuary and Mollem National Park. With a height of 310 metres, the Dudhsagar Falls is the tallest in India that widens at 31 metres during a substantial rainfall. The majestic site of this falls is hard to reach, for it can take you ten kilometre-trek along a railway line, or you can avail the bike-taxi service if you plan to visit during the rainy season.

Spelunk at the Ellora Caves

The Ellora Caves complex engulfs an area of two square kilometres located at the Maharashtra province. The complex is 34 Jainist, Brahmanist, and monolithic Buddhist temples, carved out of a mountain and finished with intricate artworks. These caves show exceptional religious open-mindedness, unlike the Ajanta Caves, which are all Buddhists. The Ellora Caves also show elaborate artworks considering the limited resources they had during the construction.

The Great Wall of India is over 35 kilometres long around the perimeter of the Kumbhalgarh Fort in the Rajsamand province. Only second to the famous Great Wall of China, this marvelous engineering took 500 years to construct, which stands as a safeguard to 300 ancient temples. Visitors must be fit to climb to the top, which usually takes 40 minutes. This UNESCO World Heritage Site is a must-experience place.

Take a Day Trip to Hampi

The city of Hampi gives architecture enthusiasts a treat with Indo-Sarasonic design influence and has buildings with splendid geometric details covered with Hindu scriptures and carvings. It became the capital of the Vijayanagara Empire in Southern India from 1336 to 1565. Hampi city had 250,000 people. Your trip to the city of Hampi must include the Lotus Mahal, the beautiful geometric designs of the Stepped Tank, and the Virupaksha Temple, which makes Hampi a UNESCO World Heritage.

Take Pictures at the Hawa Mahal

The Hawa Mahal is also in Jaipur and serves as one of the city's unique architectural features. Hawa Mahal's primary building material is white sandstone. The structure is accessible and very hard to miss.

Emperor Humanyun's Tomb is a magnificent monument, erected in the year 1570 in New Delhi. It is the first garden-tomb in India and is one of the inspirations of the Taj Mahal because of its building innovations. The mausoleum is bisected by water passage, which gives the whole site four quadrants that exhibits the four rivers of Quranic paradise. You can have your tour by yourself, but it is better if you hire a tour guide who knows all aspects of this UNESCO World Heritage Site.

The Kanha Tiger Reserve (also known as Kanha National Park) has an area coverage of 933 square kilometres . It serves as the natural habitat of Bengal Tigers. Visitors can also get a glimpse of some other animals that are native to India, like the Indian Leopard, some species of deer, gaur (much like the buffalo), and smaller animals. You can range over the park with your self-drive safari or get yourself a tour guide. Kanha Tiger Reserve also offers overnight accommodation with some of its lodges inside the park.

Take a Break at the Lodi Gardens

Almost every city will tire you of its busy streets and people. In Delhi City, you can have a break by going to Lodi Gardens, which is an excellent place to breathe and enjoy nature. You can also see some 500-year old historic tombs. Sikander Lodi's (1571) and Mohammad Shah's tombs (1450) showcases ornate domed mausoleums, in which Turkish sultans from Persia brought the design influence in India. Lodi Gardens is well-kept and a great place for meetups and pleasurable for walking.

Worship at the Lotus Temple

The Lotus Temple in New Delhi is also known as Baha'i House of Worship. A one-of-a-kind structure, complemented by a perfect layout of gardens, visited by thousands of people every day. Visitors of all faiths can enter the Prayer Room on a self-guided tour. Anyone would probably notice the admirable interior finish of the place. The Information Center will also help you with the Baha'i religion and the history of the Lotus Temple.

Nek Chand Saini is a unique sculpture garden and was his masterpiece. He finished it for over 30 years. Nek Chand Saini is in Chandigarh, and it would take a three-hour train ride from New Delhi. Nek Chand was once a government worker with a big passion for art. He is a natural sculpture, collecting stones and other discarded materials for his garden of pathways, pavilions, statues, and corridors that brings pleasure to visitors. Nek Chand's superiors gave him a team of workers when he presented his garden to them.

Situated in Kerala, the Periyar National Park has an approximate land area of 1,554 square kilometres. Also known as the Tiger Reserve, it is home to a variety of Indian wildlife and variegated flora. This park also allows you to see a majestic Bengal tiger treading through its territory. Periyar National Park promotes eco-tourism and the preservation of the tigers. The park also offers plenty of options for overnight accommodation. You can also enjoy tiger trekking, boating safaris on the lake, and bamboo rafting.

The mysterious, ancient, and awe-inspiring India always has something to offer for everyone who visits. The fortresses and succession of palaces, the human-made temple caves and exceptional national parks with beautiful animals, surely captivates the heart of anyone who visits India.