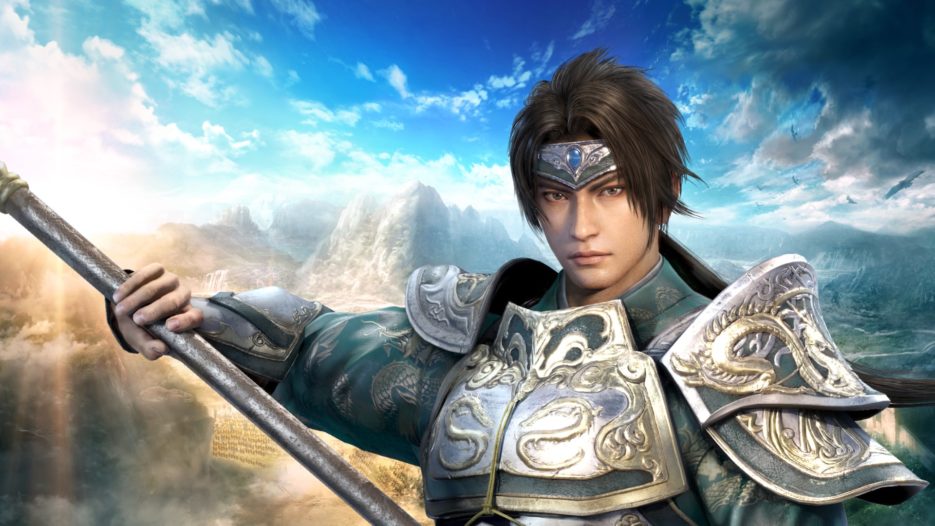 China is all about culture and heritage and they have a huge population. This is the reason why most developers love creating a game that pays homage to Chinese culture. If they really want their games to sell, they have to input a Chinese element or anything related to it for it to make it big. Chinese people, for one, love adventure and gambling so it is not unusual for game developers to incorporate Chinese influences into the games. It is also a factor if they want their games to become available for the Chinese locals. One of the ways to make it accessible and acceptable for the Chinese government is to make the games set in China.

Another factor that makes it plausible to enter the Chinese gaming market is because of the growing market. Whilst the country was largely avoided before, it is now one of the most sought-after market today. It is quite easy to create a game set in China because of the country amazing scenery. It is high time that China gets the highlight it deserves aside from being made as the only backdrop for most slots games in online casinos.

Heart of China is probably the first to ever have the courage to offer a game set in China. Whilst the game is not popular, it is one of the earliest point-and-click full-motion video published by Sierra. The video game was sadly overshadowed by the developer’s other games such as Leisure Suit Larry, Police Quest, and King’s Quest.

The game was mostly set in China, with locations including Chengdu and Hong Kong, which includes an Indiana Jones-like character who aims to find a lost treasure. Whilst the game may be considered borderline racist, the inclusion of puzzles and dark tones makes it a bit forward during the time of its release.

One of the longest video games set in China is the Dynasty Warriors. The video game takes inspiration from the classic Romance of the Three Kingdoms. Dynasty Warriors now has nine entries in the main series and even includes dozens of spinoffs. It has a simple and ridiculously addictive storyline that makes its gamers surprisingly hooked. The hack and slash game’s latest installment Dynasty Warriors 9 developed by Omega Force and published by Koei Tecmo is the first open-world offering that revamps the gameplay of the series. It includes a traversable map of China, which players can explore by foot, boat, or horseback. The game offers liveable environments such as towns and cities and places where players can battle with other users.

Developed by Infinite Machine, New Legends is a video game completely set in China. Gamers control Sun Soo, a young fighter who aims to give freedom to China and his kingdom from the stronghold of Xao Gon. Users can use firearms and melee weapons as they defeat their enemies from a third-person perspective. The game used locations based on actual places in China.

Whilst the game was highly marketed as it came from the same creators of Jedi Knight but it did not really live up to the expectations as it received mixed reactions from the critics. Many believe that the game’s portrayal of China – a beautiful blend of ancient cities and vast plains – was quite extraordinary. Sadly, though, the gameplay was simply too bland.

In recent years, China is widely used as a setting for spies and agents. The Splinter Cell franchise is probably one of the more underrated games in the stealth genre. The game is one of the best entries in the series. It features Shanghai and a host of Chinese bad guys as they fight in the streets with red lanterns to remind gamers that they are in China.

Whilst many gamers were actually surprised that the game got a sequel because the first one wasn’t really good enough to get one. Aside from the surprising sequel, developers made Dog Days set in Shanghai. The game was heavily influenced by the action movies of 2010 including city shootouts, shaky cameras, and cardboard cut-out enemies. Whilst the gameplay could use a lot of improvement, the story and Shanghai background easily captures the gamers with its sprawling depiction of China’s metropolis which blends beautifully with rundown neighbourhoods and narrow alleyways where gambling triads and bad guys thrive and operate.

This uber-popular game in China is the biggest video game worldwide. It has over 200 million gamers playing the game monthly, with as much as 50 million players from China alone. Released internationally as Arena of Valor, the game is an RPG that incorporates a host of historical Chinese heroes who must battle it out to successfully takeover rival bases. Whilst the game will not show the reality of mainland China but exaggerated worlds and mythical figures, one would know that the game is highly Chinese with its addictive gameplay.

Shenzhen I/O depicts the crude reality of living in China. Whilst the other games show the countries ancient landscapes in their battles, this game is a complete opposite. It shows how an average Chinese citizen lives his daily life. Shenzhen I/O is an indie game that shows China’s southern industrial and financial megacity. Gamers act as an electrical engineer who must balance work by checking emails, researching products, and building circuits. Players can get really absorbed into the game as they navigate the freewheeling Shenzhen, which is far from modern China.

Another superbly popular video game today set in China is Overwatch. The team-based multiplayer online shooter game has millions of followers thanks to its popularity in China. In fact, game developer Blizzard knows and really exploited the potential of the Chinese market. They know that Chinese people are overly patriotic and any game that uses Chinese characters would surely become big among the Chinese locals. The game uses Chinese-themed events and sceneries such as gardens of Lijiang Tower in Shanghai. Whilst the game is not completely set in China, it still highlights the country and its massive potential, especially when it comes to eSports.

Developers mostly make games that would sell and they often do it by getting to the good side of the Chinese government. Hazy Days is not one of those developers who are careful with the games they make. As a result, it is one of the top games set in China. Tackling humanitarian issues in China can get developers in big trouble but Mike Ren’s Hazy Days is a courageous take on the ever-growing pollution problem of China. Set in Chinese New Year, Hazy Days is a free game that follows the story of a young Chinese girl as she tackles China’s air pollution.

Players must control her breathing for seven days, which includes during events such as walking to school or visiting her grandma.