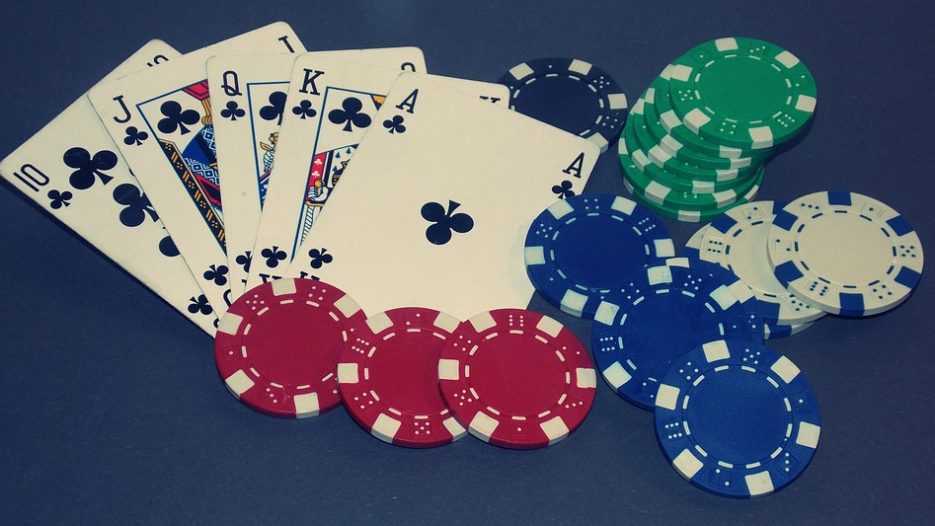 To some, poker is dead. But for China, poker is booming. It seems that poker is only getting traction in Asia recently that it has been a topic of discussion that even media people are taking notice – writing about the Asian poker scene and tournaments held in Macau. Most first-hand information they have come from Macau. What about the poker scene in Mainland China? One may argue that it is non-existent as gambling other than the state-sanctioned lotteries are illegal. Here is where it gets interesting: Illegal poker rings exist in Mainland China. They are, in fact, thriving.

History of Poker in China

Whilst this particular game is gaining traction recently, Chinese people are not foreign to this game. Locals have been playing card games since its inception, with their own version of poker referred to as Tuo La Ji or Tractor Poker. This poker involves the use of two decks of cards with four players in fixed partnerships. The game has a point system, with teams working on attaining a score of above ace or prevent the other team from reaching the objective. Tractor poker is considered a leisure sport by the China State Sports Administration and standardized the rules to manage national competition throughout the different regions of the country.

The World Poker Tour (WPT) seized this opportunity and worked its way to become present in the gambling-hungry nation. The organisation used the game of Tractor Poker to receive its five-year license from the government, which allowed the broadcast of the National Tractor Poker Tournament series on the Chinese national TV. Whilst the game is far from Hold’em that Chinese locals are clamouring for, it has helped raise awareness about the different types of poker.

As tractor poker worked its way to the consciousness of the locals, Texas Hold’em is slowly introducing itself behind the scenes. The success and popularity of Hold’em in the conservative country began in expat communities such as Shanghai and Beijing where foreigners play and introduce it to locals during some leisurely play at home. Knowledge of tractor poker made it easy for locals to fall in love with Texas Hold’em, transforming from casual game to a more organized poker game.

The Rise of Poker Rooms in China

As Texas Hold’em gained ground, organizers began leasing apartments and employing dealers to run poker games. The usual games have blinds of US$1/$2 and US$2/$5, with the poker rooms getting a 5% rake. The games were so popular that rooms operate 24 hours and 7 days a week.

The popularity of poker skyrocketed between 2008 and 2009 when the first poker room, Hold’em Star Club, first opened in Beijing. The success of said Texas Hold’em poker room initiated more poker rooms and clubs to open in the bustling cities of Beijing and Shanghai.

Since gambling in Mainland China is illegal, poker room operators could not offer cash games to its clientele. What they do is organise tournaments requiring an entry fee to join. Instead of getting a cash reward, players can then win prizes that they can convert into cash. Some of the items include iPhones, iPads, hotel accommodations, and travel vouchers. This, however, did not discourage poker patrons to continue visiting the poker rooms. In fact, rooms are always full to the brim with as much as 300 guests each entering the popular clubs each night. This influx of clients intensified the demand for cash prizes. Many of the consistent winners are the same players who want something more than winning the same merchandise. This demand caused the operators to become more creative in terms of awarding their customers with the cash.

As the popularity of poker games surged, locals started clamouring for ring games. Operators offered Sit N’ Go-like cash games where players have to fill in a 9-seated table before initiating the game. Blinds increase per level. The only difference is that players can leave the table at any time during the game and exchange their chips to cash. There is no need to eliminate the other players to win. Over time, operators became increasingly creative and poker games became much more similar to poker games played all over the world. To continue operating without directly breaking any law, operators of these poker rooms exploit every loophole in the law to make sure the poker games are not labelled as a form of gambling. Still, there are a few poker rooms in China that take the greater risk of running actual ring games. These games, however, are only available for their most trusted clientele.

China’s poker police nabbed Xu Chaojun, one of the nation’s leading internet tycoons in relation to his connections with running an illegal poker ring, with stakes topping $440,000. Gambling in China would only be legal when it does not involve money. Had Chaojun did not pocket the money and only hosted the games, he would not be guilty of orchestrating an illegal gambling ring and would have received a lesser charge and not the three-year imprisonment he is currently facing now. Chaojun is guilty because he took a 5% rake from the game, giving him at least $22,000 from the $440,000 prize pool.

Xu Chaojun’s arrest brought the unneeded attention of poker rings to mainstream media because of the latter’s status as a prominent figure in China’s growing internet economy. Since his graduation from Tsinghua University, Chaojun has been a fixture in the tech scene in China. He served as the Vice President of the social media platform Renren, with more than 240 million users. He was also one of the influences of Shanda and Sogou, popular game developer and search engine companies. Chaojun also served as the Chief Executive Officer of Diandian, Tumblr’s counterpart in China.

Aside from operating tech companies, Chaojun is also visible in poker tournaments. He was actually one of the six poker players beaten by “Cold Poker Master,” a poker bot developed by artificial intelligence scientists from the Carnegie Mellon University. The young entrepreneur had the most points among the other poker players.
The young internet tycoon was arrested in Dongchen District in Beijing whilst playing Texas Hold’em poker with nine other players who are also prominent entrepreneurs. The players communicated through WeChat using codes to specify bets and necessary payments. Regarded as the group’s ringleader, Chaojun allegedly pocketed five percent of every game, making him an illegal poker ring operator.

Cracking Down the Illegal Poker Rings in China

China is not one to back down when it comes to crushing illegal gambling dens. They are also not one to shy about stopping any internationally-operated gambling activity in its land when they think it violates their laws. In 2105, the Chinese National Police stormed in the APPT Nanjing Millions poker tournament sponsored by PokerStars over allegations that the event is illegally operating. The raid comes even though the local authorities granted its operators to host the tournament. Whilst no one was charged or imprisoned after the raid, the incident showed how fickle-minded the government is when it comes to gambling in their land.

Aside from illegal poker rings, China is also home to a number of illegal betting activities forcing the local authorities to strengthen its stance against gambling. The Chinese National Police tore down an additional online gambling ring through their intensified crackdown on illegal gambling operations centred in the provinces of Guangzhou, Shenzhen, and Jieyang. The police arrested more than 150 suspects, including the ringleaders. The police seized all gambling-related paraphernalia including computers, bank cards, and transaction records.

As illegal gambling lords become creative in their operations, the local authorities are doing the best they can to completely eradicate these illegal activities. More recently, the Wuhan Public Security Bureau turned to the use of drones during their surveillance of an alleged gambling den. They can capture a clearer, three-dimensional view of the site, helping them to plan their raid constructively so no one will be able to escape the hands of the law.

Gambling enthusiasts in Mainland China who hope that the government will somehow loosen the grip on illegal gambling may want to shift their focus and instead look for more creative ways on how they can satisfy their gambling needs. Recent technological advancements have made various online casinos and live poker rooms operating outside Mainland to be readily accessible to Chinese locals. To remain on the good side of the law, it is best to keep the playing on reliable online casinos for the meantime.

Any suggestions? Let me hear your thoughts!