Home / China / How Technology Changed the Gambling Scene in China

How Technology Changed the Gambling Scene in China 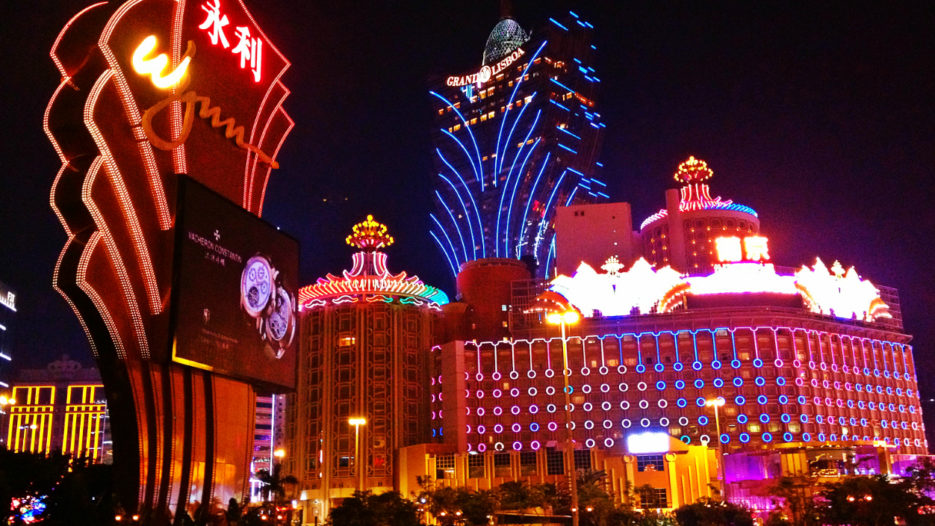 China is one of the Asian countries to ban its citizens from gambling, particularly in mainland China. The only places where they gamble without restriction are the special administrative regions of Hong Kong and Macau. But, as they say, Asians are natural-born gamblers. Taking chances is part of their culture that it is almost second nature to them. Risk taking is an important factor in survival. Humans take calculated risks to gain. Gambling is a unique type of risk. Rather than physical risk, it involves a wealth risk and this type of risk often results in risking familial relationships.

For years, the country has greatly improved on developing technology of all sorts. Some of its cities including Shenzhen has become the centre of young innovators who always bring something new to the table. The world of gambling is no exception. Chinese locals seem to always find a way on how they can still gamble without dealing with local authorities. Some take that long travel and head to Macau or Hong Kong where they can gamble until they go broke. Others, they just get creative.

Since gambling is illegal in China and the government is strongly against it, local authorities are intensifying their crackdowns against illegally-run casinos. This pushed some operators to set up shop outside mainland China. Online gambling has been a norm for many Chinese locals. In fact, a lot of online casinos customize their themes and games to satisfy the Chinese gamblers.
The available technology of today has allowed gamblers to be creative on how they can satisfy their gambling needs. Some of the punters choose to go online instead of making the long trip to the Macau or Hong Kong. They do not have to pay for flight and accommodations and spend time away from their loved ones for as long as they have a stable and reliable internet connection.

It is true that some gambling websites are banned in China, but a little tweak in the internet setting such as using a virtual private network, and they are good to go. Another technology useful for online bettors is the wide range of available methods for deposit and withdrawal of money. The use of electronic wallets or e-wallets has allowed punters to fund their accounts without fuss.

The growing popularity of online casinos has given birth to live dealer casinos to cater to gamblers who want to experience a real casino atmosphere without leaving their home. Players can enjoy the luxury of watching scantily clad dealers as they flirt with Lady Luck. This has become the norm for many Chinese nationals who do not have the luxury of traveling to the gambling hub of Macau. China has too much money and they want to gamble it on casinos. Online gambling has allowed them to simply log into an online casino and enjoy the usual games of roulette, poker, and even slot machines.

Some of these online casinos took advantage of the growing popularity of cryptocurrency as a mode of payment. Through Bitcoin and other cryptocurrencies, most of their online gambling activities slip detection. No one would know that the money in their bank is from an online casino.

Along with the intensifying crackdown on illegal gambling in China, locals have turned to other ways of gambling, including through the so-called “gift-giving” in the popular social media app, WeChat. A subsidiary of Tencent Holdings, the Chinese app was used by underground casino operators to facilitate illegal betting.

Weeks leading up to the FIFA World Cup, authorities busted some illegal gambling activities in various provinces including Jiangsu, Sichuan, Yunnan, Shenzhen, Hunan, Zhejiang, and Guizhou. Arrests from the said provinces revealed their activities were carried out using social media platforms QQ and WeChat, both operated by Tencent.

Punters use the traditional hong bao (sometimes called “ang pao”), a Chinese red thin envelope to hold money or small items. These digital gift envelopes were conceptualized by Weibo in 2011 to welcome the coming of the Lunar New Year. Since then, it has become so popular that many other social media platforms such as QQ, WeChat, and DingTalk offered them as well.
Casino operators have found a way to leverage the popular tradition and used these red gift envelopes as a way to remit funds from illegal gambling disguised as gifts. An investigation by the local authorities revealed that many gamblers resort to social media-based gambling because of the lower cost of entry.

One of the ways people gamble through these social media platforms is by drawing lots. Those who join the game will grab a hong bao that has with an undeclared amount of money. The important part here is to note that last three digits of the amount in the hong bao. This will be added and awarded as points. The winner of the game is the player with the most number of points. For example, the player has a hong bao filled with 21.89 Yuan, the player gets 1+8+9=18 points. The game winner often gets the amount of money equivalent to the points, determined by the game operators.

Over the years, this type of online gambling has become so popular that operators employed the use of bots to compute points and winnings. WeChat-operated gambling is much more affordable than running gambling dens. It is also easier to avoid detection of local authorities as they can simply change closed social media groups. In fact, some private social media groups are up for sale. Personal WeChat accounts can be sold for 15 to 20 Yuan whilst inactive group accounts can be had for 230 Yuan.

Tencent has become aware of this activity and has made several adjustments into their security measure to identify and block WeChat accounts and groups with suspicious and abnormal activities to prevent the proliferation of gambling rings. WeChat has closed over 50,000 groups and 8,000 group chats found to have activities related to illegal gambling.

WeChat came under fire for being a hotbed for illegal gamblers. Aside from the hong bao, gambling operators also use the social media platform to host online lotteries. The strong following of these online lotteries began in 2015. The growing access to smart technologies across the country and the smaller time gap between Russia, which hosted the 2018 World Cup, fuelled the significant increase in betting activity. Gamblers from Vietnam, Malaysia, Thailand, and Singapore also contributed to the betting volume for the World Cup.

The government sees the surge in online lotteries as a breeding ground for young gamblers. Since the industry is highly driven by profit, they fear teenagers may become lured to the promise of easy money. But some fans of online lotteries believe that these lotteries are gaining more popularity than the state-sanctioned lotteries in the country.

Gambling companies offering live dealer casino games to Chinese nationals and other foreign individuals based in the Philippines are known as POGOs or Philippine Online Gambling Operations. There are currently 57 POGOs operating in the Philippines. Majority of the employees of POGOs are Chinese as they are the ones that provide IT support and translation to most of its Chinese clientele. However, the webcam models/dealers are mostly Filipino citizens.

Chinese gamblers, since they have money to burn, have been the target of many online gambling sites. No matter how strict the Chinese government is in cracking down illegal gambling activity in their midst, its locals would ultimately find ways to gamble. It is human nature. Would it be better for the government to legalize gambling for its locals? It is too far-fetched of an idea to entertain right now. Interestingly though, most of the casino operators are also Chinese investors who also want to rake in more money from their fellow citizens. Do they just want to keep the Chinese money within their race? Let me know in the comments below what you think.