Home / Blog / Your Cheat Sheet to Gambling With Cryptocurrency

Your Cheat Sheet to Gambling With Cryptocurrency 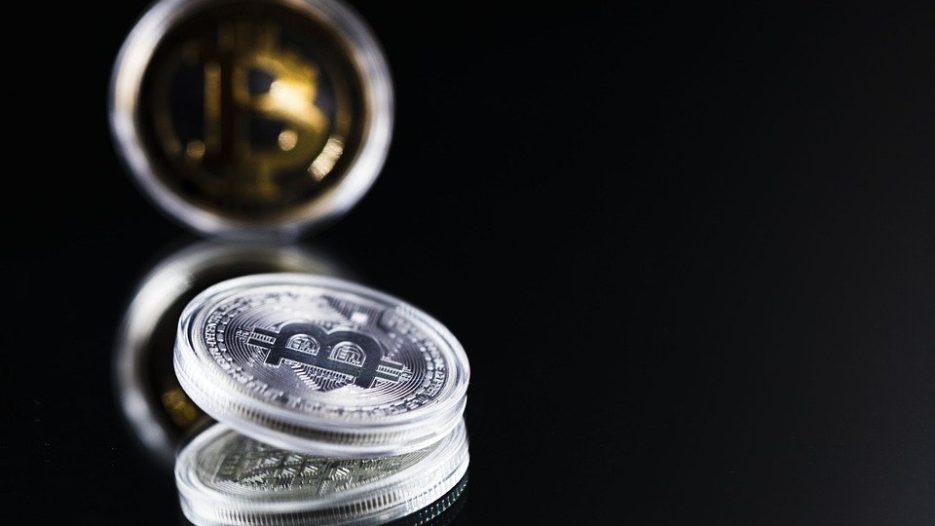 Online gambling is an incredibly popular pastime for players across the globe. When selecting a site to play real money games, it is essential to look at the supported banking options. Plastic cards, bank transfers, and e-wallets remain a popular option. However, many are starting to use digital currencies. Gambling with cryptocurrency enables players to stay anonymous. It also provides greater security since casinos get no financial or personal information.

South Korea is the 28th most populous nation, representing less than 1% of the world’s population. But in terms of technology and economics, the country holds outsized power as a creator and early adopter of emerging technologies. Nowhere is this enormous role more evident than in digital currency.

Despite its small size, South Korea is among the leading countries regarding crypto adoption and transactions. Utilizing, trading, and investing in cryptocurrency is prevalent amongst Koreans. In 2017, South Korea was responsible for more trading per capita than any other nation. However, changing government attitudes have resulted in uncertainty around the country’s crypto future.

South Korea boasts high-speed internet, and almost every household has access to it. The country has a long-standing history of early adoption, leading the world in the mobile revolution. Koreans are early adopters of mobile phones, camera phones, and smartphones. Meaning, the default presumption is that a Korean user access an internet service or web page using a cell phone instead of a computer.

But in the context of cryptocurrency, Koreans are familiar with the concepts of digital tokens and micropayments.

Why Is Cryptocurrency So Big in Korea?

With the arrival of Bitcoin and the blockchain, Koreans were uniquely ready to embrace crypto. After all, they have long been making online transactions and using digital tokens. Crypto trading is not so different. This knowledge of digital payments is a significant factor underpinning cryptocurrency’s success in the country.

Moreover, digital currency arrived at an opportune time in the Korean economy. The economy is robust on paper. However, population and economic growth do not coincide as favorably as they did in other Asian nations. Instead, opportunities for the younger population have deteriorated, and GDP per capita has been a gradual climb.

In 2017, Korea witnessed a 9.8% youth unemployment. As a result, many turned to cryptocurrency to make money. From 2014 to 2017, digital currencies witnessed incredible returns. Successful investors encouraged their parents and grandparents to invest.

Soaring crypto prices intensified the desire of Koreans to become rich. By the end of 2017, about one-third of the Korean public became crypto investors. At its peak, Korea accounted for 30% of the world’s crypto trading. The nation was the largest market for Ethereum while it comes next to the US and Japan for Bitcoin.

July 2017 saw the legalization of Bitcoin as a remittance method for financial institutions. FinTech firms could now process as much as $20,000 in South Korean won for utilization in Bitcoin transactions. Moreover, domestic crypto exchanges need to operate in cooperation with the Financial Services Commission (FSC).

Gambling With Cryptocurrency in South Korea

Gambling for property or monetary gain is illegal in South Korea. Revisions were made to the gambling regulation to accommodate the legalization of some betting activities. In North Korea, only tourists can legally gamble on a strictly regulated basis.

Cryptocurrencies are not legal tender in South Korea. Crypto exchanges are legal, but they must register with the Financial Supervisory Service (FSS). January 2020 reports indicate that the South Korean Ministry of Economy and Finance is considering a 20% tax on income generated from cryptocurrencies. This policy would systematize tax policy where there is no real foundation yet.

Crypto casinos have found their niche in the country. South Korean players can gamble online by maintaining a low profile. They can also enjoy the bonus offerings available to players from other nations.

What Are the Best Cryptocurrencies for Gambling?

Bitcoin is the most generally accepted digital currency across the globe. Bitcoin-specific gambling sites even exist to serve Bitcoin holders. Moreover, given its popularity, Bitcoin is likely here to stay. Its massive user community can also help with any issue you might encounter.

The drawbacks of using Bitcoin include hefty transaction fees and high market value. Block mining takes up to 10 minutes. Miners tend to prioritize the higher fees thinking that time is money. If you purchased Bitcoin in 2011 at $30 apiece, then great for you. Unfortunately, the current price is roughly $10,000 each, making it an expensive gambling session.

Ethereum was pretty late to the crypto party, with its launch not coming until July 30, 2015. It is the brainchild of Vitalik Buterin. Ethereum essentially borrows much of its identity from Bitcoin, slightly modifying the Nakamoto design.

Because of its structure of ethers being necessary to execute code on Ethereum, the currency boasts a far more sustainable long-term potential than its counterparts. Therefore, Ethereum gambling transactions will be valid for a long period.

The con of using Ethereum is its limited value due to the link between Ethereum and ether. Technically, ether supply is limitless. Meaning, demand will always be met, potentially limiting its maximum price.

Ripple is built upon the distributed open source internet protocol and native coin called XRP. Early development days may be traced back to 2004 when RipplePay.com was created by developer Ryan Fugger. The aim was to make a decentralized currency that individuals could utilize in their communities. A new system was motivated by this work, with Fugger passing on project leadership to Chris Larsen and Jed McCaleb. OpenCoin is the brainchild of this duo.

Ripple is anonymous and secure. It is perhaps the closest to a bank institution that you can find on the crypto market. For all that, it remains away from the hands of the financial institutions.

Since Ripple is private and centralized, it steers clear of the decentralized notion that makes other altcoins attractive. It is vulnerable to manipulation. Additionally, the Ripple Network purportedly has a shelf life. That is reportedly several decades. It has not been proven though. Theoretically, it could vanish anytime, leaving gamblers with insufficient funds in their casino accounts.

Touted as “Bitcoin but better,” Litecoin is a peer-to-peer digital currency. It entered the market shortly after Bitcoin on October 7, 2011. Essentially, Litecoin is a Bitcoin modification with smaller transaction fees. Mining is simpler, so miners do not charge heftily. It is the perfect choice if you transfer funds between accounts frequently.

The initiation of Segregated Witness by Litecoin and Bitcoin helped minimize the differences between them. Litecoin has more or less become a less popular Bitcoin.

Dash is user-friendly, catering to the ordinary members of the public. That can be key for gamblers. The coin supposedly has the most active altcoin community in the world. Dash transactions may be completed in a matter of minutes. That makes it suitable for gamblers who want a quick deposit.

The only disadvantage of using Dash is block size limitations. The block size is limited to 1MB, putting a cap on its availability and restricting its potential.

Guide to Gambling With Cryptocurrency

Firstly, you need to have a cryptocurrency wallet to play casino games in crypto. You can select from a ton of digital wallets that are currently available. After registering for an account, you will receive a digital address linked to your account. You should not lose this number.

Obviously, you need to have some coins first to deposit and play in cryptocurrency. Once you own a cryptocurrency wallet, you may log in and purchase coins using fiat. That is pretty much like buying anything else online. Select which coin you want and the amount you wish to purchase. It will only take seconds to have it credited to your account.

Choose a Site to Play With

After loading your account, it is now time to pick a place to spend your cryptocurrency. Several sites enable gambling with cryptocurrency. It is important to find a site that offers what you want to play—poker, casino, bingo, sports, etc. No matter your preference, you can always opt to switch to another site at will.

With more cryptocurrencies being launched, you have an extensive selection of coins to utilize at gambling sites. The gaming sector is among the first adopters of cryptocurrency. It will continue creating new ways for you to play your favorite games and employ your crypto wallets to finance accounts.