Home / Blog / The World’s Best NHL Players Of All Time

The World’s Best NHL Players Of All Time 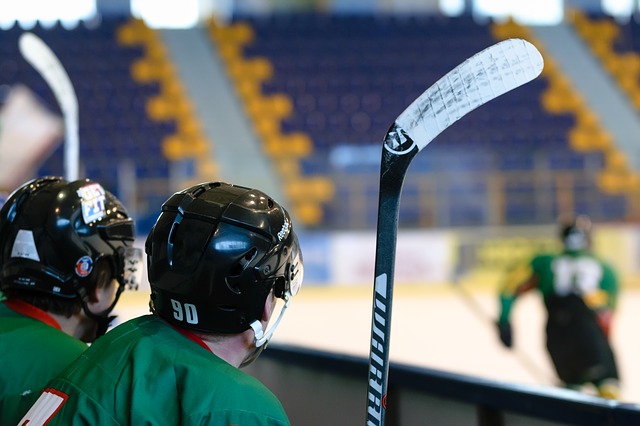 Ice hockey may be far from the first thing one would think about when visiting Japan. No one can blame them as it is often considered a minor sport in Japan compared with football (soccer) and baseball, both of which dominated Japan sports for years. Whilst ice hockey is not widely popular in Japan, it existed in the country as early as the 1920s. The country may not be home to the world’s best NHL players yet, but it has strong potential to produce one when given the chance and support necessary to amp up their game.

Governed by the Japan Ice Hockey Federation, ice hockey in Japan is slowly gaining popularity especially in the northern part of the region thanks to the heavy influx of tourists looking for venues to play ice hockey. Since the 1930s, the country holds the All Japan Ice Hockey Championship annually. The tournament is among the oldest sporting competitions in the country and is competed by four teams. The Japan Ice Hockey team also competes internationally. In fact, the women’s national team qualified to join the 2014 Winter Olympics in Sochi and the 2018 Winter Olympics in South Korea.

To date, four Japanese teams compete in the A-League. They are the Nikko-Kobe IceBucks, the Nippon Paper Cranes from Kushiro, Hokkaido, the Seibu Prince Rabbits from Tokyo, and the Oji Paper from Tomakomai, Hokkaido. The A-League is also joined by two teams each from China and South Korea. Of all the Japanese teams, the Seibu Prince Rabbits is the one with most wins as they have been playing for almost three decades compared with the other teams. The franchise started as Seibu Railway in 1966, which eventually divided into Seibu and Kokudo in 1972 before reuniting again in 2003. The team took home consecutive championships in 2005 and 2006. They reached the finals in 2007 but were beaten by Nippon Paper in four games. Many are hoping the Seibu will produce one of the world’s best NHL players if many of the locals will provide interest in one of its country’s oldest games.

Internationally, the Japanese ice hockey teams cannot rival ice hockey heavyweights like Sweden and Canada. Since its entry in the international scene in 1936, Japan has made seven Olympics appearances.

Currently, Japan is included in the International Ice Hockey Federation (IIHF) Division One, a level below the Elite Division. The men’s team is currently ranked 23rd whilst the women’s team is ranked 9th.

In 2007, Japan’s first taste of NHL success was through goalkeeper Yutaka Fukufuji when he became the first ever Japan-born player to play in an NHL game. Fukufuji acted as a backup for the Los Angeles Kings. He played for an additional three more games before he was sent back to the minors.  He is the second Japanese player drafted in the NHL after his Kokudo teammate Hiroyuki Miura drafted by the Montreal Canadiens.

Many of the playing rinks in Japan are located in the northern prefectures of Aomori and Hokkaido because of their cold winter months and proximity to Russia, a country addicted to hockey.  However, the country also has several rinks in its southern region such as Okinawa.

Whilst the country is still trying to figure out whether they would give ice hockey a try, here is our list of the world’s best NHL players of all time to inspire young and existing ice hockey players to finally give this exciting game a try.

Martin Brodeur has had a brilliant 21-year career. Marty was New Jersey Devils’ best netminder in the 1,259 games he played with the team. He holds a record of 688-394-154 with a career save percentage of 0.912 and goals against average of 2.24. He deservedly won four Vezina Trophies and included in seven all-star teams. He is decidedly one of the best NHL players/goaltenders who helped the New Jersey Devils into three Stanley Cups.

Putting a currently active player on the list was quite tricky since it would automatically leave off some good players. However, Sidney Crosby’s greatness on the ice cannot be ignored. Sid the Kid still have lots of years to play to prove he is worthy to be included in the list. At present, he already played 864 games with 411 goals and 705 assists. He has been named into seven all-star teams and has won three cups, two Harts, two Conn Smythe, and two Richards so it is not really surprising to see him here in our list.

Younger generations of ice hockey fans might have never heard of Jean Beliveau because he played professionally from 1951 to 1971. Beliveau played his 20 years with the Montreal Canadiens where he became one of the powerful centers. He played 1,125 games and scored 507 goals and tallied 712 assists. He successfully won 10 Stanley Cups, two Hart Trophies, and was included in the 10 all-star teams. Beliveau was also the first recipient of the Conn Smythe Trophy given to playoff MVPs.

Despite being mostly side-lined by injuries and cancer diagnosis, Mario Lemieux remains one of the best NHL players of all time. He played only 915 games but hugely contributed 690 goals and 1,033 assists during his stint with the Pittsburgh Penguins. Lemieux has had a brilliant career by being a six-time scoring champ, with the most impressive one recorded in the 1988-89 season when he scored 199 points including 85 goals. He has two Stanley Cups to his name despite the injuries.

Also known as “Rocket” in the ice hockey world, Maurice Richard successfully played 18 seasons with the Montreal Canadiens team. He played 978 games where he scored 544 goals and recorded 421 assists. Rocket was also the first one to score 50 goals in only one season, achieving it in a 50-game season. He has eight Stanley Cup titles. He is also the first one to score 500 career goals, the reason why NHL’s regular-season scoring trophy is named after him.

It would be a shame not to include Bobby Hull in our list. He is a Hall of Famer, winner of two Hart Trophies, recipient of three Art Ross Trophies, and a 12-time All-Star player.  In his 15 years with the Chicago Blackhawks, Bobby Hull is a name you wouldn’t miss in any ice hockey top 10. Regarded as a scoring machine, Hull had 610 goals and 560 assists in his 1,063 games in the NHL.

Many know Bobby Orr as the fastest skater in the NHL ice. Playing only 12 seasons mostly due to knee injuries, Orr successfully scored 270 goals and assisted in 645 goals. He won two Stanley Cups, received eight Norris and two each of the Conn Smythe and Art Ross Trophies, and hailed as the Calder winner in the 1966-67 season.

Also known as Mr. Hockey, Gordie Howe was a dominant force during his career. He played in 1,767 games and scored 786 goals. He also has 1,023 assists. He is also one of the strongest players having played 80 games during his final season when he was already 51 years old. He boasts of four Stanley Cups, six Art Ross Trophies, six Hart Trophies, and 21 All-Star appearances. Howe is, of course, also included in the Hall of Fame.

If there was one person who made ice hockey known to many, it was Wayne Gretzky. His career is one of the most unbelievable and highly followed by ice hockey fans. After playing for the Edmonton Oilers for nine seasons, Gretzky was traded off to the Los Angeles Kings where he played for eight seasons.

In his 21-year career, Gretzky had four Stanley Cups, nine Hart trophies, 10 Art Ross Trophies, two Conn Smythe Trophies, and five Pearson Trophies. He was included in 15 all-star teams. He is the only ice hockey player to have his number 99 retired league-wide.