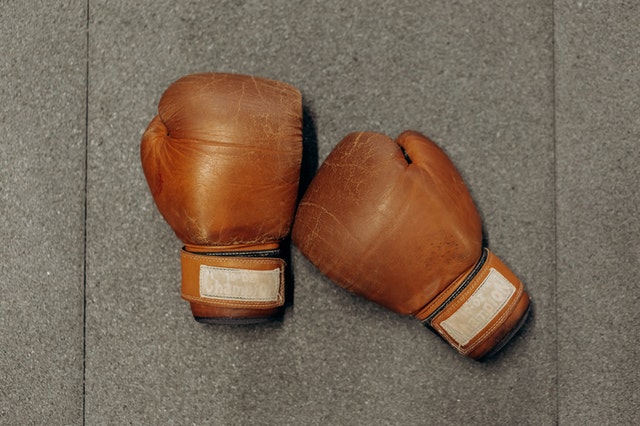 Many sports experienced a lot of upsets throughout history, including boxing. Some favorite boxers came up short with technicalities, then there are those who experienced big upsets with unexpected big knockouts. Famous boxers will always have a huge fighting event that involves enormous bettings among new and seasoned bettors.

People enjoy big fights in boxing and it is a great opportunity for them to gain some profit via betting. But there are unexpected moments in boxing that surprise a lot of people in just one knockout, especially those who have the biggest bets for a favored boxer. Read on to find out the biggest betting upsets in boxing history.

As they say, nothing is sure until the bell rings.

A lot of people admired Mike Tyson for his powerful punches that landed on other great boxers in history. Most of his matches ended up with his opponents down on the canvas. Everybody thought that Mike was unbeatable because of his impressive wins against a solid group of heavyweights in the 1980s.

But in 1990, probably the most popular upset in the history of boxing was a knockout from James “Buster” Douglas, giving Mike Tyson his first loss. Tyson walked into the ring undefeated and practically untested throughout his 37 professional fights, providing viewers some highlight-reel knockouts.

Douglas had four losses in his career as a professional during his fight with Tyson. A 1/42 favorite gave bettors a good chance of betting for Tyson in boxing history. The event took place in Tokyo on February 11, 1990. The crowd is excited to see Tyson give a knockout blow against Douglas. It was a good fight until Tyson landed his famous uppercut and scored a knockdown against Douglas.

Douglas miraculously beat the ten-second count, exactly at the end of the eighth round. But in the tenth round, Douglas came back with vicious combos that knocked out Mike Tyson. He couldn’t get up and the referee stopped the fight after counting ten.

It still is one of the most unforgettable and biggest betting upsets in boxing.

Perhaps this event may be one of the biggest betting upsets in boxing for Tyson fans. But for those rooting for the powerful Evander Holyfield, this fight was a legend. Everybody knows Mike Tyson with his reputation as a great heavyweight boxer. He fought many exciting title bouts including with Evander Holyfield. Before this event happened, Tyson had four fights where he completely annihilated all his opponents. This was his attempt to restore his career after spending four years in prison for rape charges.

Evander Holyfield at that time had a 2-2 record in his previous fights before Tyson and had an unfortunate stoppage loss against Riddick Bowe, which was his first in his career. Tyson was the 1/25 favorite according to oddsmakers at the open, then went 1/10 in settling. Media people were even afraid for Holyfield’s career as Tyson might destroy him.

As the bell rang to start the fight, Holyfield came out strong and showed everybody that he is not afraid of Tyson. He threw everything he got against the crowd favorite and never let down. Tyson tried to bounce back and regain his composure but it was not enough. Holyfield outmuscled and outpunched Tyson for the rest of eleven rounds, then scored the late stoppage.

Andy Ruiz Jr. was from Imperial, California who delivered a surprising performance at the Madison Square Garden in New York against Anthony Joshua. It was his second world title match and he had only one month to prepare because he was a late replacement for the original opponent, Jarrell Miller. Ruiz recovered from the first knockdown of his career during the third round. He handed Joshua four knockdowns in return and then the referee Michael Griffin stopped the fight after the next five rounds.

Joshua was the 1/24 favorite, where in the seventh round, he was in disbelief seeing Ruiz in the center of the ring celebrating one of the biggest betting upsets in boxing history.

Wladimir Klitschko was a 1/20 favorite during his WBO title in 2003 against Corrie Sanders from South Africa. Klitschko also had the same fate with Anthony Joshua, who also had a stoppage loss as he was just starting his career. Although he enjoyed one of the longest reigns as a heavyweight champion in boxing history, he also experienced an unbelievable upset.

Klitschko was compared to Lennox Lewis who has great athleticism and is a tough contender. But when he faced Sanders, who is also a fast-handed puncher, his defense was not enough to block Sanders’ punches to get in close. Sanders was able to penetrate the defense and unleashed his powerful blows that knocked down Klitschko four times in just two rounds. The action resulted in a TKO victory for Sanders, leaving everybody in shock. For those who made big bets for this fight, the match up will go down as one of the betting upsets in boxing.

Most people did not believe that Hasim Rahman could win against Lennox Lewis in their fight in 2001. Lewis was an established heavyweight boxer, and one of his greatest achievements was defeating Evander Holyfield in 1999. Hasim Rasham on the other hand, was famous for using his plodding style in boxing, but experts say that it does not match with Lewis’ sharp punches.

Lewis was a 1/20 favorite and the fight started exactly what the oddsmakers expected as he controlled the fight against Rahman for the first four rounds. However, there was a big turn-around in the fifth round when Lewis felt complacent that the fight was going easy.

He backpedaled to the ropes while taunting Rahman with smiles when he dodged a series of punches from him. But he didn’t expect a huge right overhand haymaker from Rahman that made him fall on the canvas. Lewis tried to get up but he did not recover from the big blow. Rahman delivered one of the biggest upsets in boxing history.

The favour is expected to side with Baer who was known to be a heavy puncher and coming off from a win against another premier fighter, Primo Carnera. As a hard puncher, Baer’s previous opponent, Frankie Campbell, died after their fight. His power as a fighter was already established by the time he fought Braddock.

Braddock, on the other hand, had 25 losses prior to fighting the boxing champion. Avid bettors knew it was a sure win for the champion and the odds were stacked against Braddock.

So it was indeed a huge upset when  Braddock, the challenger, overpowered the current heavyweight champion, earning him the nickname, “Cinderella Man.” If you can recall, the same title was used when the event became the plot for a movie that cast Russell Crowe.

George Foreman was a crowd favourite for many boxing enthusiasts because of his reputation as an unbeatable giant. Similarly, he was regarded as a fierce fighter coming off a Gold Olympic medal win at the 1968 Olympics. When he turned pro, Foreman was known to slay his opponents.

Before his fight with Muhammad Ali, Foreman has also famously beaten Joe Frazier, the former’s boxing nemesis. Frazier only lasted two rounds. The same is true for Ken Norton. That’s why when the fight between Ali and Foreman was sealed, it was no question who the favourite was. Many, in fact, considered the fight as a foolish act to earn money.

What many bettors, both experienced and newbies, failed to see is that Ali studied his opponent well and did the unthinkable – pulling Foreman to corner him to the ropes and making the champion land heavy punches and end up missing.

Ali used this opportunity to land heavy punches of his own, and successfully stopping the champion to score one of the biggest betting upsets in boxing.

Were you able to watch or make a wager in these biggest betting upsets in boxing history? Let us know in the comments below!