10 of the Worst Olympics Injuries 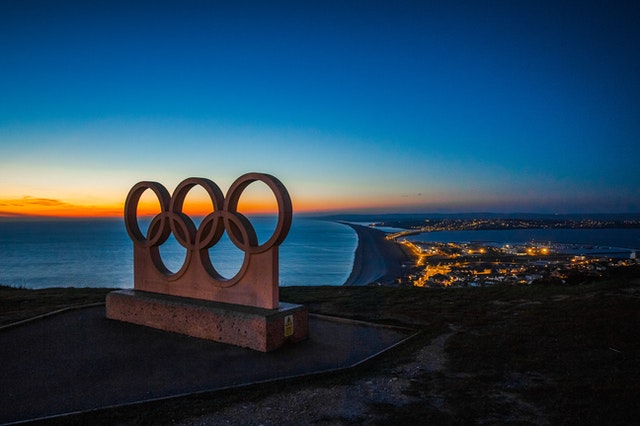 What are the worst Olympics injuries have you witnessed?

The Olympic season always has people in high energy. Aside from the widespread opportunity for betting, stories of sportsmanships and wins are always a cause for celebration. However, not everyone is lucky to bring home a much-coveted medal. Some have to deal with a devastating loss, while others have to say goodbye to their Olympic dreams because of Olympic injuries.

The objective of playing any type of sport is to beat your opponent or the game itself. You can expect players to train vigorously and study strategies to be triumphant in their sport, especially those who qualify for the world Olympics. The best athletes in more than 200 countries compete in the Olympics, which is the world’s foremost sports competition. This event happens every four years, with summer and winter Olympics alternating two years in between the period of four years.

Athletes undergo training for many years to achieve great performance during the competition and make their bodies stronger to avoid injuries. Competing in the Olympics requires high levels of performance from athletes, putting themselves at risk of hurting themselves. Injuries are part of competing in the Olympics, and some of them are serious such as breaking limbs and internal injuries.

Every athlete’s fear is sustaining an injury in the Olympics. Here are some of the worst Olympic injuries in history.

South Korea’s Jae-Hyouk is a weightlifter who joined the 2012 London Olympic Games. He was a defending gold medalist from the last Beijing Games and initially accomplished a snatch lift of 158 kg (348.33 lbs). Jae-Hyouk then suffered a horrific injury while attempting the 162 kg lift in the snatch event, as his right elbow dislocated. He had to withdraw from the Olympic Games immediately, causing him to lose his chance for a medal at the 2012 London Olympic Games. Following this event, Sa tried to move up to the 85-kg weight class but he has yet to replicate his success at the 77-kg weight.

But the injury is only a minor issue that the Beijing 2008 gold medalist has to face. Sa was slapped with a 10-year suspension by the Korea Weightlifting Federation (KWF) for allegedly punching another weightlifter during a New Year’s Eve night out. This is, for many, one adding insult to one of the worst Olympics injuries.

For many swimming enthusiasts, Greg Louganis is among the greatest divers to ever represent the US. Before becoming a full-fledged Olympic swimmer, Louganis was a highly athletic student trained in tumbling, acrobatics, and dancing, enabling him to hone his gracefulness on the diving board. At the young age of 16, he is already an Olympic silver medalist. By the time he was 19 years old, he already had won gold medals to his name from the springboard and platform event. Louganis is also regarded as the first diver to score a perfect 10 from the judges. Throughout his Olympic run, Louganis enjoyed nothing but success.

However, during the 1988 Olympics held in Seoul, South Korea, he miscalculated his dive, causing him to hit the back of his head on the board. He went on to finish his dive and managed to win gold before heading to the hospital and receiving five stitches.

In an interview with Barbara Walters, Louganis shared that he knew he would have a nasty injury. He said, “I could feel it in my own body. What I was concerned about was hitting my hands, so I came out wide so the board would go by, and I wouldn’t hit it. I started coming out of the dive and I heard this big hollow thud.”

While Louganis was able to triumph through it, it still is among the worst Olympic injuries to date.

Gymnastics is among the injury-prone Olympic events due to the complexity of the routines that the athletes have to go through. Some gymnasts would fail their landing and suffer from injuries, while others would fall from the bars. One such accident happened in the 2000 Sydney Olympic games when Hungarian Adrienne Nyeste fell face-first onto the mat. While making a full revolution, she lost control of the and flew from the high bar, causing her to experience a sliding dive off the bars.

After the fall, it took a few minutes of staying motionless. Nyeste was assisted by her coach and Olympic officials and managed to stand up. The fall was unexpected, and spectators gasped with surprise to witness one of the worst Olympics injuries happen to Nyeste.

Manteo Mitchell is a widely recognized American sprinter who has successfully competed in various athletic events. He is known for winning the gold medal in the Men’s 4×400 metre relay during the 2012 IAAF World Indoor Championships. However, did you know that this sprinter suffered one of the worst Olympic injuries that same year?

Mitchell was part of the 4×400 metre relay heat during the 2012 London Olympics when he fractured his left fibula at the 200-metre mark. Mitchell was praised for completing the race and not giving up as the race helped his team to qualify for the final race, in which they got silver.

It’s common knowledge that weightlifting is a dangerous sport. Janos Baranyai is an experienced weightlifter who represented Hungary in many events. He was also a judo wrestler. While competing at the 2008 Summer Olympics in China, the Hungarian athlete dislocated his right elbow while attempting to lift a 148-kg weight to complete a snatch. The injury caused the former wrestler to spend two years in recovery and training. While he was able to get back to the international competitive events, he was unable to receive any medals. So, it's safe to say that one of the worst Olympics injuries in history affected his performance.

Samir Ait Said’s leg injury during the 2016 Rio Olympics is not only one of the worst Olympics injuries but also among the most heartbreaking as the injury happened during the athlete's Olympics debut. While doing his routine on the vault qualifying round, Ait Said’s leg cracked on landing. Spectators were able to see his foot and part of his shin dangling off from the rest of his leg.

Despite the injury, the French artistic gymnast was able to triumph, earning himself a spot at the recently concluded Tokyo Olympics, where he finished fourth with a score of 14.900. In an interview after qualifying for the still rings final, he said, “When I arrived here, I had some flashbacks from Rio. But then I realized I have to go forward.”

During the 1992 Barcelona Games, Derek Redmond was a favorite among gamblers as among the ones with the highest chance of going into the finals. However, with only 250 metres to finish, Redmond suffered a hamstring injury. While Olympic health officials rushed to get him into a stretcher, the experienced athlete decided to finish the race.

Soon after, the world witnessed one of the most iconic Olympic moments ever. As Redmond struggled on the track to complete his run, Redmon’s father rushed to help him. While he was disqualified from the race and receiving a “DNF” mark, he was able to capture the hearts of many by showing an exemplary display of the Olympic spirit.

One of the worst Olympics injuries yet equally memorable is that of Kerri Strug. The American gymnast was part of the US women’s gymnastics team, dubbed as the “Magnificent Seven.” Strug awkwardly fell on the floor during her vault landing, causing her to tear her ankle tendons. For many, this may be the end of their Olympic event. But not for Strug.

Even after the pain, the gymnast continued to make her second vault attempt and magnificently landed on her good foot before collapsing in pain. The iconic moment allowed them to clinch the first-ever gold medal for Team USA for women’s gymnastics.

Annemiek Van Vleuten is a Dutch cyclist who suffered one of the horrifying and worst Olympics injuries. During the 2106 Rio road race, Vleuten was on the lead when she crashed off her bike during a sharp turn at the race’s final descent. She was rushed to the hospital and spent several days in the ICU. She reportedly suffered a concussion and had three spine fractures.

The cyclist was able to recover and even won silver in the women’s road race and gold in the women’s individual time trial event in the 2020 Tokyo Olympics.

Perhaps one of the well-known worst Olympics injuries is that of Knud Jensen because the horrific injury led to the athlete’s death. Jensen was competing in a cycling race in Rome during 42-degree Celsius weather, causing him to collapse. The fall resulted in a skull fracture due to the impact. The Danish cyclist suffered from brain damage. His autopsy report showed that he suffered from heatstroke.

Olympians sacrifice a lot during the training and give it their all as they compete. That’s why they deserve to be celebrated whether they win or lose.

Which of these worst Olympics injuries were you able to witness as it happened? Let us know in the comments below!