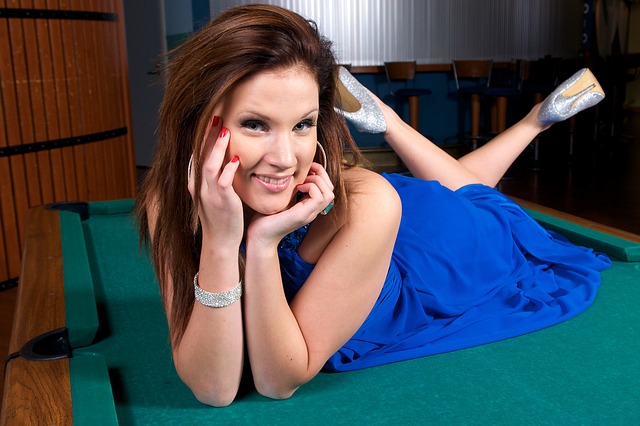 Billiards is not a sport exclusive to men, and these prettiest billiard players prove that they can be just as good as their male counterparts. Their skills on the table have actually made them much more beautiful and attractive in the eyes of their spectators. In China where it is inherent for locals to be competitive, billiards and Chinese 8-ball are gaining popularity and these pretty girls surely contributed to that.

Emily Duddy is considered as one of the most attractive and hottest women pool players. She belonged on TruTV’s pool reality show, “The Hustlers,” where she was a cast member. Emily turned professional at the age of 26 in the year 2010 and also won the title “Rookie of the Year.” In countries including the Philippines, Taiwan, and China, she represented the USA in 7 World Championships. Emily is also known as “The Butterfly Effect.”

Mary Avina is a Spanish-American from Riverside, California, and now lives in Forth Worth, Texas. She started playing billiards at the young age of 14 years old. Aside from being a professional pool player, Mary is also a billiard instructor, a product reviewer/model, and a Trick Shot Artist. Mary also used to be a martial arts instructor, a model, and a painter. Her nicknames are Trick Shot Princess, The Princess of Pool/Billiards, The Red Angel, and Princess.

Angelina Paglia, also known as “Angel,” was residing in Arizona, USA, and was born in Michigan, USA. Since 2004, she has been a touring professional. An interesting fact about her is that she can play the violin, and she is also a synchronized swimmer. Angelina enjoys modelling and acting. She began playing billiards at the age of 10 years old and has held many titles already. Here are some of her accomplishments:

“The Striking Viking” or “Leading Lady of Billiards,” Ewa Mataya Laurance is a Swedish-American that was inducted into the Billiard Congress of America’s Hall of Fame in 2004. She is one of the authors of “The Complete Idiot’s Guide to Pool & Billiards.” She represented Europe at the age of 17 and went to the U.S. for the World Championships. They decided to stay in the U.S. with the support of her family. She is also known as a sports commentator for ESPN and a sportswriter for the Women’s Professional Billiards Association. She was known throughout her career as a trick-shot artist, a television commentator, and a professional tournament player that takes her around the world. Along with her family, she stayed in South Carolina for good since 1999.

Neslihan Gurel is from Ankara, Turkey, and proves to be more than just a pretty woman. She is incredibly athletic, as well. She played volleyball and football. Neslihan is also a swimmer in which she won first place in Ankara Swimming Championships in 1995. Believe it or not, she is also a champion dart player, winning over 30 cups from local and international tournaments. Neslihan was also a Tri-State Champion in 2010, and a runner-up in the 2011 BCAPL National Master Team. Fashion design is her major is fashion design with a focus on shoes that emphasizes her feminine touch.

Borana Andoni is an Albanian brunette who lives in Bronx, New York. Most of her free time, she would be at the Castle Billiards Lounge, which is a sponsor of hers. Borana came from Tirana, Albania, and left for the USA when she was 10 years old. When she was a kid, she studied violin for four years and piano for 12 years. Borana was a musician and was in the top 5% of her class at LaGuardia Performing Arts High School. Her excellent education continued by having a bachelor’s degree in Finance and a minor in mathematics from Fordham University. She is pursuing a master’s in statistics also. She is the 2010 “Predator 9-Ball Tour Female Player of the Year,” Tri-State Tour Champion, and Amsterdam Straight Pool Champion. What more can you ask for with this woman? “Killer B” or “Queen Bee,” a woman of many skills and titles.

Jeanette Lee has won over 30 international and national titles. She is currently ranked number 3 and formerly number 1 player in the world. In 2012, she was inducted into the Women’s Professional Billiard Association Hall of Fame and the BCA Hall of Fame in 2013. In 1998, Jeanette was named the WPBA Sportsperson of the Year and also named Player of the Year honours from both Pool & Billiards Magazine and Billiards Digest. The first time the sport of billiards was included in the World Games in Akita, Japan, Jeanette represented the United States, and she won the gold medal. And in 2013, World Games was held in Cali, Colombia, in which Jeanette participated again.

The “Black Widow” is a mother of 6 and is repeatedly recognized by Billiards Digest as one of the sport’s most influential people. She grew up in Brooklyn, New York, and residing now in Indianapolis, Indiana. She was diagnosed with scoliosis when she was 13. The surgery was a success, but her passion for the billiards game was compromised because of the intense pain.

Jennifer Barretta is from Norristown, Pennsylvania, and her choice of billiards game is the 9-Ball. Thus the nickname “9MM.” Jennifer is born as a competitor and a natural athlete. She is considered one of the top 10 female 9-Ball players in the world. Jennifer first became a tennis player, then competed in fitness pageants. She then pursued her career as a professional billiards player. Jennifer had a Playboy stint granting her a four-page article in the magazine. She was voted “The Top 16 Sexiest Female Athletes” on InGameNow.com and into ESPN’s “25 Sexiest Female Athletes of all time.”

Anastasia Vladimirovna Luppova is the two-time European champion in the Russian pyramid, the champion of Moscow in dynamic pyramid, and a Russian Master of Sports. She was considered the hottest Russian billiards player. In 2009, she won the Miss Billiards competition.

Shanelle Loraine was once called Guam’s best pool player. She was born in Japan and raised in Guam, USA. She started playing pool in the year 2000 and then played for four years for the University of Central Florida pool team. Shanelle hasn’t won any major event as of yet. But she still has beauty, grace, charm, and beauty. 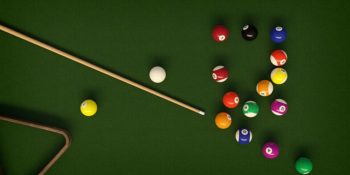 ChinaTop Billiards Players in the World 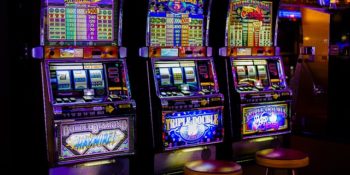 Your Ultimate Guide to Chess in China
read more
Zhang Wei WangDecember 22, 2019
Chess in China The People’s Republic of China is one of the most significant countries ...

Your Ultimate Guide to Badminton Betting in China
read more
Zhang Wei WangDecember 18, 2019
It is well-known that China is the current dominating the game of badminton. Southeast ...

Why Are the Chinese Excelling In Most Sports
read more
Zhang Wei WangOctober 1, 2019
The international sports competitions are highly visible podiums that can be used to ... 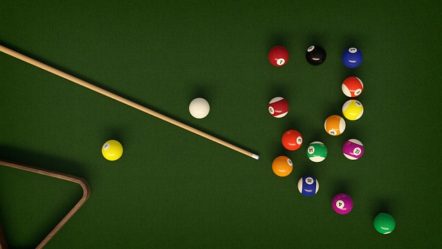 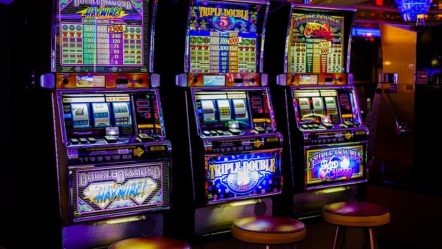 Learn How Slot Machines Work
read more
Zhang Wei WangAugust 28, 2019
When you enter a casino and look at a slot machine, do you often wonder what makes it ...
About Expatbets