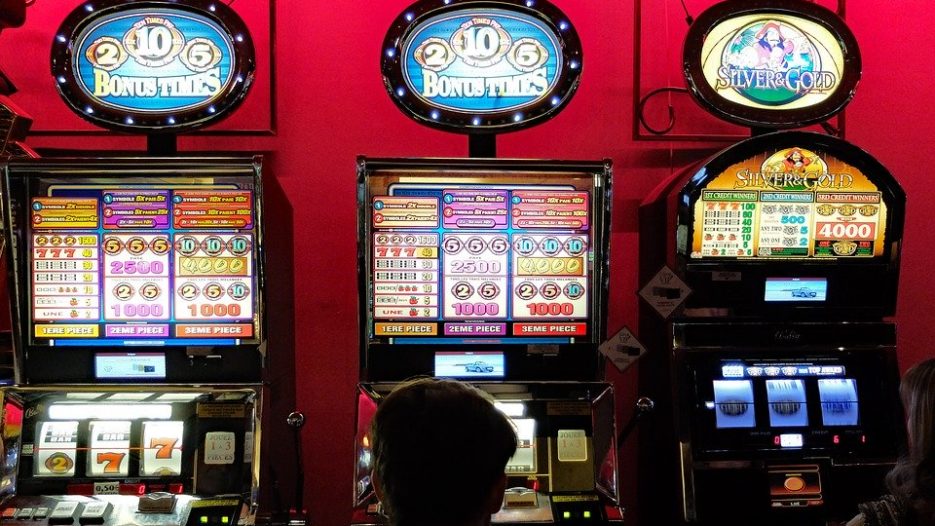 For the past six decades, TV programs have been ruling the charts. Millions of viewers regularly tune in to watch their favorite programs with their family and friends. They even feel emotionally connected to some characters of those programs. After merchandise, video games, action figures of characters, and all sorts of other memorabilia, here comes the TV show-themed online slot machines.

Slot machines are immensely popular for a good reason. They come with some of the most creative, innovative, and original exclusive bonus features. Now, gambling enthusiasts are embracing TV show-themed online slot machines. From your favorite retro cartoons to current hit shows, you can find brilliantly detailed online slots on leading casinos. Sky’s the limit for the types of online slots you can play!

TV series have long been a way for families to spend quality time together. Such programs are often long-running and can go on for several seasons. Hence, it is no surprise that slot game creators harnessed their popularity, developing a variety of TV show-themed online slot machines.

The highly-anticipated season finale of Game of Thrones is finally upon you. The iconic TV show had fans buzzing with excitement and guessing who will get the coveted Iron Throne and rule over Westeros. But if you’re thinking how to fill that void after finishing the series, here’s something for you—the Game of Thrones slot by Microgaming.

As soon as you open the Game of Thrones slot, you’ll see familiar images from the show and hear the iconic theme tune. You can play it with 15 paylines or with 243 ways to win. The Iron Throne acts as a scatter symbol and key to getting a free spin. Select from Targaryen, Baratheon, Stark, or Lannister. Each contains a free spin and multiplier combo and stacked symbols.

Game of Thrones may have come to an end, but you may always relive the drama with the namesake online slot. You can enjoy the game at Betsafe and Bet365.

The Incredible Hulk is a well-known Marvel Comics characters. First aired in the 1950s, the TV series was later re-launched in 1978. The series shows Dr. Bruce Banner experimenting with gamma rays and eventually transforming him into a giant green monster every time he gets frustrated. The Hulk possesses a sub-human mind and superhuman strength. His signature attacking move is the Hulk Smash.

Playtech wanted to capitalize on its popularity by developing an online slot inspired by the 2008 Incredible Hulk movie. The Incredible Hulk slot consists of five reels and 50 paylines. Very much in keeping with the comic book hero, you will also see actor Edward Norton make repetitive appearances on the screen.

Flintstones is an incredibly popular Cartoon Network original produced by Hanna-Barbara. Based on the stone age, the show centers around two families—the Flintstone and their neighbors, the Rubbles. It is among the highest-grossing animated series of all time.

The Flintstones slot is a typical WMS video slot featuring five reels and four symbols on every reel. It consists of three main rounds—the Bedrock Bowling Feature, Yabba Dabba Doo Feature, and Bamm Bamm Feature. The slot has a great sense of humor, sporting bold and big colors that mirror The Flintstones show itself. Also, get ready for the nostalgia brought about by the soundtrack.

The Pink Panther is a hit series that originated in 1963. Several animated TV series and movies later, bumbling French detective Jacques Clouseau won the hearts of numerous fans worldwide. The Pink Panther documents the misadventures of the hilarious detective. Now, you can find multiple video games inspired by the animated Pink Panther character.

Game shows are some of the most significant achievements of TV. Perhaps you’ve seen people win a large sum of money for playing a game and think that could be you. Well, TV game show-themed online slot machines can make that a reality.

Bringing game shows to casinos ensures they everyone can experience them. Whether you prefer quiz games or those based more on luck, you’ll find a slot machine that represents your favorite game show.

Deal Or No Deal

Lauded as the most widely adapted game show ever, Deal Or No Deal is a game of luck and patience. The contestant will pick one from the 26 briefcases, each containing a different dollar value. Throughout the game, they will open the remaining briefcases one by one. Depending on the amount inside the opened briefcase/s, “banker” will offer to buy the player’s briefcase. The contestant may either sell the briefcase or play till the end and win the amount inside their briefcase.

Heavily based on the game show itself, the wild symbol of the Deal Or No Deal slot is the official neon sign of the game show. You will also find other symbols, like banker’s black phone, all over the screen. The slot has five reels and 20 paylines connected to three massive progressive jackpots. You can stake from as low as $0.01 to $100 per spin. The Deal Or No Deal slot also features The Banker’s Best Offer Bonus and Reel Banker Bonus.

Who Wants To Be A Millionaire

Adding to its authenticity is the Who Wants To Be A Millionaire slot’s neon blue theme plus the quiz show’s soundtrack. You will also find several bonus features, including the progressive jackpot opportunity. It is activated when you get at least three Jackpot Ladder symbols on the reels. You can enjoy the Who Wants To Be A Millionaire slot at Bet 365, William Hill, and Unibet.

Wheel Of Fortune is a well-thought-out brainchild of Merv Griffin, heavily based on Hangman. Introduced by International Game Technology in 1996, the Wheel Of Fortune slot is among the earlier TV show-themed online slots. It plays a significant part in IGT’s rise to fame.

The Wheel Of Fortune slot employs a Siberian Storm theme, mirroring the game show. To win big, you have to spin the themed wheel. Moreover, if you find three scatter symbols on the same payline in any direction, they will turn into smaller wheels that can create more symbol combos.

Family Feud is a hit TV game show where two families compete to name the most common responses to survey questions. The Family Feud slot brings the popular game show to life. It features a familiar-looking game background. The Family Feud slot is a five-reel game with symbols ranging from poker card symbols, buzzers, answer panels, the Family Feud logo, and teams of contestants. These symbols keep the excitement at a high level.

Similar to the game show, two families compete for prizes and cash. However, instead of playing against a family, you will compete against the computer. But worry not as you’re smarter than machines and will surely take home cash. The Family Feud slot is somewhat easy to play. You might not go home a millionaire, but you could leave better than you started. That is so long as you play responsibly.

In India, online slots comprise the bulk of titles at leading online casinos. TV show-themed online slots are highly appealing, especially to TV enthusiasts. Players like super themes, instant payouts, and chance to win massive jackpots. Even those who are remotely familiar to the world of casinos can recognize a slot machine.

But regarding its legality, the online gambling legislation in India is vague. The country regulates gambling at the national and state levels. However, the laws don’t specifically mention online gambling, so it stays in a grey area. While India bans most forms of real-world gambling, there are no legal means for prosecuting online gamblers. 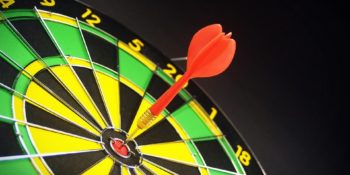 IndiaSkill vs. Chance: Which Casino Game Is for You 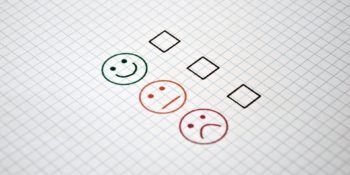 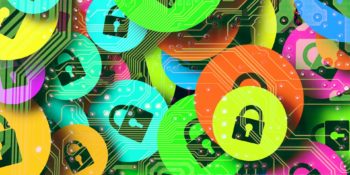 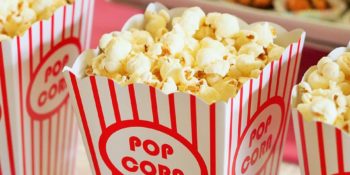 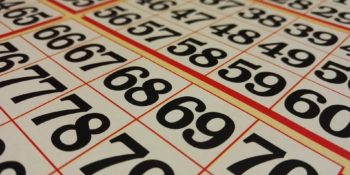 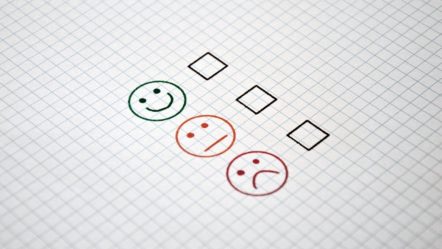 Slot Machine Do’s and Don’ts for Newbies
read more
Najwa MuhammadJuly 31, 2020
Bonuses only available until MIDNIGHT Monday August 10th 2020 – Do NOT miss out, ... 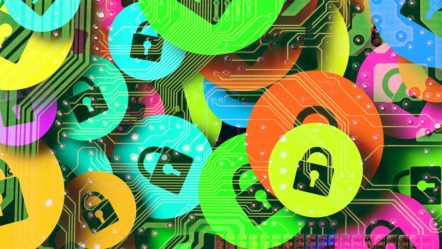 Common Types of Fraud in Online Gambling
read more
Zhang Wei WangJuly 24, 2020
Online gambling being inherently risky and prone to fraud is part of the thrill. Over ... 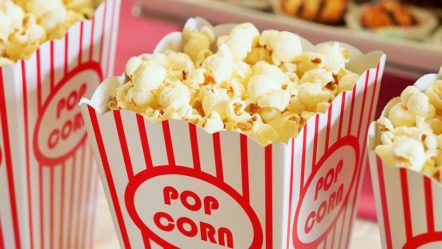 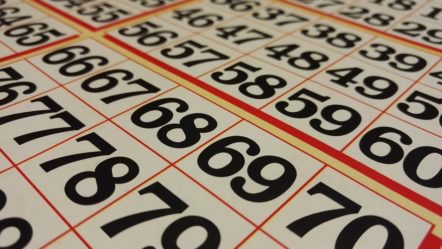 Tips for Choosing the Best Bingo Site
read more
Vivaan AgarwalJuly 10, 2020
Gradually vanishing are the days of playing bingo at community halls. Like several other ... 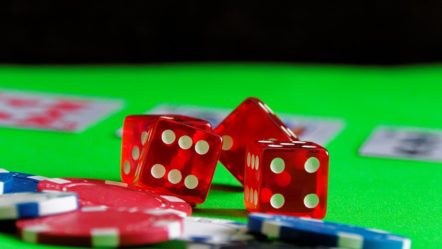 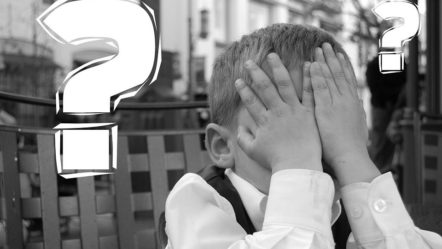